It is no secret that the conditions for young workers are deteriorating. Many are not only struggling to keep up with rent increases and the cost of living but are also lumbered with overwhelming student debt. The Canadian Union of Public Employees (CUPE) states that it recognizes young workers as especially vulnerable to exploitation as many of them work precarious contract positions characterized by minimum wage with no benefits or pension. Their own statistics show a 30 per cent drop in full-time employment among young workers. The needs of young workers are becoming increasingly important if the current labour movement is going to be effective in protecting the right to organize in the workplace. However, the perception of unions as untrustworthy and ineffectual bureaucratized institutions serves as a barrier to many young workers who are hesitant to get involved. Unfortunately, the recent actions of CUPE National only serves to further reinforce this cynicism. 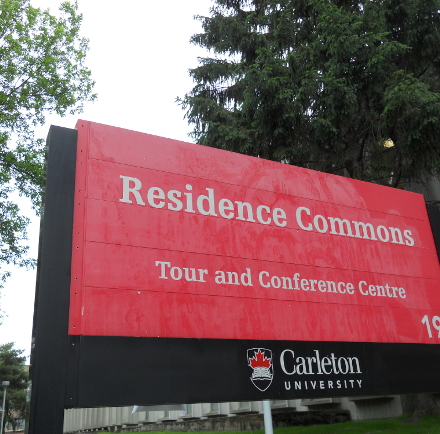 Residence Fellows are among the most overworked and precariously employed workers on a university campus. They are the front line workers for students living in residence and are expected to maintain a high level of visibility. Carleton University in Ottawa describes Residence Fellows as encompassing a scope of roles including “leader, administrator, facilitator, and educator.” The position is usually reserved for upper-year undergraduate student-workers who deal with a multitude of issues in their jobs from underage drinking to sexual assault and suicide intervention.

Residence Fellows at Carleton are also faced with unsafe working conditions. Female Residence Fellows were met with blatant sexism and told to “calm down” and “stop blowing things out of proportion” when they approached Housing and Conference Services with accounts of being actively harassed and intimidated by a male coworker. In another incident, a Residence Fellow brought concerns to management that a student was targeting her through physical intimidation, verbal threats, and cyber-bullying. The floor she lived on was trashed and the door to her room had been tagged with sexually derogatory slurs, but it fell on deaf ears. Undermining her authority to issue sanctions to students, management allowed the harassment to continue for months. According to sources, the situation finally spun out of control resulting in a brawl breaking out on the floor involving approximately 50 students.

Residence Fellows had been organizing to form a union for several weeks putting themselves at great risk in the process. A union could have raised awareness of the issues they face as university employees, pressure the University to sit down and negotiate a fair collective agreement, as well as allow workers to grieve Housing Services’ failure to comply with the Occupational Health and Safety Act. Residence Fellows were well on their way to succeeding until they received shocking news on December 1 of this year from CUPE – which boasts a membership of over 627,000 workers – that the union would not be accepting their application to unionize after all.

The decision came from on high: the President’s office at CUPE National. Once the news surfaced the organizers were outed to management at Carleton. Workers were threatened with being fired for even mentioning the word “union.” Organizers were cut off from any support leaving them to deal with potentially volatile situations on their own. Isolation and retaliation made their working conditions intolerable. Three workers, including Marina Tronina and Miranda Moores, resigned as a result and because their employment was tied to their room and board on campus, this meant losing their homes as well. Moores explains, “We can’t work there anymore. Understand we didn’t resign simply because the environment was hostile; we resigned because we could not work there safely. It is too dangerous.”

A Union Campaign Squashed… by a Union

CUPE Local 4600, already representing Teaching Assistants (Unit 1) and Contract Instructors (Unit 2) on campus, had been working with the Residence Fellows to push for the formation of a third Unit that would join them with the Local’s membership at Carleton of about 2500 workers. Local 4600’s membership shares many of the same employment concerns as the Residence Fellows including issues of overwork, harassment, and job security. It seemed to make sense to approach CUPE National with the campaign.

On November 21, Colette Proctor, CUPE National Organizing Representative, sent out an email stating, “as long as the Local is fine with the possibility of having to cover the group I think we can organize them.” By November 24 a total of 31 union cards were signed reaching the “50% plus one” requirement in order to proceed with a certification vote. It was then that CUPE National killed the campaign.

When reached by Local 4600 to justify their decision, the National office sent staff members Colette Proctor and Francois Bellemare, Assistant Director of Organizing and Regional Services, to receive the heat and deliver National’s explanation. When asked why the go ahead to sign cards was given before an official decision had been made Proctor responded with, “I didn’t foresee National having a problem organizing the group.” If the staff in the Organizing Department was so certain that the campaign would be approved, why did CUPE National ultimately decide to turn its back on these precarious workers?

The reasons given for not organizing the Residence Fellows were weak and nonsensical indicating a clear lack of understanding of the experiences of young student-workers in the post-secondary sector. According to Bellemare, CUPE National feels that the union would not have been able to provide or maintain appropriate services and “make a big difference” to these workers since they work on limited one-year contracts. This is rather alarming as the Teaching Assistants and Contract Instructors of Local 4600 only work four-month contracts. Nor does CUPE National consider Residence Fellows to be in an employer-employee relationship with the University since they work for room and board. However, they are members of the Residence Life Staff who do indeed work for the University and, although they do not receive take home pay, they are required to pay income tax on the amount of their earnings.

Now, Residence Fellows left behind have to deal with the aftermath. “We can no longer work there and Housing Services are now free to exploit workers who are still there. All the organizers are gone,” says Tronina.

Dan Preece, Vice-President of Unit 2 at Local 4600, elaborates, “There were options before. Now they are abandoned and this has created a poisonous environment. Workers are either too scared to say something or they have absolutely no faith in unions… Nobody should be signing a card if the decision from National could go either way. CUPE National needs to consider the human cost here.”

The “Year of the New and Young Worker”

The rejection of the Residence Fellows’ unionizing efforts is particularly troubling considering CUPE National designated 2013 the “Year of the New and Young Worker.” At their 2013 National Convention in Quebec City, CUPE held a Youth Forum in order to connect youth activism with the union. CUPE describes the forum as including a “lively conversation” about “breaking down barriers and building community throughout the union.”

Lydia Dobson, Recording-secretary of CUPE Local 4600, remembers the event quite differently. With only a handful of people in attendance, the voices of young workers were hardly being heard. In fact, she was so concerned about the lack of representation of the issues of young workers she challenged Paul Moist as presidential candidate by running from the floor in protest. Dobson received 21 per cent of the vote. While Moist expressed his preference for winning the presidency over acclamation to the press, one may wonder if there is a connection between the rejection of the Residence Fellows application to unionize through Local 4600 and what happened at convention.

Regardless, CUPE National is on record as saying that “the issues facing young workers need to be connected to all aspects of the labour movement.” But without efforts to actually support the needs and struggles of young workers (many of whom are not yet unionized) the so-called “Year of the New and Young Worker” is reduced to so much empty rhetoric and fist waving for the cameras.

A Sad State of Affairs

With the right to collective bargaining under attack by anti-union governments and bosses, fighting back matters and there is strength in solidarity. The labour movement has a strong history of workers who risked their lives demanding respect, safety, and fair treatment in the workplace. CUPE National’s recent actions puts that history to shame and serves as a harsh reminder of how bureaucratized union institutions can actually impede workers fighting for their rights.

The Residence Fellows at Carleton University deserve to be treated with dignity and respect by their employer. It certainly should not be too much to ask that the same be expected of Canada’s largest union, which claims to be “committed to improving the quality of life for workers.”

At the time of writing CUPE National President, Paul Moist has yet to agree to meet with either the Residence Fellows or Local 4600 about this matter. Nor has he taken any responsibility or offered compensation of any kind to the three workers who lost their jobs and their homes as a direct result of this debacle. •

Priscillia Lefebvre is a rank-and-file CUPE member. She is also a contract instructor and Ph.D. candidate in the Department of Sociology and Anthropology at Carleton University.