The appointment of Mark Carney as next Governor of the Bank of England has been greeted with universal acclaim. In the House of Commons Ed Balls was quick to congratulate Chancellor George Osborne on his choice, and on the evening TV news both former Chancellor Alistair Darling and self-styled monetary maverick David Blanchflower were of the same opinion. Here was a giant of financial regulation, with a PhD in economics, ten years at Goldman Sachs, singlehandedly responsible for guiding Canada to the quickest post-2008 recovery among the G7 countries, and appointed in 2008 to chair the Financial Stability Board set up by the G20. So what’s not to like? 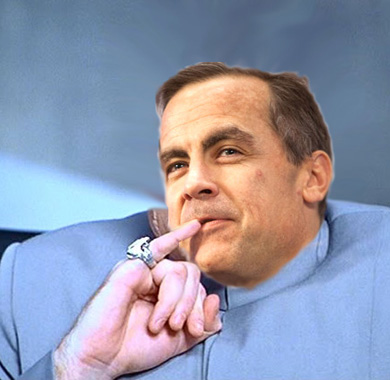 For a start, many of us might wonder about appointing a foreigner to head a country’s central bank. True, like many Canadians, he has studied and worked in the UK; he is married to a Briton, and intends to apply for British citizenship (no work permit problem for him, of course). But he will have to rely heavily on the local knowledge of long-serving Bank of England insiders, including Deputy Governor Paul Turner who was passed over in Carney’s appointment, until he becomes more familiar with the peculiarities of British capitalism. He also takes over at a time when the Bank of England’s responsibilities are expanding substantially. The Bank’s new Financial Policy Committee will undertake ‘macro-prudential’ regulation of UK finance, and in addition, the new Prudential Regulation Authority which will regulate individual institutions is to be a subsidiary of the Bank.

Then there are the question-marks over the widely-repeated claims that Canadian banks had been so well regulated that they rode out the financial crisis of 2008 without any having to be taken over or bailed out. Well, there’s bailing out, and there’s bailing out. Canadian critics have pointed out that these banks were up to their necks in potentially dud mortgages, and only pulled through because of massive public support. David Macdonald’s analysis is worth quoting at length:

“between October 2008 and July 2010, Canada’s largest banks dipped into programs provided by the U.S. Federal Reserve, the Bank of Canada and the Canada Mortgage and Housing Corporation (CMHC) – all at the same time. Both the U.S. Federal Reserve and the Bank of Canada offered short-term collateral­ized loans which peaked at $33-billion and $41-billion Canadian dollars re­spectively. CMHC was buying mortgages directly from the banks after they had been converted to mortgage-backed securities. By the end of this pro­gram, CMHC had purchased $69-billion worth of mortgages. At its peak in March 2009, support for Canadian banks reached $114-billion. To put that into perspective, that would have made up 7% of the Can­adian economy in 2009 and was worth $3,400 for every man, woman and child in Canada.”1

Carney was appointed Governor of the Bank of Canada only in November 2007, but he had joined the bank as Deputy Governor in August 2003, being seconded to the Department of Finance as senior associate deputy minister from November 2004 until he returned to the Bank of Canada.2 We can only assume that, like nearly all senior public officials supposedly supervising the banking sector, he shared the view of U.S. Federal Reserve head Ben Bernanke that these were the years of “the Great Moderation.”

But such concerns would apply to pretty much any plausible candidate for Governor – certainly to the ‘insider’ candidate Paul Turner. What is much more important is that before his 2003 appointment, Carney worked for Goldman Sachs, just like Mario Draghi at the ECB, Hank Paulson, Robert Rubin and so many other top officials.3 For anyone seeking to rebuild the UK economy on a sustainable basis, with due regard for economic security and social justice, Carney’s appointment confirms our worst fears – that the UK financial services sector exists to serve not working people living in these lands, but a global super-rich determined to use the global crisis as a springboard for consolidating their wealth and power.

What the commentariat is wilfully ignoring is the true role of the City of London. Far from being first and foremost at the service of the UK economy, it is the leading centre for global and ‘off-shore’ finance, a role it held historically before the first world war, and has regained following the 1987 ‘Big Bang’ of financial deregulation. This explains why the ratio of total bank assets to GDP is so much higher for the UK than for any other country, and why London was the epicentre of efforts to contain the 2008 crisis. It also explains why, despite the lip-service paid by both Osborne and Balls to the goal of restoring lending to UK firms and households, their real priority is to protect the City’s global leadership, and its freedom from tiresome local regulation. Having all the world’s major banks route so many of their transactions through London created jobs and tax revenues, without the sustained effort required by the renovation of infrastructure and by investments in education and technology. It also provides lucrative post-political careers for the present generation at Westminster (such as Tony Blair). And of course, Parliament’s continued refusal to do anything substantive about tax-dodging and money-laundering adds a good dollop of icing on the cake for London’s financiers.

The new Governor admirably fits the bill for a City of London that puts the global super-rich before the people. His educational and employment record qualifies him as a member of the global political and financial elite, alongside people like Mario Draghi at the European Central Bank and Angel Gurria at the OECD. As well as heading the FSB, Carney is also a member of the shadowy Group of 30, which brings together leading current and past ministers of finance, central and other bankers, and selected economists. At the same time, he can present himself as an open-minded social liberal; back home he has made positive comments on the Occupy movement, praising their desire for public debate, and this summer he was invited to speak at the convention of the Canadian Auto Workers union.

But do not imagine, for one moment, that Governor Carney will question the present thrust of Osborne’s austerity policies, or the very limited banking reforms proposed by the Vickers Commission, as Mervyn King has done in the last year or so. On the contrary, it is precisely to avoid any straying in that direction that Adair Turner, director of the Financial Services Authority, and still more the Lib Dem MEP Sharon Bowles, were rejected. Carney has happily served the Tory Harper government in Canada, which since winning an absolute majority in last year’s election has been relentlessly trying to finish the task of destroying what’s left of a welfare state and a public sector.

So the most likely outcome is to ensure that the City of London, a state within a state enjoying unique constitutional exemptions within the UK, will continue to determine our economic policies to the benefit of the global super-rich, as they have done down the ages. •