SYRIZA’s Proposals: The Exit From the Crisis Is On the Left

1. Creation of a shield to protect society against the crisis: 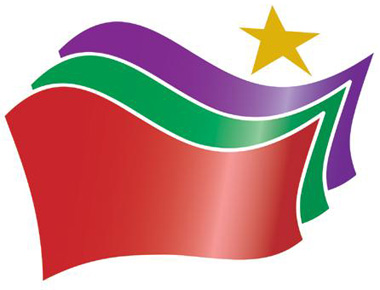 2. Disposal of the debt burden:

The national debt is first and foremost a product of class relations, and is inhumane in its very essence. It is produced by the tax evasion of the wealthy, the looting of public funds, and the exorbitant procurement of military weapons and equipment.

We are asking immediately for:

3. Income redistribution, taxation of wealth, and elimination of unnecessary expenses:

The constant degradation of labour rights, coupled with embarrassing wage levels, does not attract investment, development, or employment.

Instead, we are calling for:

6. Deepening Democracy: democratic political and social rights for all:

There is a democratic deficit in the country. Greece is gradually being transformed into an authoritarian police state.

We are calling for:

7. Restoration of a strong welfare state:

Anti-insurance laws, the shutdown of social services, and the steep fall in social expenditures under the Memorandum have turned Greece into a country where social injustice reigns.

We are in need of:

8. Health is a Public Good and a social right:

Health care is to be provided for free and will be financed through a Public Health System. Immediate measures include:

9. Protection of public education, research, culture, and sports from the Memorandum’s policies:

With regards to education, we are calling for:

10. An independent foreign policy committed to the promotion of peace:

The capitulation of our foreign policy to the desires of the U.S. and the powerful states of the European Union endangers the country’s independence, peace, and security.

Furthermore, on the basis of international law and the principle of peaceful conflict resolution, we will pursue improvements in Greek-Turkish relations, a solution to the problem of FYROM’s official name, and the specification of Greece’s Exclusive Economic Zone.

The incumbent economic and social system has failed and we must overthrow it!

The economic crisis that is rocking global capitalism has shattered the illusions. More and more, people understand that capitalist speculation is an inhuman organizational principle for modern society. It is also widely acknowledged that the private banks function only for the benefit of the bankers, harming the rest of the people. Big business and bankers absorb billions of euros from health care, education, and pensions.

An exit from the crisis requires bold measures that will prevent those who created the crisis from continuing their destructive work. We are endorsing a new model for the production and distribution of wealth, one that will include society in its totality. In this respect, the large capitalist property is to be made public and managed democratically along social and ecological criteria. Our strategic aim is socialism with democracy, a system in which all will be entitled to participate in the decision-making process.

We are changing the future; we are pushing them into the past!

We can prevail by forging unity and creating a new coalition for power with the Left as a cornerstone. Our strength in this endeavour is the alliance of the People: the inspiration, the creative effort, and the struggle of the working people. With these, we will shape the lives and the future of a self-governed people.

Now the vote is in the hands of the People! Now the People have the power!

In this new election, the Greek people can and must vote against the regime of the Memoranda and the Troika, thus turning over a new page of hope and optimism for the future.

For Greece and for Europe, the solution is with the Left! •