Larry Lohmann is a scholar and activist who works with The Corner House, a UK-based NGO that supports democratic and community movements for environmental and social justice. As part of NLP’s series of pieces around this year’s Socialist Register – The Crisis and the Left – Lohmann spoke to Ed Lewis about his contribution to the volume, “Financialization, commodification and carbon: the contradictions of neoliberal climate policy.” This interview was first published on the New Left Project website.

Ed Lewis (EL): The image of carbon markets that still seems to prevail in the minds of many is that of ‘cap and trade’ – governments set overall limits on the amount of greenhouse gases (GHG) that may be emitted and permits to the right to emit are then traded amongst different economic actors. With this image in mind, many see the key issue as being whether states are able to agree amongst themselves a sufficiently low limit of GHG emissions and question of whether or not there is a carbon market in place to distribute the emissions as a secondary issue. What do you see as being wrong with this picture? What are the intrinsic problems with carbon trading?

Larry Lohmann (LL): The carbon market creates new asset classes (and opportunities for accumulation) at a time of profit crisis. It is part of a ‘new phase of accumulation’ that is also reflected in – to take two other prime examples – the trends in public service commodification described in Ursula Huws‘ chapter in this year’s Socialist Register, and the growing global trade in ‘ecosystem services’ generally.

It is this promise of augmenting a new phase of accumulation, more than the promise of addressing global warming, that makes carbon trading attractive to (some layers of) finance, industry and the state. So it should not surprise us that the ‘caps’ set by ‘cap and trade’ systems wind up being set at a level that has no effect on global warming, but that (with a bit of luck) creates just enough scarcity to sustain carbon commodity formation.

To put it in another way, carbon markets are not designed in a way that would threaten the continued extraction and burning of remaining fossil fuels. No matter that the latter is the primary cause of the climate crisis – the important thing has always been to keep fossil fuel use going because it is so central to labour productivity. The genius of carbon markets is to create a new asset class that performs alongside, and reinforces, continued fossil fuel use, rather than interfering with it.

Carbon market architects achieve this feat, it should be emphasized, not only by ensuring that caps are lax. They also undermine whatever caps are legislated by allowing the import into capped regions (such as Europe) of carbon pollution permits manufactured in countries like India, China, Brazil and Mexico. With the help of the UN, big businesses operating in such countries produce these carbon credits (or ‘offsets’) by claiming to ‘avoid’ emissions that without carbon finance would be ‘inevitable.’ Coal mines in China and coal-fired power plants in India, for example, can sell pollution rights to European coal-fired plants that enable them to evade European pollution legislation – as long as regulators are satisfied that the Chinese or Indian operations are comparatively ‘efficient’ or are burning off waste methane rather than releasing it directly to the atmosphere. It’s a free ride for continued fossil fuel use in both North and South.

So when various pundits assure us that cap and trade will become effective when governments finally decide someday to set serious caps, it’s just talk. It’s not going to happen. It hasn’t happened in 15 years of the Kyoto Protocol, and it’s not going to happen. On the contrary, industrialized countries such as the U.S. are working overtime to scrap even Kyoto’s derisory caps – to try to have a carbon market without emissions limits. And caps will continue to be undermined by the global offset trade.

Hence it’s not that carbon markets are ‘secondary’ to the real issue, which is the setting of emissions limits. It’s just the opposite. The real issue is the construction of new potentially trillion-dollar climate service markets. The level of caps mooted in the process is secondary and almost incidental, and tailored to the need to keep coal, oil and gas coming out of the ground.

EL: You link the failure of carbon markets to the ways in which they mirror and connect with financial markets. What is the nature of the relationship between these two kinds of markets?

LL: Connected with financialization has been the explosive growth of new financial commodities – in particular uncertainty commodities. ‘Risk products’ have multiplied. But such products have a lot of (as it were) ‘internal’ contradictions. To be liquid, to be able to circulate as desired, such commodities have to pass through certain processes of quantification, standardization and so on.

But it’s not so easy to do this on the scale required and get away with it. You can’t, for example, reduce all uncertainties to measurable probabilities without certain consequences eventually catching up with you. Some of those consequences became evident in the 2008 crash, which was, according to some of the mathematical models used on Wall Street, an event that should never have occurred in the history of the universe.

The logic is not really that different from that of the standardization and fragmentation connected with commodification of public services that Ursula Huws talks about. And a similar logic is at work with prospective ecosystem service commodities such as climate services. To a certain (more disguised) extent, it’s even similar to what Karl Polanyi called the “fictitious commodities” of land, labour, and so on. We don’t notice the problem so much with bread or computer chips – you can send standard loaves or standard chips around the world and you know what you are buying or selling. And to a certain extent it is possible to create a world in which it becomes feasible to ‘measure’ land and (abstract) labour. But all of this requires a lot of work, as Marx and others emphasized. This work becomes especially complicated and fraught with things like ecosystem services, where attempts to specify the commodity are leading to all sorts of blowbacks. These are not ahistorical ‘limits on commodification’ but rather contradictions that unfold and proliferate in the course of events, depending on specific materialities and states of negotiation that involve both humans and what used to be called non-human nature.

The equations that carbon markets rely on give us good examples. The carbon commodity is developed through various measurement procedures that are of a different order from weighing loaves of bread, verifying that a bag of maize is No. 2 yellow, or X-raying computer chips (not that these latter are unproblematic!). For instance, biotic carbon is set ‘equivalent’ for trading purposes to fossil carbon. And for carbon offsets, hypothetically ‘avoided’ emissions have to be measured and compared with actual emissions reductions. These equations represent not just processes of abstraction, but also involve the fusing of domains that are in some ways historically, socially, and ‘naturally’ mutually incoherent. To what extent you can do any of this depends on how far you are willing and able to go and what you expect to be able to achieve. For example, ignoring the different climatic roles played by fossil carbon and biotic carbon will mean that you might be able to set up a certain kind of trade, but that that trade will make climate change worse rather than cutting the cost of climate change action. Similarly, equating counterfactual and real CO2 reductions carries all sorts of political blowbacks connected with, for example, the fact that to do so you have to attribute agency to capitalists while treating everybody else as an automaton, or to conflate market incentives with the rule of law.

EL: In debates over the austerity measures that are being forced through across many Western countries, many on the left have found themselves defending public spending as a way of boosting economic growth in order to move out of recession and as a more humane way of dealing with budget deficits. However, the leftist critique of economic growth, from an environmental and social perspective, appears incompatible with this argument – and has indeed faded from view somewhat. What’s your response to this apparent contradiction?

LL: Farhad Araghi has a nice article called “The End of Cheap Ecology” in which he stresses the need to see both classical Keynesianism and the neoliberal expedients of extended “micro and macro credit and debt-based globalization” as part of a single “long Keynesianism” of demand management whose time is now past. “Those who construct ‘global Keynesianism’ as a counter-alternative to ‘global neoliberalism’,” Araghi writes, “disregard that both perspectives have a shared history of externalising the environment.”

The theft of ordinary peoples’ lives and livelihoods in both North and South that is proceeding in the wake of the latest crisis is not going to be effectively countered, even in the short term, by trying to “boost economic growth in order to move out of recession.” That is likely to have the opposite effect. This ongoing robbery is more likely to be effectively countered by more radical and innovative strategies that bring together, for example, decommodification movements in countries like South Africa, ‘keep oil in the soil and coal in the hole’ movements in countries like Nigeria and Canada, demonstrators on the streets in Greece and Spain, unions in Colombia or the UK organizing around fair transition agendas, farmers networks organizing around low-carbon agriculture and movements mobilizing around the practice of buen vivir in Ecuador or Bolivia.

EL: How do you hope the climate justice movement will respond to the upcoming UN conference on climate change in Durban?

LL: The question is more how the parties to the UN apparatus are going to respond to the fact that the initiative on climate action has at long last passed to popular movements, where it belongs. Movements in Durban to reclaim people’s rights will be joining together with colleagues throughout the world to issue notice that the now-discredited ‘Conference of Polluters’ is not welcome in their town, with a full programme of blockades, marches, teach-ins and exchanges and organizing opportunities of all kinds. The title of a book which will be released on the occasion tells the story: Durban’s Climate Gamble: Trading Carbon, Betting the Earth. • 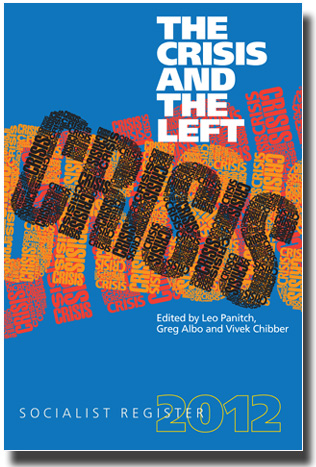 Larry Lohmann is a scholar and activist who works with The Corner House, a UK-based NGO that supports democratic and community movements for environmental and social justice.