Resisting Expropriation of the Occupy Movement

The occupy movement is currently being forcefully dismantled by police across North America and Europe. The pretext for these police interventions are health and safety concerns, but the reality is that public space is being re-occupied by the status quo. This is a status quo that would rather see public spaces pacified and vacant. This is a status quo prepared to use police violence to expropriate those most in need of the community that the occupy movement provides. These expropriations also reaffirm the fact that challenges to the prevailing order are generally met with brute force. There is a pressing need to assist and participate with those still entrenched in the occupations, and there is an equally pressing need to discuss where to go from here. 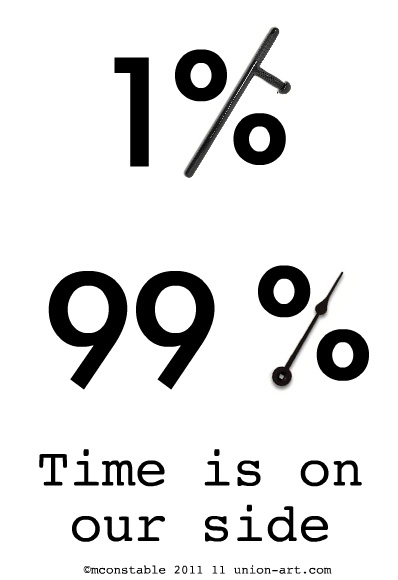 Municipal officials have served eviction notices to occupants across North America and Europe over the past three weeks. A more honest account would call these evictions what they really are: expropriations. The 99 per cent are being expropriated of their right to freedom of speech and assembly. The liberated commons are gradually being re-occupied by those in power. It is critical to note that these expropriations are not simply ending the occupations. These expropriators are ending one of the most creative uses of public space in recent North American history. These occupy communes offered a radical alternative to the prevailing and increasingly delegitimized social order.

It would be wrong to place the occupation movement on a pedestal. People have died at the occupations in North America, revealing the social ills that many of the 99 per cent face on a daily basis. A critical look at its achievements thus far is nevertheless revealing. A recent poll by Nanos confirmed that 58 per cent of Canadians have a favourable or somewhat favourable impression of the movement. More importantly, the occupy movement has fundamentally changed the nature of public debate. Conservative and liberal pundits alike are openly challenging rising levels of inequality and social malaise in Canada. People are questioning the longevity of a system that places profit over the planet.

In this respect, the occupy movement is certainly a source of fundamental social change. As with any social change, it is necessary to foster a change in thinking before concrete realities can alter. The occupy movement has very effectively brought capitalism and its neoliberal variants into question across a fairly broad stratum of society. The last time an ideological challenge of this nature occurred was arguably with the introduction of neoliberalism in the 1960s and 70s, which was only possible to introduce in places like Canada and the United Kingdom because neoliberal ideas were fostered and resonated with broad segments of the population.

We may be witnessing a pendulum swing away from these ideas, and the occupy movement has fostered this change in thinking to a considerable degree. However, it would be a grave oversight to neglect the root causes of this gradual ideological shift. People are questioning the prevailing order because of the latest crisis of capitalism, which continues to have widespread and often fatal consequences for the 99 per cent. The occupy movement was a manifestation of the crisis tendencies of global capitalism.

The changes fostered by the occupy movement also extended beyond ideological gains. Namely, a social system was created within these public spaces which encourages participants in the movement to contribute to the collective needs of the commune. Free food and basic needs are produced and distributed in a spirit of cooperation and equality. Artistic projects are flourishing along with regular workshops and popular education projects. Regular public discussions are being held with substantial attendance from a broad cross-section of society. These discussions are highly participatory and address issues ranging from fiscal austerity to the future of our education system and the growing prison system in Canada. Workshops are being given on shoe-making, writing and a variety of other practical skills. The decision-making process is radically horizontal and non-hierarchical.

In short, a new social system has been created within these communes that take the principles of equality, democracy and freedom seriously. Dismantling the occupations is not therefore simply ‘cleaning out’ a public space. These physical evictions are an abrupt and deliberate attempt to end a political movement and the seeds of an alternative future. All of this is being expropriated by resorting to state power and police force.

Eviction notices were served on November 15 in Toronto and occupations have already been physically dismantled across the United States, Halifax and London, Ontario. A standard trend is for public authorities to first delegitimize the occupations. Vancouver mayor Gregor Robertson called the west-coast occupation “squalid,” and recent media coverage has emphasized the presence of drugs, abuse and criminality.

These concerns are legitimate but one-sided. Church and intervention groups are increasingly active on site to address these concerns. It is also worth noting that the occupy movement has sought to address these concerns from its inception by focusing on inequality. By dismantling the occupation communes, municipal and city officials are simply sweeping these social issues from the public eye rather than addressing their root causes. Clear parallels can be drawn with the Harper Conservative’s tough-on-crime agenda. Rather than trying to address the root problems of crime, the Conservatives are creating draconian laws and building super-prisons, which effectively sweep social issues out of sight by criminalizing inequality.

Once the occupations are sufficiently delegitimized in their particular locales, an overwhelming police presence arrives and forcefully dismantles the entire commune. Canadian activist Derek O’Keefe rightly congratulates the 1 per cent for this resort to violence:

“Congratulations for demonstrating, with this cynically timed manoeuvre, that when push comes to shove the police exist to serve and protect your vested interests. Congratulations on teaching a new generation this painful but necessary lesson about the true function of the police in a capitalist society. You deserve thanks for proving that when consent falters you’ll resort to force to maintain your hegemony – liberal democracy, when it is by and for the 1 per cent, must have its limits.”

Occupy and the Future

These evictions should not be regarded as the end of a movement. The occupations continue to spark a desperately needed discussion about the state of the world and our natural environment. These police evictions should be regarded as a re-occupation by the status quo after roughly a month of liberation and popular discussion. Participants and supporters of the occupy movement should actively support and engage with existing occupations with materials, physical presence and intellectual engagement. Ongoing movements must address the delicate issue of tactics when thinking about the future of the movement.

There have been encouraging signs on some of these counts. Two members of the local Oakland government resigned in protest against the violent expropriations there. “The people who are working for these mayors and police and so on are doing Wall Street’s business for them, and we need to stand up against it,” said Dan Siegel, a member of the Oakland mayor’s legal counsel. Nevertheless, more can and should be done in the immediate future to support and stand alongside the occupy movement.

Dissident academic Slavoj Zizek is also right to challenge people who argue that the occupy movement must crystallize toward some concrete ends. He argues that “what one should resist at this stage is precisely such a quick translation of the energy of the protest into a set of concrete pragmatic demands.” At the same time, he quotes GK Chesterton as saying that “the object of opening the mind, as of opening the mouth, is to shut it again on something solid.” The occupy movement currently faces the prospect of having its mouth forcefully shut. Our pressing task is to insure that this mouth remains open wide for as long as possible.

The movement has clearly begun to close its teeth on something solid as well. The movement is rightfully not chomping down on little morsels like minor banking and social reforms. Indian writer and activist Arundhati Roy makes very clear that people have begun to demand “the dismantling of this particular model, in which a few people can be allowed to have an unlimited amount of wealth, of power, both political as well as corporate. You know, that has to be dismantled.” The occupy movement has radicalized new segments of the population and inspired widespread popular support. It appears that these ideas are crystallizing into general strikes and economic disruptions in the United States, Québec and elsewhere. These are encouraging signs worthy of support. •

Matthew Brett is an organizer based in Montreal. He blogs at matthewbrett.ca, follow him at @MattBrett_.