The G20, Capitalism and Austerity

The Group of Eight (G8) is an annual forum for the leadership of the leading capitalist countries. It was first created in 1975 (then as the G6, as Canada did not join until the next year to form the G7, and Russia was not added until 1997), at the instigation of the U.S. and France to deal with the economic crisis that had broken out in 1973, and the need to re-make the international economic order. In particular the international financial and trading systems had to be reconstructed in the wake of the falling apart of the gold-exchange system and of the fixed exchange rates between national currencies.

One of its objectives of the G7 was to re-affirm the U.S. dollar as the anchor to the global economy, and begin to co-ordinate an agenda among the leading powers to push-back against the encroachments being made by non-capitalist regimes around the world, particularly in the Global South, and by Left parties in the capitalist core countries. Its second agenda item was to begin forming the neoliberal policy agenda as the regulatory framework for economic policy-making. In other words, the work of the G8 has been central to the making of neoliberal globalization, and the various Summit resolutions can be read as a summary of that progress. 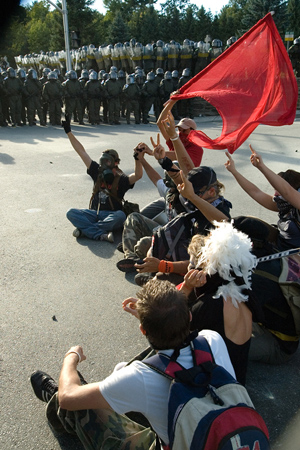 The Group of Twenty (G20) has origins within these same processes as the International Monetary Fund (IMF) and the World Bank formed the Washington Consensus incorporating some key nations in the Global South that were allies of the U.S. in its deliberations. But more formally, the G20 emerged as a response to the Asian Crisis of 1997-98, and the need to widen the co-ordinative mechanisms between the leading capitalist powers, and incorporating emerging powers like Brazil, China, India, South Africa and so forth. As the G20, the core agenda remains the same – stabilizing the world capitalist system within the confines of neoliberal economic and social policies.

This is, indeed, what has given special urgency to the meetings of the G20 over the last few years, as the financial crisis of 2007-10 has required common efforts at rescues of the financial system and of fiscal stimulus. The G8/G20 meetings in Huntsville and Toronto, Ontario in the last week of June will continue on with this agenda. But in this case, it will be dominated by a focus of imposing austerity on the public sector, having the working classes pay for the bailout of the financial crisis, how to minimize new financial regulatory plans, and to try to push the emerging economies (and Germany) to play a larger role in stimulating world demand and away from the U.S. as ‘consumer of last resort.’ This will be an agenda to keep reconstructing and deepening neoliberal globalization.

Canadians know well G8/G20 Summit politics. In returning from meetings of the G7 through the 1970s, Prime Minister Pierre Trudeau would affirm the shift of Bank of Canada policies toward monetarism that had occurred in 1975, bolster government policies of wage restraint and argue for the need for fiscal restraint. The meetings were integral to the ideological and policy consensus that led to the construction of the neoliberal state in Canada – begun by the Liberal Party and now reaching its highest development under the hard Right Conservative government of Stephen Harper. Political resistance to these Summits has a long history dating back to the G7 meeting in Montebello in 1981 and the major counter-Summit organized at the Toronto meeting of 1988 (one of the first of its kind). Indeed, large protests and resistance have become central symbols of the dissent to neoliberal globalization, of the need for social alternatives, and of a fledgling anti-capitalist movement deepening its campaigns and organizational capacities (in Canada, at Halifax in 1995 and Kananaskis in 2002).

This year’s meetings in Toronto are no exception, and there will be an enormous number of meetings, forums, discussions, cultural events and demonstrations across the week. Indeed, such meetings and protests will take place across Canada and Quebec over the week. They will be against all that is detestable in the government of Stephen Harper, and the provincial governments of Charest, McGuinty, Campbell, Williams, Selinger and the rest, as they protect Canadian bankers and punish Canadian workers and the poor. But they will also be protests in support of public sector workers on strike in Athens and Lisbon; the Red Shirts in Thailand; revolutionaries in Nepal and Venezuela; the Palestinian people under occupation and apartheid; the Chinese workers in the coastal factories bravely striking for liveable working conditions; and so many other struggles for social justice. They are all part of the growing insistence, by workers, by peasants, by the poor, that what the governments of the G20 are proposing is not an alternative we can live with anymore.

Join us in the meetings and protests in Toronto, across Canada and Quebec, and around the world this coming week.

The world’s spotlight is about to shine on Canada when it hosts the G8 and G20 summits this June. Our government is working hard to present its best face possible for this event.
This three day party is expected to cost over $1-billion dollars making this the most expensive summit in the world’s history. To put this in perspective, last year’s environmental summit in Copenhagen cost $250-million dollars.

Over the years, these summits have rightly gained a reputation for being more about political theatre than any meaningful change. A key part of this theatre is to mask its true agenda behind a charitable theme.
This is not a modern problem as history shows whenever inequality grows to unhealthy levels; extravagance is increasingly masked behind charitable causes.

Marie Antoinette will be forever remembered as a symbol of excess. However she and her fellow courtiers never saw it that way because many of her activities revolved around her family’s charity, the Maison Philanthropique.

Our leaders are equally blind to the hypocrisy of their actions. As long as these photo shoots are themed around social justice issues like Africa, poverty, the environment or any other problem their capitalist system creates; they’re free to party like its Paris in 1779. Throw in an empty pledge to do something about the cause du jour and they can go home with a boost in the polls for looking like they’re on our side. 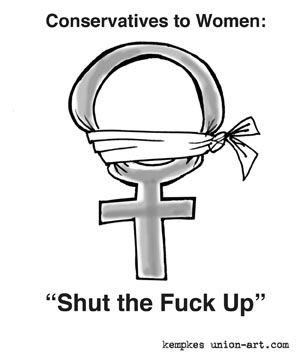 This year’s summit theme is women and children’s health. Every politician will gladly toast their champagne and have their picture taken over this initiative.
As with other summits, this will lead to empty promises and platitudes around a noble cause.

However behind this charitable mask are some horrible truths:

This is just the tip of his misogynist agenda.

As far as Harper’s children’s agenda goes, he is slashing our Federal government’s assistance for early education, forcing families in the Province of Ontario to pay even more than the over $800 a month they are already paying in early education costs.

Over the past two years, our government has allocated upwards of $60-billion toward “stimulus” funding to pull Canada out of a depression. Public schools were not eligible for any of these funds but private schools for the rich and religious were.

Canadians are not unique in seeing their public services being dismantled. What is unique is the obscene amount of money our government is spending to state the opposite.

Around the world, neoliberal governments are implementing policies that strip public services for corporate gain. Much of the money to fund this agenda is raised at events like the G20.

For example, the IMF mandated that Jamaica was forbidden to pay public school teachers their full salaries as a condition to receive any internationally raised “aid.” The government now owes over $94-million in back wages to these predominantly female workers and is only allowed to re-pay them $8-million this year. The teachers are fighting back and have started a series of rotating strike actions.

A contemporary of Marie Antoinette’s, Maximilien Robespierre, said “The secret of freedom lies in educating people, whereas the secret of tyranny lies in keeping them ignorant.”

Strong public education and mechanisms to empower women are two of our greatest defences against the tyranny of our corporate elites. It is no accident that they are being targeted by neoliberal ideologues such as the Harper government and the IMF.

Dismantling our public services for the benefit of the rich is what this G20 charity ball is really about. The hypocritical methods of masking this agenda would fit in very well at the Court of Versailles. No wonder they need to turn Toronto into a modern day Bastille to get away with it.

Sean Smith is a labour activist in Toronto and will be joining the protests over the week.