Workers of the World Unite!

What is the significance of the way not only Keynes but even Marx has been brought back into fashion amidst the global economic crisis? This is a question well worth pondering on the day that is officially designated to celebrate the class that Marx saw as carrying the promise – and the responsibility – of creating a better world. 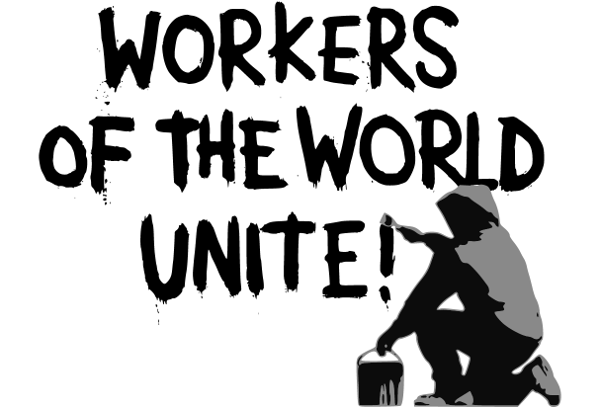 Twenty years ago, many cast Marx’s ideas into the dustbin of history along with the statist Communist regimes that collapsed in 1989. Yet Marx, who more than any 19th century liberal economist or philosopher insisted that the state was an imposition on society, and looked forward to it ‘withering away’ after a proletarian revolution, would have been the severest critic of those regimes. As Schumpeter once said, there was as little in common between Marx and Stalinism as there was Jesus and the Inquisition.

In any case, as the globalization of capitalism quickened through the 1990s, it actually became more fashionable than ever to quote Marx, especially on how “the need for a constantly expanding market for its products chases the bourgeoisie over the whole surface of the globe,” creating in the process “a world in its own image.” But what was usually left out when the Communist Manifesto was quoted in this way in the 1990s was Marx’s prescience on capitalist globalization “paving the way for more extensive and exhaustive crises.”

It has been this aspect of Marx’s profound understanding of capitalist dynamics that has come to the fore in the current crisis. It does indeed seem to confirm that capitalism is like “the sorcerer who is no longer able to control the powers of the netherworld whom he has called up by his spells.” But what is especially important to bear in mind on Labour Day is that Marx, unlike many of those Marxist economists who make it their business to predict economic crises, would had no illusions that the purely economic contradictions of capitalism would themselves bring about a better world.

Marx knew very well that capitalism, by its nature, fosters social isolation, leaving “no other nexus between man and man than naked self-interest, than callous ‘cash payment’.” This creates passivity in the face of personal crises, from factory layoffs to home foreclosures. So, too, does this isolation impede communities of active, informed citizens from coming together to advance radical alternatives.

Marx would look at this crisis from the perspective of what it would take for workers to overcome this all-consuming social passivity. He saw the trade unions developing in his own time as a step forward in relation to the “immediate aim” of “the organization of the proletarians into a class” whose “first task” would be “to win the battle for democracy.” And Marx would today encourage the formation of those types of collective identities, associations and institutions through which people could redefine their needs and develop their ambitions and capacities to fulfil them by winning the battle for economic democracy. This is something no capitalist society can ever become.

No such vision for enacting change has arisen from the labour movement in this crisis, at least not so far. Nor is it likely to emerge from the primarily defensive way trade unions are currently constituted. They do need to resist employer pressures to make workers bear the burden of the crisis in the public as well as private sectors. But their lack of ambition to organize and represent all workers in all facets of their lives, not only in terms of a narrow orientation to collective bargaining, is proving increasingly debilitating.

It is significant that the Labour Day we celebrate today, legally established in 1895 to occur on the first Monday of September, involved Canada abjectly following what the U.S. government had done to avoid workers there joining in the celebration of May Day as the international workers holiday. This practice had been established in 1889 when the first congress of the Second International (the successor to the First International organized by Marx in 1860s) called on workers everywhere to join in an annual one-day strike on May 1st. This date was chosen to coincide with the timing of international protests against the bloody repression of workers in Chicago in 1886 who had been campaigning for an eight-hour working day.

Unions in Canada, like those in the U.S., went along with politicians who sought to replace the May Day that symbolizing labours’ insurgent history and revolutionary potential with a state-sponsored ‘official’ Labour Day holiday in September that symbolized the recognition of labour’s search for respectability.

This was epitomized by the free admission to the Canadian National Exhibition at the end of the Toronto’s annual Labour Day parade. But the global economic crisis once again points to why labour needs to move in the other direction. If the fashionability of quoting Marx today is going to amount to much, labour will need to “recover the spirit of revolution,” as Marx himself once put it, rather than “to set its ghost walking about again.” •