On April 12, the Western Massachusetts Area Labor Federation AFL-CIO joined a growing number of labor organizations in passing a resolution calling for the withdrawal of all Russian forces from Ukraine and the resolution of the conflict through intensive diplomatic negotiations that respect Ukrainian sovereignty. Diplomacy, not war and military power, is the only way to promote security and prosperity for working people in Ukraine, in Russia, in the US, and around the world.

We call on President Biden and Congress to forego our long and destructive history of a militarized foreign policy and instead engage in robust diplomacy and de-escalation efforts.

Resolution on the Russian Invasion of Ukraine

Whereas, the Western Massachusetts Area Labor Federation AFL-CIO is committed to labor’s antiwar voice being heard in the current national debate; and

Whereas the Russian invasion of Ukraine constitutes a gross violation of the UN Charter; and

Whereas, this act of aggression is inflicting horrific pain, suffering, and death on the civilian population of Ukraine, while forcing more than 4 million people to flee the country as refugees, and creating the risk of a wider conflict that could spiral into a nuclear war from which there will be no winners; and 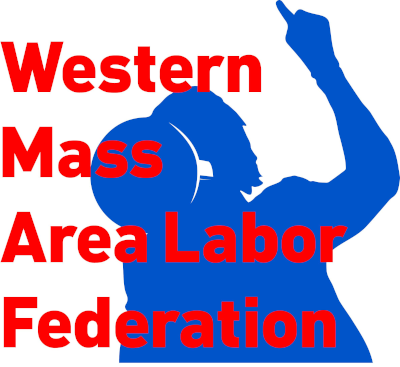 Whereas, the US and NATO have played a provocative role in precipitating this crisis by expanding NATO’s ranks and deploying strategic military forces to Russia’s borders; and

Whereas, the US has a destructive history of a militarized foreign policy that is driven by the interests of corporations, including but not limited to the oil and arms sectors, a policy that siphons resources away from programs that serve public needs; and

Whereas true national security is based on the broad welfare of the people – healthcare, education, jobs at decent wages, environmental sustainability, voting rights and democratic civic engagement, and social justice – not on larger military budgets and ever more deadly weapons; and

Whereas the current atrocities underline the need to pursue a diplomatic solution to this crisis, to achieve the full withdrawal of Russian military forces from Ukraine and the construction of a new architecture of European security and nuclear disarmament; and

Whereas, working people in the US, as well as those in Russia and Ukraine, have a common interest in reining in the power of their militaries and redirecting the vast resources going to war into programs that improve their lives and address the climate emergency;

Therefore be it resolved that the Western Mass Area Labor Federation recommends that the AFL-CIO express our solidarity with the working people of both Ukraine and Russia, including those who have bravely demonstrated their opposition to Russia’s aggression; and condemn the Russian invasion of Ukraine, just as the AFL-CIO previously condemned the US invasion and occupation of Iraq; and

Be it further resolved that we recommend that the AFL-CIO demand an immediate diplomatic solution that ensures the withdrawal of all Russian and other foreign military and paramilitary forces from Ukraine and respects Ukrainian sovereignty; and

Be it further resolved that we recommend that the AFL-CIO denounce the discriminatory treatment of refugees based on race, religion, national origin, or whether their governments are allied with the United States, which leads the United States and its European allies to welcome white Ukrainians while rejecting refugees of color and refugees who have been harmed by US-supported military operations; and

Be it further resolved that we recommend that the AFL-CIO denounce the selective moral outrage that is evident in the near universal silence we are witnessing in the West regarding war crimes perpetrated by the United States and its allies in Afghanistan, Yemen, Palestine, Iran, Venezuela, and elsewhere, and we hereby demand that Western governments welcome all refugees and pursue policies of peace and justice that enable them to stay in their home countries; and

Be it further resolved that the Western Mass Area Labor Federation is deeply concerned with the ways in which the Russian war highlights the dangers of fossil fuel dependency. We reject the economic policies that are deepening the climate crisis and demand that our government reject calls for drilling more oil and gas here in the United States. Rather, this moment requires that we break our dependence on fossil fuels altogether by investing in renewable energy; and

Be it further resolved that the Western Mass Area Labor Federation recommends that the AFL-CIO call upon the US government to support Ukraine’s status as a neutral state that is part of no military alliance, and to lend its support to negotiations for a new architecture of European common security for all states that leads to the drawdown and elimination of all nuclear weapons; and

Be it further resolved that the Western Mass Area Labor Federation, calls on the Massachusetts State and National offices of the AFL-CIO, all affiliate unions, and all other labor organizations in the United States to reaffirm that diplomacy, not war and military power, is the only way to promote security and prosperity for working people in Ukraine, in Russia, in the US, and around the world; and

Be it finally resolved that the Western Mass Area Labor Federation, stands with working people worldwide on behalf of peace and justice. •