As we move toward the COP26 UN meetings on climate change in Glasgow in November, debate is intensifying over the political coalitions and policy mechanisms to address the mounting climate emergency. The 6th Report of the Intergovernmental Panel on Climate Change released earlier this year, (Climate Change 2021: The Physical Science Basis) documented the global rise in temperature of the land, oceans, and atmosphere from concentrations of greenhouse gases produced by human activities from 1750. Since 2011, concentrations have continued to increase in the atmosphere and are now pushing past 410 ppm for carbon dioxide (CO2) annually alone (not including the rise in methane and nitrous oxide). Compared to any other decade since 1850, “each of the last four decades has been successfully warmer.”

The consequences have been many and alarming – the norming of extreme weather events, the melting of the polar ice shields, mass numbers of climate refugees, endless droughts, and more. The strategies being put forward by states and the ruling classes have been targeted at just coping and limiting the impacts through market mechanisms that will not merely maintain capitalist social property relations but, in fact, extend them through various mechanisms of ‘market ecology’ – incentives and subsidies for capitalists and consumers to move to alternate energy sources, shifts in relative prices, carbon taxes, commodifying more of the planet and the like, creating more markets to manage with the ecological problems that capitalism itself produced.

Debates on alternatives that would move beyond neoliberal and market measures vary. One set tended toward strategies for increased state-led transformations that would lead to greater controls over markets as part of a more egalitarian growth process. Others call for ‘degrowth’ to more radically break with economies centred on the endless accumulation of capital and commodification of life. A third group are proposing a more radical anti-capitalist rupture with capitalism to democratize and remake the social-production system and place a social ecology at the centre of decision-making.

In cooperation with Green Social Thought, Znet and Truthout, we present in three parts an exchange between Robert Pollin, C.J. Polychroniou, and Don Fitz. Part 3 presents a final response to Pollin on the contradictions between a transition to renewable energy sources and meeting climate change targets without addressing the overproduction that is integral to capitalism. Part 1 and part 2 of the exchange are available here and here. 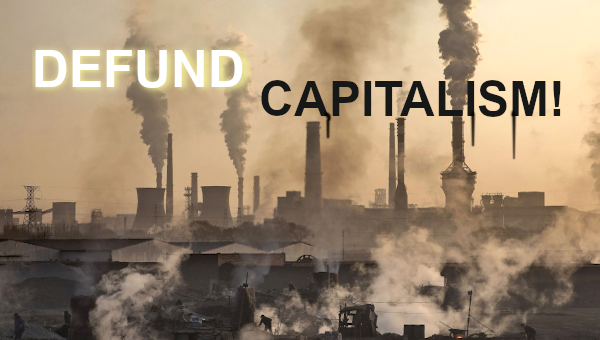 Robert Pollin repeats a message often seen in writings defending alternative energy (AltE): while they briefly shake their heads at capitalist waste, they deny an overproduction problem. In his response to my article on “Be Careful What Energy You Wish For,” his message comes through that there are no limits on what can be done to the Earth’s ecosystems that AltE can’t solve.

He accuses me of intending to restrict “consumption” even though that word never appears in my article. What appears repeatedly is the word “production.” Capitalism produces for profit, not consumption. This seemingly small difference becomes central for environmental solutions. A liberal might say, “Produce cars, but make people feel guilty about driving them.” A socialist would say, “Create walkable communities as a precondition for limiting production of individually owned cars.”

As heat waves, out-of-control fires and hurricanes increasingly sweep the globe, fossil fuel (FF) apologists continue their “climate change denial.” They are matched by the “energy denial” of AtlE enthusiasts who similarly deny that all industrially produced energy has seriously negative effects.

The first major problem with Pollin’s rebuttal is that, like Congressional Democrats, he fails to demand federal legislation capping production of oil, gas, and coal and lowering the caps to zero by specific dates. With no plan for eliminating FFs, we are left with a vague belief that increasing AltE will somehow cause a reduction in FFs rather than adding new sources of energy to the mix. To further confuse the issue, he claims that AltE has no emissions, when, in fact, every type of AltE produces significant emissions during its life cycle.

Second, by failing to acknowledge that AltE is not “clean,” he trivializes the way it destroys communities and ancestral lands, poisons workers, and intensifies species extinction during operation and decommissioning. One example is lithium for electric vehicles. As Thea Riofrancos writes, “Chile’s Atacama Desert is on the water system… Mining for lithium here is like mining salty water and evaporating it. Already water-scarce, the region is becoming drier due to climate change and water use by extractive sectors…”

Lithium is then manufactured into batteries, exposing workers to NMP (reproductive toxin and embryotoxic), acetone (potential for neuroblastoma in children), and biphenyl (associated with Parkinson’s disease and dangers to the respiratory tract, liver, and nervous system). Multiply these effects of lithium by other damaging effects and then multiply them by the hundreds or thousands of substances that are mined for AltE and you get an idea of the known dangers.

A third way in which Pollin exemplifies AltE writing is by vastly underestimating land area it requires by claiming that rooftops and parking lots provide most of the solution. Perhaps he did not read the quotation in my previous piece by climate scientists James Dyke, Robert Watson, and Wolfgang Knorr that harvesting wood for biomass energy “would demand between 0.4 and 1.2 billion hectares of land. That’s 25% to 80% of all the land currently under cultivation.”

And perhaps he has not seen the estimate of Distinguished Professor Emeritus Vaclav Smil that “[to] replace current US energy consumption with renewables, you’d need to devote at least 25–50 percent of the US landmass to solar, wind, and biofuels.” Additional points must be considered:

This means that land usage must expand much more rapidly than GDP, exhausting the Earth’s resources and species.

A fourth error permeating AltE writing is faith in unproven technologies. Pollin expects improvements in “industrial machinery, transportation equipment, and computers” along with “advances in battery storage and electricity transmission systems.” Such promises of accomplishments in an imagined future remind me that, during the 50s, the nuclear industry painted rosy pictures of “electricity too cheap to meter” which were just around the corner.

Much More with Much Less

Like other AltE supporters, Pollin insists that production must be increased massively to provide for the world’s poor. It is helpful to examine Cuba during its “Special Period” after the USSR collapsed in 1991 and discontinued its $4-5-billion annual subsidy. In my 2020 book, Cuban Health Care: The Ongoing Revolution, I emphasize that Cuba’s poverty is exacerbated by the embargo of 60 years from the richest country in the world, the US. During the Special Period, Cuba’s economy shrunk by 45%, imports fell from $8.12-billion to $1.99-billion, and oil imports from Russia plunged from 13.3 to 1.8 million tons. 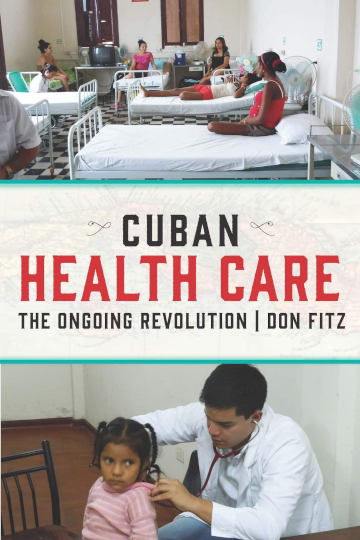 This is vitally important for a discussion of energy: Cuba spends roughly 10% per person per year on healthcare compared to the US. How is this possible? Even with an end to the embargo and ultra-economic growth, Cuba would not have been able to outpace per capita GDP of the US.

The fundamental precondition of those changes was creating a new consciousness that Cuba could accomplish much more with much less. Without that new consciousness, its medical miracle could never have happened.

Tunnel-visioning on AltE blocks the consciousness necessary for developing ways to use vastly less energy, which is essential for protecting biodiversity and human health. The gargantuan increase in production that a new AltE system would require is vital to capitalism, which cannot tolerate a long-term decrease in production. Capitalism is doomed to perish unless it finds a way to grow without FFs. Thus, late capitalism desperately needs an ideology to justify AltE growth, just as infant capitalism needed the ideology of racism to justify plunder of Africa, Asia, and the Americas.

During World War I, many Social Democrats took sides with ‘their own’ national capitalists, believing that they were less bad. Today, their political great-grandchildren similarly help to preserve capitalism by siding with AltE ‘progressive capitalists’. Environmental, labor, and socialist movements should reject any ideology of plundering of the Earth to fund capitalism’s pathological urge to grow. It is time to scream DEFUND CAPITALISM! •

Don Fitz has taught Environmental Psychology at Washington University and Fontbonne University in St. Louis and is on the Editorial Board of Green Social Thought. He was the 2016 candidate of the Missouri Green Party for Governor. His book on Cuban Health Care: The Ongoing Revolution was published in 2020.