The recent period of globalization – following the collapse of the Eastern bloc and the integration of China into the world economy – is in essence the period of global value chains (GVCs). From low to high-tech, basic consumer goods to heavy capital equipment, food to services, goods are now produced across many countries, integrated through GVCs. 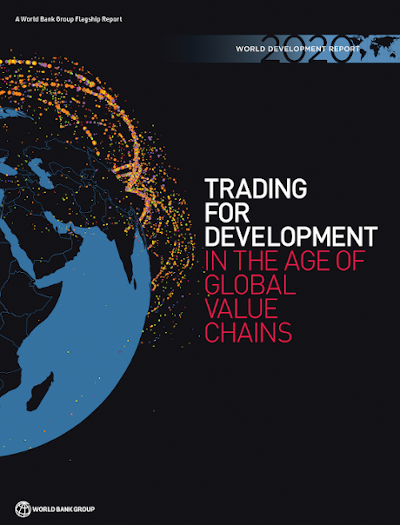 The big question in development studies is whether this globalized reconfiguration of production is contributing to, or detracting from, real human development? Is it establishing a more equal, less exploitative, less poverty-ridden world? To understand these complex dynamics, scholars rely on economic theories. These theories must be relevant to the GVC-world and equipped to tackle these pertinent questions.

In 2020 the World Bank published its World Development Report Trading for Development in the Age of Global Value Chains (WDR2020, or ‘the Report’) to address these questions. It confidently proclaimed that “GVCs boost incomes, create better jobs and reduce poverty” (WDR2020: 3). Given the World Bank’s promotion of neoliberal globalization, this conclusion is unsurprising.

However, before accepting the Report’s claims at face value, we should reflect on the findings of Robert Wade (2002: 220). These annual World Bank reports serve as “both a research-based document and a political document… the Bank’s flagship message must reflect back the ideological preference of key constituencies and not offend them too much, but the message must also be backed by empirical evidence and made to look technical.”

Drawing on our recently published article, this blog post uses the Report’s own data to undermine its core claims. It shows that the GVC world enhances the dominance of transnational corporations (TNCs), concentrates wealth, represses the incomes of supplier firms in developing countries, and creates many bad jobs – with deleterious outcomes for workers.

A rich body of dedicated theories has been developed by academics to explain the growth of GVCs and understand how their uneven power-relations affect development. The Report ignores them, selecting only the elements consistent with its ideological position and remoulding these into its favoured theoretical perspective.

“GVCs allow countries to benefit from the efficiency gained from a much finer international division of labor. GVCs exploit the fact that countries have different comparative advantages not only in different sectors, but also in different stages of production within sectors” (WDR2020: 69, emphasis added).

The theory of comparative advantage dates back to David Ricardo’s classical argument that countries can benefit from trade even if they do not have an absolute advantage in producing any good, so long as they specialise in goods in which they have relatively higher productivity. If countries pursue this comparative advantage, then trade generates win-win outcomes whereby every country maximises its income and enjoys cheaper goods.

Remarkably, however, the reality of the GVC world undermines the core assumptions of comparative advantage theory. The theory assumes that trade takes place between anonymous parties with equal bargaining power. In reality, exchanges within the GVC world occur between connected firms of unequal power (e.g. lead firms and suppliers). Some lead firms have larger GDP’s than national economies.

Given this dissonance, it should be no surprise that the empirical evidence from GVC trade differs starkly from the predictions derived from liberal models of comparative advantage trade theory.

The concept of monopoly capital offers a more relevant approach. It theorises capitalism’s inner tendencies toward the growing size (concentration) and increasing dominance (centralization) of a few firms within each sector, and links this to adverse outcomes for suppliers and workers. As John Bellamy Foster et al, argue “as the internationalization of monopoly capital grows…the result is a worldwide heightening of the rate of exploitation (and of the degree of monopoly)” (Foster et al., 2011: 12).

Workers’ collective action is an essential component of any attempt to resist such tendencies.

The executive overview and conclusions of the Report promote the developmental benefits of GVC participation for supplier firms in developing countries. This is as far as most policy-makers may read. But if you read the evidence presented within the body of the report, the contradictions are astounding.

Regarding the power of giant lead firms, the Report acknowledges that “[L]arge corporations that outsource parts and tasks to developing countries have seen rising markups and profits” (WDR2020: 3). In contrast, when supplier firms integrate into GVCs they experience an income squeeze:

“The implications of GVCs for the emergence of [lead] firms huge in scale, high in market power, and large in profit rates are exacerbated by the disproportionate bargaining power that these large lead firms may have over their suppliers … Although buyer firms in developed countries are seeing higher profits, supplier firms in developing countries are getting squeezed” (WDR2020: 85).

While the report argues that GVCs boost incomes and create better jobs, it acknowledges that:

“In 63 developed and developing economies, GVC integration as well as other domestic within-industry forces, such as technology or markups, contributed significantly to the reallocation of value added from labor to capital within countries between 1995 and 2011” (WDR2020: 86 emphasis added).

Regarding workers, the Report claims that GVC participation enhances their incomes and livelihoods. Its opening lines wax lyrical about Vietnam’s successful integration into electronics GVCs, recounting how “Samsung makes its mobile phones with parts from 2,500 suppliers across the globe. One country – Vietnam – produces more than a third of those phones, and it has reaped the benefits” (WDR2020: xi).

The Report ignores findings by UN inspectors who, in 2018 found widespread maltreatment of Samsung’s mainly female workforce in Vietnam:

“Researchers reported testimonies of dizziness or fainting at work from all study participants and high noise levels that violated legal limits. Miscarriages were reported to be common and workers reported pain in their bones, joints, and legs which they attributed to standing at work for 70 to 80 hours a week” (UNHR 2018).

The Report credits lead firms for improving the conditions of workers in their supply chains, but wilfully ignores the efforts of workers themselves. For example, it congratulates clothes brands for improving working conditions in Bangladeshi factories. Empirically however, militant strike action was instrumental in securing permanent pay rises.

Trading for Development in the Age of Global Value Chains’ political bias disables serious analysis of the anti-developmental dynamics generated by and through GVCs. However, it provides empirical evidence that contradicts the confident predictions derived from its ideological position. In a way, WDR2020 makes it easier to argue what many critical GVC theorists have been asserting for the last two decades – that the GVC world concentrates wealth, represses supplier firm incomes, and creates many bad jobs. •

This article first published on the Developing Economics website.

Dara Leyden is a doctoral student in the School of Business and Management, Queen Mary, University of London. He is researching dynamics of social upgrading in the Thai electronics industry. He tweets at @daraleyden.