Standing outside a conference with a group of devotees, a famous political scientist brags that there’s only two people in the world he’s afraid of: his mother and Leo Panitch. To anyone who knows Leo, this revelation elicits knowing smiles and an affirmative nodding of heads. But it also poses a question. Those with an authoritative and intimidating presence tend to bring a distancing from others; how then did so many nevertheless come to feel so close to Leo?

The almost universal answer in the hundreds of emails sent in response to Leo’s passing spoke to the vital social dimension that came with Leo’s charisma: a genuine interest in others, a generosity in terms of time, an eagerness to schmooze, the quiet supportive hand on a student’s shoulder that followed a crushing critique of an assigned paper. It was also impossible to ignore Leo’s down to earth energy and enthusiasm, whether he was speaking on Corbyn or Syriza, wolfing down a polish sausage with sauerkraut at a Jays game, or lamenting his inability to play the sax – never mind play it like Sonny Rollins. 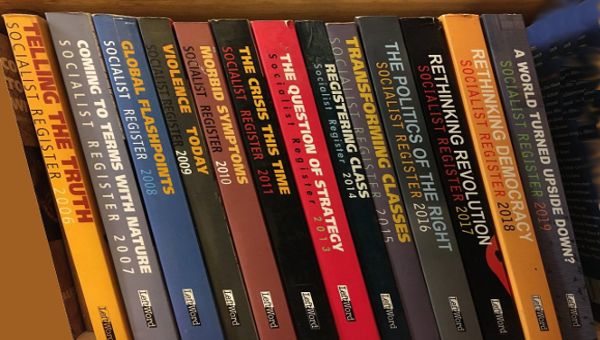 All this came together in his passion as a teacher and public intellectual. His undergrad lectures opened up thousands of eyes to a different way of seeing the world. His grad seminars inspired new generations of young intellectuals to ruthlessly rethink everything. As a commentator on current events at home and internationally, Leo was stunningly comfortable in launching – on call – into a clear explanation or an argumentative diatribe. In the middle of a phone conversation, he’d suddenly interrupt to say: ‘Shit, it’s 5 minutes to my interview at 4:00. We can only talk for 2 more minutes. Then I have to find out what it’s about so I can get my head into it’.

In those talks and interviews Leo powerfully pressed, to his very last days, for an alternative common sense. Ever provocative, he challenged listeners to think deeper and more ambitiously about the kind of society they wanted.

Yet the most effective political messenger still needs a quality message, and this was Leo’s forte. A few examples follow.

In the Communist Manifesto, Marx and Engels spoke eloquently and prophetically of capitalism’s tendency to “nestle everywhere.” But absent a theory of the state, they generally ignored the counter-possibility of states putting roadblocks in capitalism’s march to internationalization.

It was this counter-possibility that characterized the long first half of the 20th century, when capitalism experienced two horrific world wars and a devastating Depression that severely interrupted global economic connections. Far from being inevitable, a seamless global capitalism actually seemed impossible.

Globalization clearly had to be made, but for many across the political spectrum, this meant leaving corporations and markets to do their thing while states retreated from prominence. Leo, in contrast, insisted that rather than being victims of globalization, states – with the US playing a special role – were globalization’s indispensable authors. With globalization, states became internationalized in the sense of taking a prime responsibility for establishing the conditions for global accumulation within their own borders. States consequently became more important than ever.

Similarly, at the ideological level, Leo emphasized that the legitimation of globalization wasn’t carried out through international institutions, but by way of each nation state promising that its country will be a winner under globalization and bring national prosperity. Nationalist ideology was therefore a constituent part of globalization, not in opposition to it. And as the popular promises of globalization failed, the question turned to whether the consequent frustrations would be mobilized by the left or the right.

More generally, the state was at the core of reproducing capitalism and for socialists, the social force for taking on the state began with workers. But for Leo, there was no romanticization of the working class. Workers were limited by their dependence on employers. They were fragmented by competition, wage differentials and racial and ethnic divisions. And the realities of survival pressured them toward short-termism and local self-interest. This posed the most fundamental question of all: Could working classes so deformed by capitalism really take on the most momentous of tasks: transforming the world? Were they likely to even conceive of taking on such a mission?

Concrete hopes, as opposed to daydreams, are inseparable from what we think is possible. And possibility is itself contingent on confidence in structures that might credibly win our goals. This is where the role of a mass socialist party comes in. The immediate task of such a party isn’t how to carry out a still distant revolution. Rather, it’s to support the transformation of atomized and demoralized workers into a confident social force – one with its own vision and the capacities to analyze and understand, debate constructively, strategize and organize, bridge the immediate and the long-term.

As for the eventual practice of socialist governance, the strategic dilemma – so graphically posed in the case of Syriza – was the triple quandary of a newly elected socialist party. How to govern in a way that satisfies popular needs in what is still a capitalist economy? How to simultaneously keep building the base essential to expanding future options, including popular pressure on the very state the party was now formally leading? And alongside all this, how to transform the inherited capitalist state, with its historically developed capacities specific to administering a capitalist economy, into a socialist state – one with entirely new capacities supportive of both planning and the deepest democratic participation?

In all these challenges, The Socialist Register was for Leo ground zero. The Register institutionalized a Marxist community that is politically engaged, non-sectarian, and accessible in the sense of being committed to communicating, not trying to impress. The Register’s one rigid insistence was and remains that only the best scholarship and most sober analysis could contribute to social transformation.

Leo was a sober optimist and an anti-utopian utopian. Doubts seeped in with the failure of his and my generation to take advantage of new openings and find a new politics. But there really was no option other than to live our lives as fully as we could and act as if socialism is possible. And because socialism was unlikely to emerge in our lifetime, Leo was among those who accepted that contributing to something that might only be realized beyond our own life spans was the closest we could come to immortality.

In grieving Leo, we can look for solace in the rich and happy life he led, the body of ideas and legacy he left, and how much better we all were in so many ways for having crossed paths with him. Leo was a gift.

Yet there’s no erasing the deep sadness that will remain as we try to move on with our lives and look to advance the work that defined Leo’s political life. •