In America, Business Profits Come First Over the Pandemic

Los Angeles, California, is now considered one of the worst COVID-19 hotspots in the USA. LA mayor Eric Garcetti assessed grimly that there is one new infection every six seconds and a death every 10 minutes from the virus. Hospitals are turning away ambulances, and health facilities in LA County are quite literally running out of oxygen. But last spring, as the pandemic was first declared, the city was an early adopter of mandated mask wearing and benefitted from California enacting the first statewide shelter-in-place order that helped curb the worst spread of the virus. So, what happened? 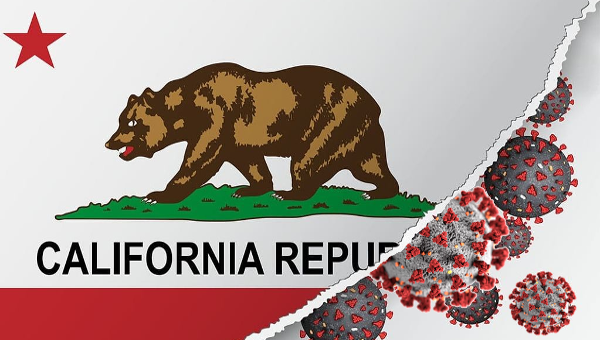 There is a possibility that the deadly surge in cases may be a result of a new, more transmissible strain of the virus circulating in the area. But more likely the spread is the result of the message that authorities are sending of a premature return to normalcy. As social media platforms are filled with angry Angelenos blaming and shaming one another for brazenly vacationing and flouting social distancing guidelines, in truth, the burst of infections is the price that officials are willing to pay for ensuring that corporate profits are protected.

California’s latest shelter-in-place order is quite different from its first one. Whereas in March 2020 the state ordered all non-essential businesses to remain closed, in early December, at the peak of the holiday shopping season, all retail stores were allowed to remain open, even as outdoor parks were closed. So outraged were Californians by the obvious double standards that state officials caved and reopened parks – instead of shutting down retail stores.

Predictably, infections at malls soared as shoppers, eager to salvage Christmas, rubbed elbows with one another in their rush to fulfill holiday wishes. After all, authorities had okayed such actions, so they must be safe, right? Rather than enact strict rules to prevent such congregating, some Californians rightfully terrified of the disease simply blamed the shoppers. Even LA County health services director Dr. Christina Ghaly told the Los Angeles Times, “If you’re still out there shopping for your loved ones for this holiday season… then you are missing the gravity of the situation that is affecting hospitals across LA County. Though they may seem benign, these actions are extremely high-risk.” LA County Public Health Director Barbara Ferrer said to Angelenos, “stay home,” but has refused to consider shutting down non-essential businesses.

In other words, officials kept retail stores open but then chastised residents for shopping. There are two ways to interpret the muddled messaging. If authorities are allowing all businesses to remain open, surely it must be safe to frequent them. Or, authorities are being driven by financial stakes, not public health, so surely it is not possible to trust them.

Hollywood is another exercise in contradictions. While new films and TV shows were not considered essential last year, production has now resumed. Why? Simply put, “there is too much money at stake,” in the words of one TV producer. State and local authorities have the power to stop production in the interest of public health, but rather than exercise that power, they asked companies to volunteer to halt their projects. Now that the virus has spread so far and has caused so much suffering and death, even Hollywood has decided maybe it is not a good idea to continue filming. But is it too late?

American society is ruled by the right of businesses to make money above all else. And while for a few months in 2020 it seemed as though we prioritized public health and well-being by shutting down large swaths of the country and passing the modest CARES Act, that did not last. Lost in the horrifying surge of cases and mounting death toll is the stark fact that authorities have chosen to sacrifice human life at the altar of corporate profits. By their logic, if anyone is to blame, it is the individual American who has brought the disease upon themselves by simply making the wrong choices. It is the American way.

Take John Mackey, CEO of Whole Foods, an elite grocery chain favored by wealthy and health-conscious Americans. According to Mackey, there is no need for health care services. “The best solution is to change the way people eat, the way they live, the lifestyle, and diet,” he said in a recent interview. He added, “There’s no reason why people shouldn’t be healthy and have a longer health span. A bunch of drugs is not going to solve the problem.” Tell that to the seemingly healthy people among us who contract dangerous diseases like cancer and need the kind of chemotherapy drugs that do precisely that – help “solve the problem” of cancer.

Mackey’s logic is consistent with that of the new pro-business “shelter-in-place” orders in California, which effectively send the message that if you catch COVID-19, it is your fault, not the fault of the indoor mall that was allowed to remain open.

Businesses do need to continue operating if they want to make money. But large corporations have amassed so much wealth through the Republican Party’s tax giveaways that surely those in non-essential industries can survive for a year or two while remaining closed and dip into their assets without threatening their bottom line.

The situation is of course far different for small businesses that operate on razor-thin margins and are easily plunged into bankruptcy with just a few months of forced closures. But surely the world’s richest government can pay such businesses to remain closed so that they can reopen safely once the danger is over. European nations have paid workers to stay at home – an obvious solution to curbing the virus.

An NBC News article compared the US response to other nations, making the point that “unlike Western Europe and Canada, the US is asking citizens to face the COVID-19 pandemic without any additional financial cushion from the government.” One epidemiologist told the outlet, “I know multiple industries have been lobbying governors to stay open because closing means a huge loss of income to business owners and employees, even if it would be the best thing to do from a public health perspective.”

Indeed, California has allowed businesses to remain open in part because of a dangerous decline in tax revenues and a lack of federal government funding to states to make up for pandemic-related losses. Again, authorities have chosen the sink-or-swim approach to business and public health. Why pay people to stay at home and remain safe when those individuals can simply risk their lives in the service of profit? After all, it is the same logic that has driven the relentless shredding of the pre-pandemic safety net programs for economically struggling Americans.

There is much hand wringing, blaming and shaming the individual, and general confusion over why COVID-19 is continuing to claim so many lives. But to understand the real reason for the ever-increasing death toll, look no further than the American way of leaving citizens to fend for themselves in the service of capitalism. •