The California Disaster: What is the Link Between Wildfires and the Coronavirus?

I live in the San Francisco-Bay Area outside of Berkeley. Following the COVID-19 outbreak we went into shelter-in-place in March and officially never left after a second wave in early summer perpetuated school closures and other preventive measures. Following another dry winter and an unprecedented heatwave, Northern California is currently experiencing a series of massive wildfires, much earlier and widespread than in ‘normal’ years. As a result, the Bay Area for weeks struggled with bad air quality and occasionally with an apocalyptic orange-gleaming sky.1 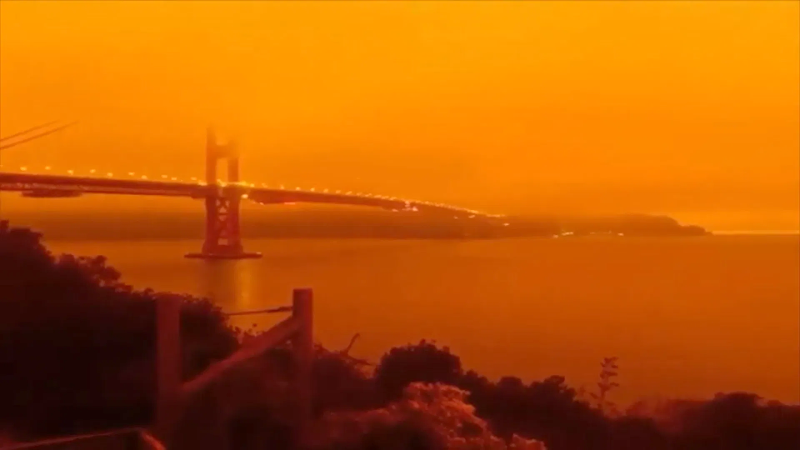 These are very challenging times. But the simultaneous occurrence of a healthcare and an environmental crisis, or more precisely, the inability to solve them, is not a coincidence. What they both have in common is the dependence on a technological fix for our social and environmental problems. Or, to put it differently, the unwillingness to question the rationality of our economic system and alter associated ways of living. The dependence on a technological fix, in turn, follows from the priority of maximizing profits rather than satisfying human needs.

San Francisco and the Bay Area are known for the combination of social progressivism and economic liberalism, providing a fertile ground for innovation. It is not by accident that the region, which includes Silicon Valley, is home to some of the most valued tech-companies, including Google, Facebook, and Zoom, along with some less known but nevertheless highly profitable biotech firms.2 Berkeley streets are full of electric cars, and every other house displays a black-lives-matter sign, including the Berkeley Hills, where very few African-Americans actually live. Residents are open and mindful, and embrace racial and gender diversity. In many regards, Berkeley and the Bay Area are the antithesis to Donald Trump’s America.

Therefore, it is all the more surprising that the region is unable to cope with the COVID-19 epidemic. True, technology helped to limit the spread of the disease, as tech workers and others who mainly work with a computer worked from home. But manual labourers, along with essential workers, did not enjoy this ‘luxury’ and went out in violation of shelter-in-place orders. Many had no choice. They needed the money to buy groceries and pay rent.3 As a result, infection rates remained high in spite of the early shutdown. And with the shutdown stretching over several weeks, business owners and others became increasingly impatient, threatening public health officials and disregarding public health orders. When the (democratic) governor started to ‘open-up’ the economy in June, infection rates rapidly increased, surpassing previous records from early April. The governor responded with another shutdown, but one that focused on the closure of schools and other public institutions, while leaving most businesses open.

The failure to cope with the epidemic is symptomatic for the US healthcare system. The private nature of much of US healthcare means there is little interest in preventive care. Customers might have changed the insurance well before any investments in preventive care starts to pay off. At the same time, the perpetuation of preventable diseases makes sure that profit-oriented healthcare providers have no shortage of customers. A substantial gap in (private) health insurance coverage and hefty co-payments means that Americans see a doctor less frequently than Europeans or Canadians, but if they do, they receive MRIs, CTs, and PET scans more often.4

The importance of technology in the US healthcare system is also evident in the widespread use of online-diagnosis, as well as the frequent prescription of drugs rather than more labour-intensive therapies.5 The focus on a technology-based rather than a human-centered medical approach extends to the US government. Instead of investing in public health, including the promotion of workplace health and safety, the US government spends millions of dollars in support of the pharma industry and the development of new drugs.6 Given the capital-intensive nature of US healthcare, it should not come as a surprise that a vaccine is the only solution for the Coronavirus-crisis, even if more than two-hundred-thousand Americans have lost their lives before the vaccine is ready.

Parallels Between COVID-19 and the Environment:
Technology and the Profit Motive

Because of global warming, California has experienced an extended drought in the last decade, interrupted by a few ‘wet’ winters. At the same time, increasing temperatures have meant that the fire season has been prolonged far into fall. The result is more and increasingly large wildfires. As with the Coronavirus, the state early on recognized the problem and in the US context is seen as forerunner when it comes to the adoption of pro-environmental norms and incentives, such as fuel emission standards and tax rebates for electric cars.7

However, much of California is still characterized by a wasteful use of resources, including a massive network of freeways that cuts through natural and urban spaces, the dominance of detached single homes, some very spacious, and the displacement of low-income households. All of this results in ever-longer commutes, shopping malls, a highly industrialized and, hence, energy-intensive agriculture, and the lack of any meaningful public transport and other public alternatives to private consumption. In short, here, too, efforts are focused on the development of new technologies that allow us to continue our lifestyle, or more precisely, the lifestyle of middle- and upper-class households, while preserving the environment.

Perhaps the best example for this approach is Tesla: under the leadership of CEO Elon Musk, the company sells electric cars and solar panels as an alleged solution to the climate crisis. However, in order to take advantage of Tesla’s environmental-friendly technology, customers need a house to install solar panels and an outlet to plug their electric cars in, which in the Bay Area can easily cost one million dollars. The fact that everyone wants to own a house, rather than to live in a communal and sustainable housing complex with shared spaces, is part of the problem, not the solution.

As in the case of the Coronavirus, the solution is social, not technological. Or, in other words, the solution demands a radical change in our mode of living, and this, in turn, requires a profound transformation of our system of production and consumption. It is not by accident that the same Musk who promotes electric cars and solar panels resisted the orders of the local public health authority and threatened to relocate Bay Area production to Texas if his factory would not be exempted from the Coronavirus shutdown. 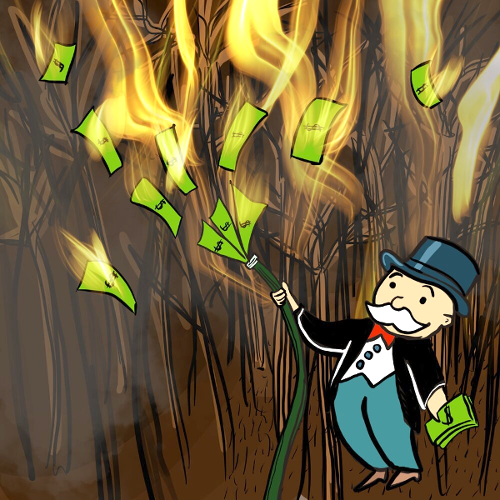 The heart of the problem is an economy whose main objective is the maximization of profits rather than the satisfaction of needs. Needs are only relevant if they can be satisfied in a profitable manner. In the same way, environmental concerns are only addressed in a way that does not hurt profits. Take the example of transport: the need for transport can be solved collectively, through the provision of public transport; or it can be satisfied individually, through the sale of automobiles. Public transport is clearly better for the environment. The fact that thousands, if not millions, of people use the same infrastructure, and the infrastructure lasts for several decades, means that the number of resources (space, materials, energy, waste, etc.) consumed per person-transport-mileage is much smaller than the resources used by cars, even if the cars are electronically powered. However, the prospect of selling close to a million cars per year – many households in California have two or more cars – is much more profitable than the provision of public transport. It is not by accident that investors are eager to buy Tesla shares (which reached a record high during the pandemic) and invest in self-driving technology, while public transport systems such as Bay Area Rapid Transport are crumbling.

Alternatives to the Profit Motive

In the same way, the development of a vaccine is much more profitable than investments in preventive health practices, including measures that reduce stress, anxiety, and physical exhaustion, caused by job insecurity and exploitative workplace relations. Imagine if we took the Coronavirus-crisis as an opportunity to halt the production-consumption cycle and focus on the satisfaction of essential needs, instead of forcing people to work from home while caring for their children, or even worse, to go out and risk their lives for their job – including the workers who were required to resume work in the Tesla factory. Of course, this would require sufficient support of all those who have no savings that they can rely on, which, again, requires a meaningful distribution from the rich to the poor. The potential would certainly exist, as the Bay Area is home to one of the highest proportion of billionaires per square foot in the world.8 Even more so, the few weeks that people actually stayed at home instead of commuting to work and spending their weekends in shopping malls, showed that a focus on essential activities not only stops the spread of the virus but also benefits the environment.

Imagine even further an economic and social system that focuses on the satisfaction of needs rather the maximization of profits. Following the expansion of public transport, streets and parking lots could be turned into much-needed housing and green spaces; housing and cities could be designed to minimize the use of energy and water and to reduce the need for traffic; food would be local, fresh, and healthy, and consumption limited to essential goods and services, leaving ample free time to pursue personal interests; healthcare would no longer be a business and focus on preventing rather than curing diseases, while necessary treatments would be available to everybody who needs them; admission to college would also be free, and students would study to learn rather than to obtain a degree that promises a high income. Most importantly, people with lots of money would no longer receive preferential treatment, and their needs would count the same as those of regular citizens.

As we know, the reality looks staggeringly different. But as the accelerating crisis shows, the current system is incapable of solving our social and environmental problems – and providing a ‘good life’ for everyone. •