The MST on the Crisis in Brazil: Economy, Education and Politics

We are experiencing a prolonged crisis of the capitalist system and its reproduction. However, the pandemic has accelerated the consequences of the crisis on people, the forms of labour exploitation and natural goods. The deep crisis runs through the themes of value, limits of capital expansion, and overproduction of goods. It is also a crisis of a civilizing character, which tends to deepen the forms of barbarization of human life, especially of the most impoverished and of black people. Its dimensions are economic, political, social, environmental, and health. 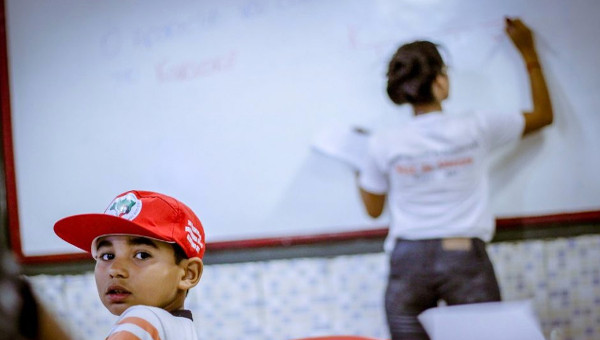 The pandemic reminds us of the urgency to address the environmental and agrarian issues at the center of the political disputes that are currently being faced. Many scholars and scientists point to the origin of the pandemic in the imbalance of human beings with nature and the destruction of tropical forests, causing changes in ecosystems and the forms of animal life.

The current phase of capital development requires an intense destructive capacity against nature and extreme violence against the peoples that constitute important forms of resistance in the territories. We face new forms of expropriation combined with forced migration, a decrease in autonomous ways of life, and generalization of precarious work in the countryside and urban areas.

The crisis gives rise to a lack of control over the destructive effects of capital, and the pandemic is evidence of this, causing the loss of thousands of human lives. From the current dynamics, it is clear that the root of capital itself intensely unbalances nature, releasing trillions of virus species in the forests and generating many epidemics. Thus, it becomes urgent, necessary, and humanistic to struggle for structural changes that combine balanced forms of relationship with nature, distribution of income and wealth, as well as new forms of power.

The contradictions posed are so profound that forms of extreme right-wing political control, with neo-fascist characteristics, reappear intensely. It is important to highlight that they only emerge where there are strategic interests for capital, as in the case of several countries in Latin America, such as in Brazil. This accentuates religious fundamentalisms, as well as racism, misogyny, and xenophobia. It is also worth mentioning that the possible changes in geopolitics, specifically about what will result from the dispute for commercial hegemony in the world, will have a fundamental impact on the entire region. In present-day Brazil, subservience to the Trump administration and the US State is deepening, with strong implications for national sovereignty.

Conjuncture and Dynamic Elements of the Contradiction Between Classes

The current national situation is marked by disputes over the agenda of the 2016 coup d’état and its consequences on the Brazilian people. This dynamic element that moves the conjuncture has a new stage of conflicts in the pandemic. The coup agenda comprises a broad program of:

This agenda gives unity to the ruling class, and its execution by the Bolsonaro government is determinant in defining how long he will remain in power. For the time being, despite the existing fissures, there is no evidence of ruptures in the ruling class that could lead to the impeachment of the current government.

At the beginning of the year, a rupture became more likely, which made Bolsonaro, supported by Trump, to make some moves:

Bolsonaro even organized an invasion against the Brazilian Supreme Court due to the possibility of his personal cell phone being seized, which could bring evidence of his relationship with fake news and even with paramilitary groups (militias). This self-coup did not go ahead, but it served to show how far Bolsonaro, in alliance with the armed forces, is willing to go.

The measures taken by Bolsonaro seem to have given him a favorable result who today has an improvement in his approval among the population, even in the face of the atrocities he commits, placing himself as an ally of the virus, against the people, precisely at the heart of the health crisis imposed by the pandemic. The improvement in Bolsonaro’s approval is also related to the granting of monthly emergency aid, passed on to about 60 million Brazilians in a situation of social vulnerability (at first the government was against such a measure, but was obliged by the National Congress to spend resources to compensate the effects of the pandemic).

However, the explanation for the increase in Bolsonaro’s approval in Brazil is not that simple. It is directly related to the bases of bolsonarismo – in fact, the bases of fundamentalism, which existed in Brazil before Bolsonaro, who presented himself as a phenomenon suited to a previous crisis.

There are contradictions in the dominant sectors at various levels, mainly between sectors of the right and extreme right. However, it is important to point out that the element that drives the Brazilian situation today is unfortunately not situated in class struggles, but perhaps in the beginning of an intra-Bourgeois dispute.

The people’s organizations and the left-wing sectors have had a hard time standing out in the current scenario, even with all the initiatives taken, which unfortunately are being insufficient to erode Bolsonaro and his death project. However, there are important resistance outbreaks, such as the strike of delivery men and women who work for huge applications corporations, the anti-racist and anti-fascist demonstrations carried out by organized football fans, the strike by postal workers, symbolic actions for “Bolsonaro Out!” and the recent resistance to eviction of the MST Quilombo Campo Grande Camp in Minas Gerais.

Another important highlight from people’s initiatives has been the political articulation around the Bolsonaro Out Campaign, which has brought together activists from several movements, parties, union centrals, and churches. This campaign has given important political unity in the left-wing sectors.

Most services have reopened, and there is a false expectation of returning to normal, silencing an average of approximately 1,000 dead per day. This relativization is partly explained by the fact that deaths by COVID-16 have stabilized in the middle and the ruling class, and today it affects, even more, the poor, the inhabitants of peripheries, and the black population.

There is currently a great deal of debate over the risks of resuming classes. Private school sectors have put a lot of pressure on governments to reopen schools, which should mean a new wave of contamination, given that children can carry a strong viral load and produce contagions, even if asymptomatic.

In the pandemic, there has been an increase in police violence against the poor, as well as in domestic violence, affecting women, children, adolescents, young people, the elderly, and LGBT people. The most emblematic case was that of a 10-year-old girl who had been raped by her uncle since she was six years old and became pregnant as a result of this crime.

Legal abortion, in certain situations, such as rape, has been allowed in Brazil for 70 years. But despite this, the health service of the state where the girl lived, Espirito Santo, refused to perform an abortion, and the family had to travel to the Pernambuco state to ensure such right. The legal abortion was carried out, even under strong protests from fundamentalist religious groups.

MST Initiatives at the Current Context

In these pandemic times, there are many MST initiatives. We have been prioritizing political education: the Florestan Fernandes National School (ENFF) organized a digital platform with study guides, debate groups, and remote courses that have served several activists across the country).

In communication, we have been promoting, on a permanent basis, spaces for the socialization of what represents the landless organizational culture as in the Comida de Verdade program and debates of essential themes of Brazilian and international context in the program Café com MST.

We have guided our political tactics into three priorities:

We are taking care of ourselves, resisting, studying, fighting, and working. Our campaign Planting Trees, Producing Healthy Food, aimed at planting 100 million tree seedlings in 10 years. It is being driven by youth and landless children. We launched the campaign Back to School during a Pandemic is Crime, because for us, classes can be recovered in the future, but lives will not.

We are running a major campaign to rebuild our Eduardo Galeano School that was destroyed by the Military Police in the eviction in Minas Gerais. We will rebuild brick by brick because education is an open window to knowledge and freedom for our consciousness. We continue in struggle and resistance!

This article is drawn from the MST’s new Fortnightly Report: “Analysis of the Brazilian Situation – A perspective from MST,” Issue 1, 24 August 2020, published on the MST website.