A Red-Green New Deal in Transport

The transport sector represents one of the most serious challenges when it comes to greenhouse gas emissions, which are increasing faster than from any other sector in society – and at an ever-increasing pace (over 120 per cent globally over the last 30 years – and still increasing in all parts of the world). In Europe, transport is the largest climate problem, accounting for 27 per cent of its greenhouse gas (GHG) emissions in 2017. It is also the only sector that has emissions above 1990 levels (Transport & Environment, 2018). 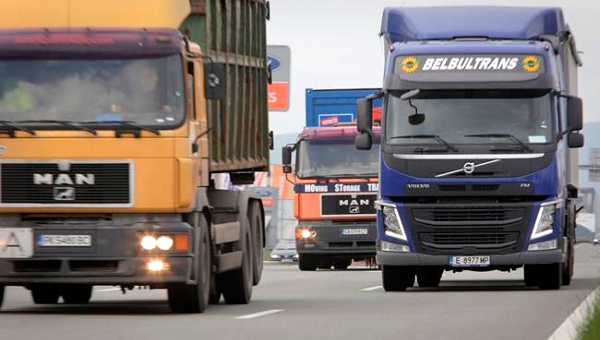 The use of private cars is by far the largest contributor to emissions in the transport sector. However, this article will mainly focus on freight transport. Heavy duty vehicles represent around a fifth of all EU transport emissions, and these levels are expected to continue to increase. Aviation is already a major and growing emitter, and in Europe, its emissions have doubled since 1990. As for shipping, it is one of the largest GHG emitting sectors of the global economy. EU-related shipping is responsible for about one fifth of global ship GHG emissions.

The transport sector, globally as well as in Europe, has been, and is still, going through major transformations. Economic crisis, globalization of the economy, rapidly growing world trade, industrial restructuring into huge integrated supply chains, including the digitization of logistics, just-on-time deliveries, the development of the single market in the EU, followed by extensive deregulation have all contributed to this transformation.

Because of the global division of labour, forced through free trade agreements, the need for transport has increased immensely. Consequently, transport systems have changed dramatically. Cheap transport services are the blood flowing through the veins of the liberalized global economy. Two of the most important effects of this development have been major increases in GHG emissions and a massive deterioration in working conditions for transport workers – and these two factors are clearly interlinked.

Some years ago, the European Transport Workers’ Federation (ETF) carried out extensive work to map working conditions in road transport. In the period between 2008 and 2012, the ETF interviewed about 1000 drivers – focusing on foreign drivers working in a Western European country. The appalling working conditions revealed by this project are reflected in the report’s title, Modern Slavery in Modern Europe.

Here are just some of the conditions revealed through the ETF project (ETF, 2012):

The establishment of mailbox companies in low-cost countries is another major problem. The ETF found that transport companies use these companies to reduce pay and social costs by up to 90-95 per cent. Drivers are recruited through a staffing agency in one country, on behalf of a transport company registered in another country with a very favourable tax and levy level for employers. The drivers then operate in third countries, mainly in Western Europe – often with false contracts.

Many of the drivers’ conditions are contrary to existing laws and regulations, but lack of control and enforcement makes it possible to operate with impunity. This development has important effects also on GHG emittance in the road haulage industry.

Firstly, transport services become so inexpensive that they will be over-utilised by transport users. The fact that road freight transport far from covers its other external costs draws in the same direction.

Secondly, the accompanying undermining of trade unions contribute to weakening one of the social forces which could have contributed to strengthen climate change policies. This is a serious weakness in the transport system that is already in great need of a radical overhaul.

Much of freight transport globally works as integrated parts of global supply chains. This creates a potential for building alliances between transport workers and manufacturing and warehouse workers in challenging employers in the many multinational companies that are undermining not only wages and working conditions, but also, highly necessary climate change policies. This is a potential, though, that is far from being utilised by the trade union movement today.

How Can Transport be Transformed?

According to the Paris Agreement, all economic sectors in society, including transport, can and must be decarbonized by 2050 at the very latest in order to reach net zero emissions. Four years after the Paris Agreement, however, transition to cleaner energy has been minimal, particularly in freight transport. Emissions are still increasing. This is also the case in other economic sectors, but the transport sector is the one that is most in demand.

There are three ways to reduce emissions in the transport sector, the so-called ‘Reduce – Shift – Improve’ model of the International Transport Workers’ Federation (ITF, 2010, p.20):

Most often, the first two methods are highlighted in the discussion on climate policy in transport. However, these two methods alone are unlikely to reduce emissions from the transport sector to a sufficient extent. It is imperative to also reduce transport needs. These, however, do not arise in the transport sector but are answers to needs that arise in other sectors of the economy. Social and economic planning across a number of sectors in society will therefore be necessary in order to reduce emissions sufficiently, or to decarbonize whole sectors in “a whole economy approach” (ITF, 2010, p. 18).

Some years ago, transport consultants at Cambridge Systematics prepared an interesting report on how to reduce emissions from the transport sector mainly by reducing the amount of transport. They looked at nine different strategies to achieve it across freight and passenger transport, such as different fiscal policy, land-use planning, improved public transport, integrated transport systems, etc. However, they did not include more radical political interventions in the global production and trade structures. Interestingly, they concluded that this could help reduce emissions from the transport sector by 24 per cent by 2050 – that is, primarily through reduced transport needs (ITF, 2010, p. 22).

An easy entry point would be to fight for better working conditions and payment in the sector. That would lead to rising prices for unnecessary transport and could be combined with tax and strong emission limits.

Transport and energy are two sectors of strategic importance that have always relied on each other. Electrification through renewable energy now seems to be the favoured way to decarbonize great parts of the transport sector. However, corresponding plans to build the necessary capacity of clean electricity have not materialized. Also, there seems to be a belief among many politicians and climate campaigners that the task now is just to replace fossil fuels by renewable energy sources, while everything else should remain the same in our societies. In this way, they strongly underestimate the enormous structural challenges we face in the way we organize our lives and our societies within sustainable limits.

The programme manager at Sustainable Mobility for All (SuM4All), Nancy Vandycke (2019), reminds us that “[t]echnology is no silver bullet and could actually reinvigorate existing transport and energy systems by making them cheaper and more efficient.” That can lead to more cars on the roads, more congestion, and thus, less sustainable transport and more road freight transport. Thus, the decarbonization of the transport sector cannot happen using market forces. We will need public ownership and a democratically regulated and planned transition, which are among the important policy demands raised by the Trade Union for Energy Democracy network, established in 2012, which is being supported by an increasing number of trade union organizations (TUED, 2013).

A Transport & Environment report (2018) concludes that it is possible to decarbonize land freight by 2050, but it would require a significant shift in policy and ambitious and early action to make it happen. Very large investments will be needed. Both curbing demand and a shift to cleaner transport modes will be necessary. The report assumes that the only form of zero emission energy that has the potential to power transport at scale is electricity. This means that the decarbonization of the energy sector is a prerequisite for a zero-emission transport system.

Based on those preconditions, the share of rail freight in the EU could be increased from today’s 18 to 23 per cent. E-highways could power long-distance trucks with electricity that is renewed whilst they drive (using overhead lines through a pantograph – like a tram). Aviation and shipping represent huge challenges. Previously, those transport modes were under the auspices of the UN’s aviation and shipping agencies, the International Civil Aviation Organization (ICAO) and the International Maritime Organization (IMO). Unsurprisingly, very little has happened on a voluntary basis. These are sectors where vast amounts of hydrogen and synthetic fuels will be required – and it will be extremely expensive.

A prerequisite for meeting the dramatic climate challenges we face is to acknowledge that the neoliberal, market-focused measures taken so far have largely failed and that they will probably continue to fail if no serious restructuring occurs. This is not just about what is often described as ‘lack of political will’. It is a systemic problem we are facing – an economy driven by growth, profit, competition, and commercial mass consumption (Sweeney & Treat, 2017). 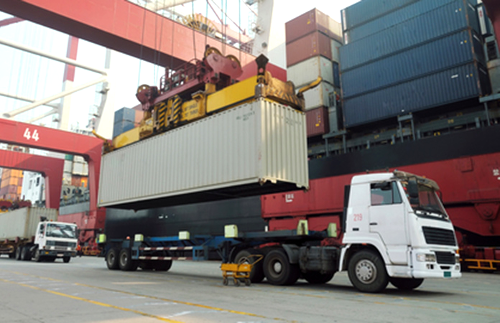 This failure calls for a programmatic shift on the part of the international trade union movement – one that shifts the focus away from market-oriented ‘green growth’ toward a position anchored in the need to reclaim energy to public ownership and democratic control (Wahl, 2019). Changing the system of production and consumption requires democratic management of the economy, and such large-scale changes can only be achieved in the current situation through massive popular mobilization. In this struggle, the trade union movement has an essential role in organizing those who through their work create the values ​​in society. In doing so, unions are, potentially, given a strategic role in the social struggle that becomes indispensable (Wahl, 2016).

However, trade unions are on the defensive all over the world, and they are under immense pressure from strong economic and political forces. Despite the enormous shift in the balance of power, which has taken place in favour of capitalist interests, most of the trade union movement has continued to cling to a ‘social partnership’ ideology. This partnership relies on social contracts for wage-setting and social dialogue with governments and companies as its main methods of influence. But, in the current situation, this is a rather counterproductive coming with great costs and few gains.

The limits of this class compromise of social partnership is very well illustrated in the document which the International Trade Union Confederation produced for the COP25 meetings in Madrid last December (ITUC, 2019). The document states that “[t]here is a climate crisis. A net zero emissions economy with Just Transition measures is our only chance of survival.” And the ITUC response is: “Without the social dialogue vital to achieve progress on this, the impact on the economy can only worsen.” But as we have seen over a number of years now, the economic impact for workers and unions can also worsen with social dialogue. This illustrates, more than anything else, is that great parts of the trade union and labour movement are in deep political and ideological crisis. The longer it takes for the trade union movement and the political left to break out of the political crisis produced by social partnership thinking – and enter into a fighting mode of social struggle – the closer we get to the climate catastrophe.

Challenges for Workers and Unions in the Transport Sector

Democratization of the economy does not come as a result of rational considerations and convincing arguments alone. It will be necessary to challenge some of the strongest economic interests in society, related to fossil energy. Here are some of the challenges we face:

This article first published on the Zeitschrift LuXemburg website.