It is not surprising that the first recorded deaths from COVID-19 were in nursing homes. But the contributing factors cannot be attributed solely to age. 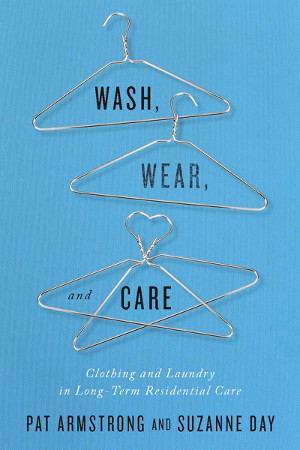 Long-term residential care shares with other healthcare organizations the negative impacts of neoliberal policies, namely cutbacks in government funding and a failure to keep up with demand for public services, managerial practices that create part-time jobs, contract work that eliminates benefits and irregular hours of work, the downloading of labour to those with the fewest formal credentials, the reduction of staff to a minimum, tight control over workers, and the privatization of ownership as well as the contracting out of work in non-profit and municipal homes. All of these policies and practices have an impact on the conditions of work that are the conditions of care.

However, they have a particular impact within the places most commonly called nursing homes, defined as those that provide 24-hour nursing care and services heavily subsidized by government to make them accessible based on need, not ability to pay. The failure over the years to provide enough beds to meet the growing need means that the majority of those now in homes have been diagnosed with dementia as well as with a host of the chronic illnesses often combined with incontinence, making them especially vulnerable to any virus. At the same time, a significant number of the homes were built to accommodate the frail elderly, not those with heavy healthcare needs. As a result, there are still homes with rooms for four and a bathroom shared by all, dining rooms designed for close personal contact, and narrow halls that make distancing impossible, not to mention limited access to the outside and to easy ways to wash hands.

Many homes have contracted out food, laundry and housekeeping services, bringing outsiders into the home on a daily basis and limiting managerial control over the quality of their work. Most homes that receive public funding have many unionized staff, which means there is some protection against job loss and some sick leave benefits. This is usually not the case for contract workers and those employed in contracted services, which may encourage them to continue working even if they should be self-isolating.

Low staffing levels have long been identified as a problem in the sector. Although there are requirements to have one RN on staff or on call, only a few jurisdictions set minimum staffing levels and those that do set them well below the 4 hours per resident per day set out in the literature, a figure that is itself out of date and should be raised given the change in the resident population. In long-term care, the pressure is on relatives and volunteers, most of whom are women, to fill the gaps in care on a daily basis. These gaps are not just about social relationships but also about basic tasks such as helping residents to eat. Increasingly, families are also hiring privately paid companions to do some of this work. Most of those in this precarious work are female, racialized and/or immigrant. When these private companions, relatives and volunteers are being barred as a result of the virus, employees will be required to do even more paid work, and more unpaid work, than they have been doing in the past. The barring is reasonable, but the result is even more lack of care.

Like hospitals, the care work in nursing homes is overwhelmingly carried out by women. Unlike in hospitals, the bulk of the labour is carried out by those called by various terms such as personal support workers (PSW) or care aides, many of whom are racialized and/or immigrant. Although some of these workers have unrecognized credentials earned in other countries and many more have years of experience in long-term care, it is not clear how many have the additional training or the equipment required to deal with this virus. There have long been warnings about the need to prepare a labour force to care for an aging population. As a recent ILO report made clear, this requires transforming the conditions of work in nursing homes to reshape economic, social, labour, and migration policies in addition to increasing recruitment, improving wages and working conditions, as well as expanding the number of care jobs (ILO & OECD, 2019: 20).

Given the very long waiting list for admission to nursing homes, many people have looked to what are usually called retirement homes as alternatives. Most commonly organized for profit, retirement homes charge fees ranging from $1,500 to $6,000/month or more, with care costs added on top of that. These places are less regulated or inspected, and the quality may vary even among the most expensive. Those who provide care in these facilities are less likely to be employees or to be unionized. And they are less likely to have the protections that would allow them to stay home or to protect themselves at work. And they may move not only around the home but also from home to home to make up the equivalent of a full-time job, as is increasingly the case in nursing homes.

We learned many things from SARS as well as from multiple research studies, but there have been few structural and work organization changes in nursing homes as a result.

The Political Economy of Health

While we know a lot about how political economy influences population health, we now see ways in which population health can have an impact on political economy. The tourist industry, which is among the top three industries in Toronto, has been particularly hard hit but it is far from alone. The impact may be especially hard for small businesses but very few businesses are immune. Undoubtedly the responses have been shaped by international economic powers and by economic concerns, but globally countries have now awakened to the fact that the market cannot stop the spread or go on as it is for the moment at least; only populations can. The pandemic clearly demonstrates the limits of the medical model and the importance of other health determinants even as we pour efforts into finding medical solutions.

The pandemic also demonstrates how economically and socially precarious so many people are, raising important questions not only about market strategies but also about government social supports, regulations and government responsibility in a wide range of areas that are critical to controlling this pandemic. The pandemic thus raises the questions about states and governance of the sort. The application of for-profit methods and assumptions to hospitals help explain why there is no surge capacity for hospitals or nursing homes. 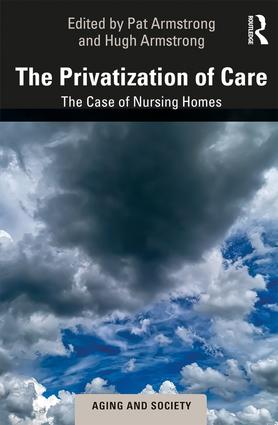 But at least we have universal hospital and doctor care, with access mainly based on need rather than on ability to pay. However, we need to pay attention to those who are excluded from medicare and who are often among the most vulnerable to illness. And we need to think about the services that are not included in our universal system and what that means to particular populations that are likely to be the same ones without paid sick leave or decent wages.

At the same time, it becomes increasingly clear that healthcare involves a wide range of paid and unpaid providers, most of whom are women and many of whom are racialized and/or immigrant. The importance of clean has never been so obvious, food central, and social support critical. Care aides travelling from nursing home to nursing home in order to get enough hours of work are carrying the virus with them, demonstrating the threat from managerial practices promoting precarious work. Barring families and volunteers from nursing homes reveals the extent of the reliance on unpaid labour and the low staffing levels that support profits.

Political economy also draws attention to the tensions involved. The most obvious are those between emphasizing the threat and avoiding panic, between preventing contact and promoting isolation, between supporting business and supporting individuals and between what compromises we make now to deal with this emergency and what we have to protect. And, of course, it raises the question of who benefits, while recognizing significant differences in the consequences in terms of gender, racialization, class and other social relations.

We are witnessing some consequences of privatization of health and care, broadly defined as the move away from not only public delivery and public payment for health services but also from a commitment to shared responsibility, democratic decision-making, and the idea that the public sector operates according to a logic of service to all. Privatization is the process of moving away from any or all of these.

The pandemic is exposing the weaknesses of a neoliberal agenda that promotes smaller government with lower taxes and less spending, private payment and provision, for-profit managerial strategies, market mechanisms and individual responsibility as well as corporate decision-making. The main strategies now promoted to limit the impact of the virus require big government and collective responses on the part of the population. There are calls for more government regulation, intervention, spending and social supports at the same time as we are all asked to share the responsibility for preventing the spread by staying home and washing our hands.

A big question is whether the aftermath will be a move to more collective strategies, based on a recognition of shared responsibilities, or pressure for more authoritarian governments supporting even larger corporations emerging from the losses of smaller businesses. • 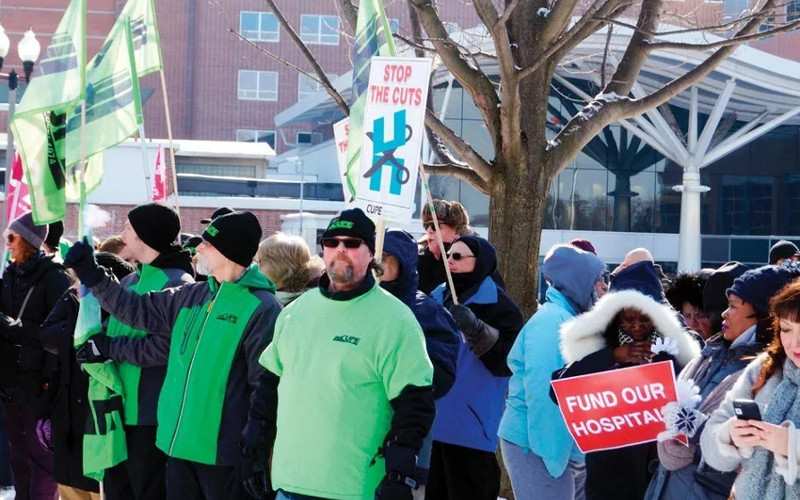