Will Boeing Survive as a Civilian Aircraft Maker in 2020?

The dismissal of Dennis Muilenburg as CEO of Boeing might have looked like an early Christmas present to the employees and shareholders of Boeing, but the company’s disease has gone way past the point where any single corporate surgeon can save the patient. For those who bothered to look (and this evidently did not include the Federal Aviation Administration (FAA)), Boeing’s increasing degeneration has been evident for decades, even as the stock price continued to rise, as a consequence of quirky accounting practices that masked the company’s deteriorating cash flow position. If the 737 Max 8 is killed off for good, it will create a huge existential risk for Boeing’s future as a viable civilian aviation manufacturer, as the company had projected revenues from its 737-related sales into its business plans for many years to come (it goes without saying that the Pentagon will keep the company afloat, with Boeing effectively operating as a military subdivision of the Department of Defense). 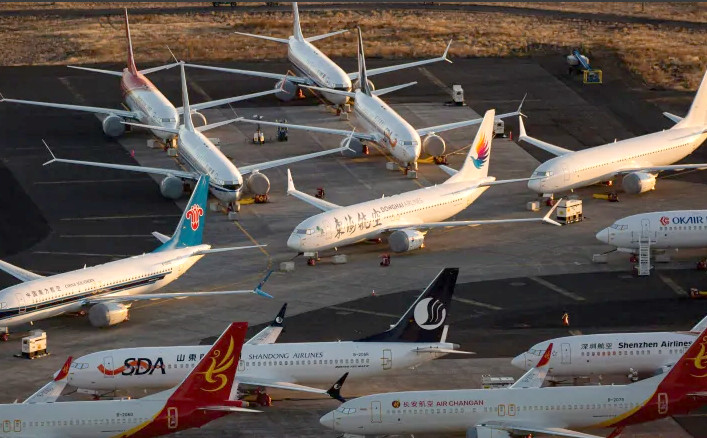 The 737 Max 8 is not the first example whereby Boeing has violated the principle canon of aviation: namely, to manufacture a plane that flies as simply and safely as possible. While this principle has been most egregiously flouted in the case of Boeing’s latest iteration of the “Next Generation” series of 737 planes, the Max 8, the 787 Dreamliner has also remained an ongoing headache for the company.

Over their economic lifespan, all successful commercial airlines do two things: they grow in size, first, by creating new models that carry more passengers. Second, they adopt new technologies that lower the cost per seat mile (this is becoming increasingly germane when factoring the fuel economy into the cost, given the Environmental Protection Agency’s recent rulings that aircraft emissions contribute to climate change, hence opening the way for additional regulation of the industry).

One wonders if Boeing – hamstrung by its self-inflicted errors, notably the degradation of its historic flight engineering capabilities – will remain sufficiently robust to allow it to continue to capitalize, for example, on the growing all-electric market (that could well become a major feature of future regional air travel). The two are not strictly related, but clearly the longer the 737 problems remain, the more impaired becomes the capacity for Boeing to innovate in other areas and profit from this growing trend in “green aviation” (as well as offsetting increasing regulatory headwinds).

In any event, there is ample evidence to suggest that the company will continue to lose global market share, notably to Airbus, largely because of decisions made early in the 737’s life. The Max 8 problems are largely the by-products of bad hardware design, not flawed computer software. The plane sits too low to the ground to handle the growing size of engines or provide adequate takeoff and landing clearance when lengthened. Instead of acknowledging the need to build a better airframe that would have addressed the structural flaws (i.e., longer landing gear and more upward bend in the wing), Boeing has instead relied on a software fix called the “Maneuvering Characteristics Augmentation System,” or MCAS for short. (The problems afflicting the Max 8 are not an issue for its competitor plane, the Airbus A320neo, where manual overrides by the pilot are built into the system, which in turn prevent the types of crashes that characterized the infamous Ethiopian Airlines Boeing 737 Max 8 flight.)

The MCAS modifications ostensibly saved money for Boeing in the short term, but that represented another instance of an overly financialized company being penny-wise and pound-foolish, given the ongoing challenges associated with the 737 Max 8. Despite the oft-cited “improvements” made to the 737 Max 8’s computer software, the plane still has not received its safety certification from any global aviation authority, including the Federal Aviation Administration (which until recently has largely ignored its regulatory mandate and acted more as a promoter for the U.S. civil aviation industry). The long delay is consistent with the notion that the problems extend well beyond computer software shortcomings. That the FAA recently hinted that additional flight simulator training is all that would be required to get the planes recertified, however, is most concerning, as it evades the more profound hardware issues. It would imply that reconfiguring the MCAS software and training pilots accordingly sorts out the problems.

Even this concession on the part of Boeing would be problematic for the company, as Gregory Travis, a pilot of 30 years and commentator on civil aviation matters, has argued:

“Put in a change with too much visibility, particularly a change to the aircraft’s operating handbook or to pilot training, and someone – probably a pilot – would have piped up and said, ‘Hey. This doesn’t look like a 737 anymore.’ And then the money would flow the wrong way.”

In other words, the “solution” still threatens Boeing’s future cash flow and further undermines its credibility.

One can understand why Boeing is so keen to recertify as soon as possible: As of the end of Q3 2019, the company had negative operating cash flow of $2.4-billion. The company is currently burning cash at a rate of $1.5-billion to $2-billion a month, largely as a consequence of ongoing payments to suppliers, such as Spirit AeroSystems (the company that builds the 737 fuselages), lest the supply chain collapse. Barron’s also reported that, “About 275 [737 Max 8] planes have been built and parked. Inventories have consumed nearly $10-billion in cash in 2019.”

Boeing has continued to cover its cash flow shortfall by issuing more corporate bonds, which explains the large rise in debt. But the failure to get the 737 Max back in the air means that the company can no longer credibly book revenues from anticipated further sales of the plane. In fact, if the plane is not recertified by the spring of 2020, Boeing’s cash position could become perilous, as nearly all airlines will have the ability to cancel their orders and get their cash deposits back, which is up to 70 percent of the plane value prior to delivery.

Cash flow pressures are already mounting for Boeing: Ryanair has already disclosed that it stopped putting deposits down last November, and is also looking for incremental price discounts on its existing Max orders. Other airlines are doing the same, as Boeing acknowledged on a recent investor conference call, reported by Barron’s. At the same time, United Airlines has recently placed a $7-billion order with Airbus to replace its aging fleet of 757 Boeings. While not directly related to the problems with the 737, the purchase must be viewed as an overall vote of no confidence from a company long regarded as one of Boeing’s most loyal customers.

Boeing’s new CEO, David Calhoun, is unlikely to solve these multifold problems. Having spent 26 years at General Electric, stripping aviation talent out and replacing real engineering with financial engineering, Calhoun eventually became a director at Boeing in 2009. In 2014, he joined the Blackstone Group, a private equity firm that, as Matt Stoller points out, “is a vector for financializing corporations” as well as being a company well-versed in creative accounting shenanigans that enable corporate entities like Boeing to mask their extensive cash flow problems. During his tenure as a Boeing board member, Calhoun has been a party to a series of decisions whereby financial machinations of the company’s managerial class have taken precedence over safety culture. Despite many years of affiliation to the aviation industry, then, Calhoun himself is merely another financial “Master of the Universe,” representative of a caste that specializes in outsourcing and stripping out talent, all the while championing practices such as dressing up the balance sheet in a manner that is legal, but has distorted the underlying profits position of the company. 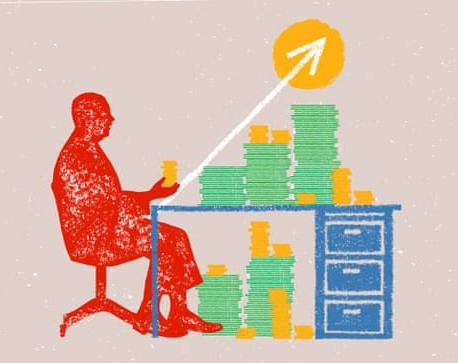 Unfortunately, soon there might be nothing left for Boeing to outsource. At the end of December, Spirit AeroSystems indicated that it would “suspend production of 737 MAX fuselages on Jan. 1,” according to a report from the Seattle Times. Although this has been characterized as a “temporary suspension,” it will be highly problematic to restart production if the recertification does not come imminently. Consider the following:

To survive as a viable entity in its own right, Spirit is seeking to pivot away from its dependence on Boeing – by going after Airbus contracts (including Spirit’s $1.1-billion purchase of the old Bombardier factory in Northern Ireland to make Airbus wings). That won’t help the workers in Wichita get their jobs back, even if the diversification proves successful, but it does highlight the enormous costs associated with a loss of confidence and trust between Boeing and its civilian subcontractors. As in the breakdown of any relationship, the injured parties begin to consider new strategies in order to protect themselves. This is exactly what Spirit has done. Like a wronged spouse, Spirit is now looking for a more reliable partner.

As for the thousands of Spirit workers, who have just joined the ranks of the unemployed, unless Spirit can make some believable promises to them that they will be rehired very quickly, they will begin to disperse into the Wichita workforce or beyond. Of course, Spirit can make no such promises because it cannot be assured of any credible commitments from Boeing. And Boeing, in turn, cannot make any promises because it has lost control of the narrative about recertification. The longer the delays, the more they entrench the idea that Boeing can no longer be trusted to build a safe plane.

As of today, Boeing’s relationship with Wall Street, although fraying, remains intact. This has enabled the company to keep borrowing (and also explains the decision of the board to continue making regular dividend payments, as a cut or suspension of such payouts would likely alert the markets as to the full magnitude of Boeing’s cash flow crisis, thereby curbing their ability to take out additional financing).

But as a viable civilian manufacturing concern, Boeing’s future remains tenuous. The appointment of David Calhoun as CEO likely represents a stopgap, although his financial engineering expertise will likely prove useful if and when the civilian aviation business is spun out from the military division, and taken it into bankruptcy or reorganization, after the legal asset-stripping has taken place. In that regard, Boeing’s trajectory will represent the perfect apotheosis of all that has gone wrong with American capitalism for the past half-century.

Likewise, the FAA will do little to assuage concerns about its own regulatory capture, if it settles for a fig-leaf solution to resolve the recertification issues surrounding the 737. Like Caesar’s wife, the country’s leading civil aviation authority must be seen to be above suspicion.

At this point, no one can credibly promise anyone else anything, whether we’re talking about Boeing, the FAA or the overall system itself. There is zero empathy in the system, and zero empathy translates into total entropy. Wall Street does not understand this because Wall Street does not understand how to quantify empathy and trust other than in the crude human instrument of goodwill. Hence Boeing’s stock price will likely remain unaffected until disaster is staring even the most stonehearted analyst in the face. Much like the failed early warning systems that failed to avert the tragic 737 Max accidents, at that point, it might well be too late to rescue Boeing. •

Marshall Auerback is a market analyst and commentator.