Statement on Assassination of Qasem Soleimani and its Aftermath

The US military’s assassination of Qasem Soleimani, one of the top military commanders of the Islamic Republic of Iran’s (IRI) expansionist regional policies and its proxy wars in the Middle East, can lead to retaliation by the Islamic regime. Such retaliation, the threat of further US retaliation and a chain reaction could further destabilize the region and endanger the lives of thousands of Iraqis, Iranians and other ordinary people in the Middle East. IASWI strongly condemns the Trump Administration’s military adventurism in Iraq, which is a continuation of the catastrophic US invasion of this country. 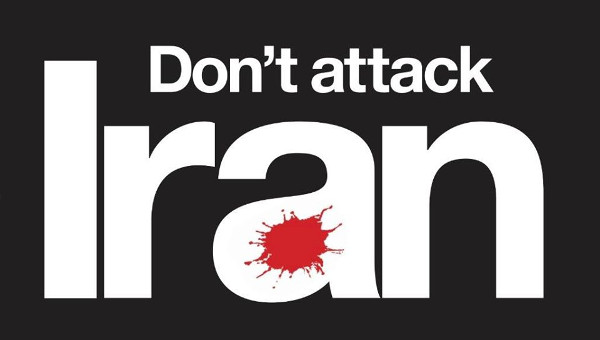 Furthermore, we denounce IRI’s bloody interventions in Iraq and its participation in repression of the Iraqi protesters. We support the demands of many Iranians and Iraqis, particularly during the recent uprisings, calling on both American and Iranian military and paramilitary forces to leave Iraq immediately and refrain from further endangering the lives of Iraqis and other people in the region.

At the same time, IASWI cautions against fear mongering that we have witnessed by both US imperialism and the IRI regime and also on both mainstream and the social media. Many concerned people are calling for calm and de-escalation on all sides and clearly point that any military escalation is strongly condemned by peace loving people around the world. If escalated, military conflicts between US imperialism and the Iranian regime will be disastrous and its main casualties will be as always the working and ordinary people. It is important to emphasize that the current mounting tension is also used as a pretext to disrupt and derail the internal issues in the US against the racist and criminal Trump Administration and the growing dissatisfaction and anti-regime protests in Iran against repression, poverty and corruption. The increased militarization will be used to broaden attacks on workers’ and human rights by both sides of the current conflict.

Our position, informed consistently by the Iranian labour movement and socialist forces on the ground, has been clear throughout the years. We continue to look at this prolonged conflict between a globally criminal imperial power and a brutal and corrupt regional power from an internationalist anti-capitalist perspective. We unreservedly oppose economic sanctions and military interventions and wars by the US and its reactionary allies, i.e. Saudi Arabia, Israel…, while simultaneously supporting the class war against the reactionary ruling capitalist system that has been taking place in Iran.

The class war between the repressive capitalist regime and employers and the working class and oppressed people in Iran have taken tens of thousands of lives throughout the years. Within the first three days of the recent uprising in Iran, November 15, 2019, hundreds to reportedly 1500 protesters, mostly young people from working class areas, were killed and up to 10,000 were arrested while thousands got injured. Families of those killed and arrested have been threatened not to speak out publicly or to hold public memorials. Security forces, including the notorious killer members of the Islamic Revolutionary Guard Corps that Soleimani belonged to, have been everywhere to prevent and crush any grassroots gatherings except those sanctioned by the government. Unfortunately, these protests received little pro-active support from progressive groups in the West although many trade unions internationally condemned the suppression of the protesters.

In the past 40 years, tens of thousands of labour activists, communists, feminists and real anti- imperialists have been executed, imprisoned, tortured, flogged and banned from workplaces and schools in Iran by the Islamic Republic of Iran. All socialist, communist, left and labour groups are banned and oppressed by the IRI, and that’s not a new phenomenon but a common practice for almost 40 years. Workers and labour activists organizing for their most basic rights have been violently persecuted, tortured and imprisoned.

We reiterate our position for the past 20 years:

“A working class and progressive position defends a real peace and the independence of the workers’ movement: an anti-capitalist position not only opposes economic sanctions but also any attempts by the US and its allies to pursue war against Iran, while, at the same time, supporting the ever-increasing workers’ struggles against the repressive Islamic regime and capitalists in Iran, that have been viciously implementing the most aggressive and ruthless anti-worker, totalitarian and neoliberal policies in this country’s contemporary history.”

We believe the workers’ and socialist organizations and progressive forces in the West are rightly confronting their own capitalist governments especially US imperialism. A victorious class war against capitalism in the US and anywhere else in the West can help the working class around the world particularly in the Global South. However, this is a long process and will require enormous organizing, mobilization and sacrifices by the progressive forces in the West; thus and in the meantime, expecting the Iranian working class, oppressed people, women, socialist and other progressive forces to endure all these sufferings and stop organizing and fighting for their rights against the brutal capitalist regime in the name of the US threats is not acceptable, and frankly it is a racist and pro-capitalist approach, which amounts to apologism for a brutal regime.

Say no categorically and proactively to US warmongering and stand firmly in solidarity with the working class and the poor and oppressed people of Iran, and not the tyrannical Iranian regime, and help strengthen anti-capitalist, anti-poverty and social and economic justice movements in Iran and across the region.