The People of India Are Taking It to the Streets

Every day and in every part of India, hundreds of thousands of people – mainly young people – gather on the streets to express their anger at the government. Their protests, like those of the protests in Chile, emerged out of one particular grievance but then have cascaded outward. They are angry at the government’s attempt to define citizenship in a narrow and bigoted way; but they are also angry at the arrogance of the government and at the disastrous way in which the government has managed the economy. 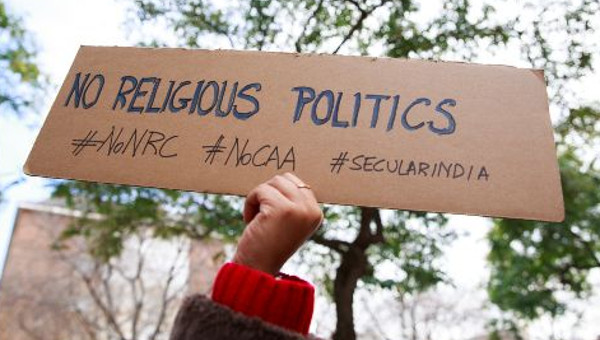 India’s Prime Minister Narendra Modi comes from the Bharatiya Janata Party (BJP), a far-right political organization that has intimate roots to India’s fascist currents. The BJP’s parent party, the Rashtriya Swayamsevak Sangh (RSS), was born in 1925 with close links to Italian fascism. Both the BJP and the RSS believe in a doctrine known as Hindutva, which is essentially to promote the supremacy of Hindus over other communities inside India.

The animus of the BJP and the RSS is directed against India’s Muslims. The way that the BJP government defined the refugee act (the Citizenship Amendment Act, or CAA) and the citizenship register (National Register of Citizens, or NRC) appears directly to target Muslims, and to define Indian nationality in opposition to Muslims.

Given India’s population, minority communities are considerably large. India’s Muslim population, for instance, is 15 per cent of the total population, which amounts to more than 200 million people. The country with the largest Muslim population is Indonesia, and Pakistan and India essentially tied for second place; India’s Muslims – by themselves – form the eighth-largest country in the world after Brazil and ahead of Nigeria.

The demographic makeup of India necessitates that the country’s laws and traditions accommodate all of India’s cultural and social diversity. The fascistic viewpoint of the BJP and the RSS is not only immoral and unjust, but it is simply impractical.

The upsurge of the population against this immoral anti-Muslim posture of the government has surprised the BJP leadership. Modi and his cabinet have become used to pushing a hard-right agenda. When Modi was the chief minister of Gujarat, he oversaw a pogrom in 2002 that killed more than 2,000 Muslims and disenfranchised many thousands more. The BJP’s agenda was clear then; it did not take the new bills to show the face of the BJP’s animosity to India’s diverse social world. That was apparent in 2002.

Indeed, it was apparent in 1992, when Modi’s seniors in the BJP and the RSS egged on mobs to destroy a 16th-century mosque in the town of Ayodhya (on its ruins the Indian Supreme Court had earlier this year allowed a temple to be built, a vindication of the hooliganism of 1992). Since 2014, when Modi became the prime minister, violence against Muslims and against oppressed castes (Dalits) has become routine.

For historical reasons, the borders between India, Bangladesh, and Myanmar have been porous. These are lines drawn by colonial rulers that made no sense to the people whose lives were divided by them. People cross these borders as they have for centuries, but they also cross them to flee oppression. Because of the violence from the government in Myanmar, over a million people of the Rohingya community have fled the country for Bangladesh, India, Indonesia, Malaysia, and Thailand. The BJP’s Amit Shah – who is India’s home minister – went after the 40,000 Rohingya refugees who are in India. He wanted them deported to Myanmar.

In September 2018, at an election rally in West Bengal, Shah spoke of the migrants from Bangladesh in the most horrid language. “Infiltrators are like termites in the soil of Bengal,” he said. “A Bharatiya Janata Party government will pick up infiltrators one by one and throw them into the Bay of Bengal.” This language of “termites” and “infiltrators” is deeply provocative, and very dangerous.

In Assam, an Indian state that borders Bangladesh, the government constructed detention or concentration camps, where it held those whom it wanted to deport. Amnesty International’s report from November 2018 provides extensive documentation of the existence of these camps, and of their illegality. The report quotes BJP official Shiladitya Dev’s remarks about migrants being involved in “criminal activities,” and Modi’s comment that people are entering Assam from Bangladesh daily. “The underlying hyperbolic,” the report says, “seems to be aimed at dehumanizing Bengali speaking people.” The Indian Supreme Court also intervened to ask for the detainees to be released.

A clever person has set up a website called Modi Lies. For good reason the makers of the site have not given their names or said anything about themselves. A new report shows that during Modi’s tenure there have been about 200 documented cases of attacks on journalists who tell the truth about the Modi government; 40 journalists – at least – have been killed in this period.

During these current protests, the correspondent of The Hindu – Omar Rashid – was picked up by the police in Lucknow, the capital of Uttar Pradesh, a state governed by the BJP. Rashid was beaten and threatened with violence, including being told that the police would tear off his beard. This is the climate for journalists. It is also chilling to hear the volume of lies from the government. It’s hard to be a journalist when you are confronted by a deluge of untruths. No wonder the Modi Lies site is anonymous.

On December 22, Modi gave a 90-minute speech at a public rally in Delhi. He repeated a volley of lies, but two of them are worth highlighting:

These are flagrant lies. Neither photographic evidence (as with the camps) nor transcripts of actual statements made (as with Amit Shah’s statement in Parliament) are sufficient to undermine the prime minister’s fantastic statements.

But Modi is not alone here. He has good company in Trump, in Erdogan, in Bolsonaro, in Boris Johnson and in a host of other world leaders for whom lying is part of their agenda. Arguments based on reason are not their mode of conversation; their mode is emotion. They speak in an emotional register, in which they claim to be victims of a large conspiracy (“urban naxals”) and in which they reach into the grievances and humiliations of sections of the population and pretend that their hideous policies are a solution. 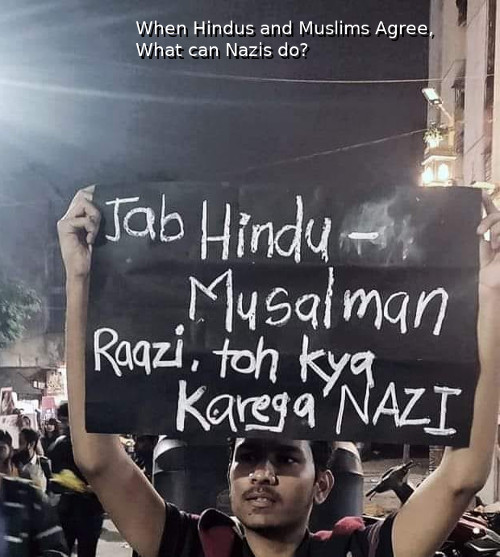 The BJP has deepened the economic crisis and has deepened further the employment problem; it has offered no solutions. But, like Trump, Modi has suggested that if he can tackle the migration problem, he will both secure the country and produce jobs – it is the migrants who are terrorists and job-stealers. This kind of thought process does not need to be logical. It needs to be emotional. To prove that Modi has lied does not solve anything. It is not the lie that is important to his form of communication. What is important is the simplicity of his emotional statement: if I can build the wall, says Trump, I can get you jobs; if I can corral Muslims, says Modi, I can get you jobs.

The lying is maddening. It is what will continue to bring more and more people to the streets. They can see the lie. Outside the circles of those who are on the streets, however, are millions of people who accept the lie. It is not that they are being hoodwinked, but that the lie is a salve against the hopelessness of their social condition. They believe the lie because the lie suggests the possibility of a future for populations who have been taught to think of themselves as the majority in a society.

Other possibilities need to be presented to undercut the emotional resonance of the lie. To say that Modi or Trump is lying is not enough. What alternative is there before those who want the lie, what other argument is there to provide hope against the stagnation of the present? Those on the streets have begun to construct that hope. It will form a utopia, one that has to undermine the emotional power of the Lie of the Strongman.

The BJP’s political power is depleting. In March 2018, it ruled 13 of India’s 29 states, and was in a coalition government in six other states; now, after recent defeats in Maharashtra and in Jharkhand, the BJP rules only eight states and is in alliance in eight more. This uprising has further weakened the BJP. •