Last week, the Trump administration imposed further pressure on Iran by removing two civil nuclear cooperation waivers related to purchase of enriched uranium and heavy water from Iran. By removing these two waivers the Trump administration essentially made it impossible for Tehran to continue its full compliance with the Joint Comprehensive Plan of Action (JCPOA). As a result and after a year since U.S. withdrawal from the nuclear agreement and imposition of several rounds of maximum pressure sanctions that have caused tremendous damage to the Iranian economy, Iran has decided to reduce its commitments under the JCPOA and provide a 60-day period to EU, Russia and China to help Iran against U.S. unilateral sanctions that are in violation of UNSC 2231. 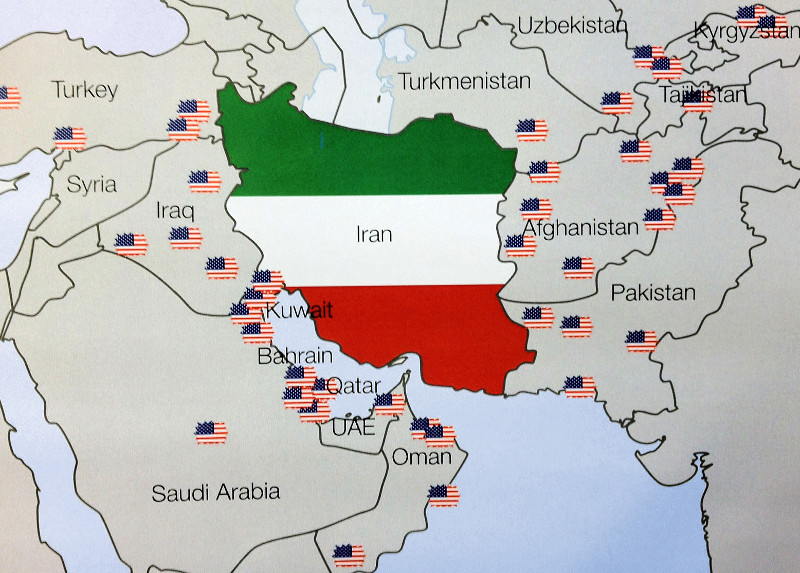 Trump’s misguided policy on Iran over the past year has undermined this landmark non-proliferation agreement; he has made unprecedented and dangerous decisions such as designating a formal military branch of Iran’s armed forces, the IRGC, as a terrorist organization. These decisions of the U.S. administration have escalated tensions in the region and have put us on the path to another catastrophic war in the Middle East region.

Now more than ever, it’s important for responsible nations around the world including Canada to work together to prevent a regional military conflict that will have disastrous consequences for the world.

Unfortunately, Canada has thus far been missing in action on this important issue, even while the region would benefit considerably from Canadian advocacy for peace and multilateralism. We therefore call on the Canadian government to start working with our EU partners to help Iranian people in facing U.S. unjust sanctions and to ensure the survival of the JCPOA. •

Trump and Iran: the Brink of War

Giving some sense of how serious the situation is, two mainstream Democratic senators, Tom Udall of New Mexico and Dick Durbin of Illinois, were alarmed enough to write an op-ed in The Washington Post, warning “Sixteen years after the U.S. invasion of Iraq, we are again barreling toward another unnecessary conflict in the Middle East based on faulty and misleading logic.”

The USA’s decision to pull out of the nuclear accord with Iran a year ago started a countdown to crisis. The sanctions that resulted have caused major damage to the Iranian economy. Oil production and overall GDP have slumped. Inflation is heading toward 40 per cent and the Iranian Rial is under massive pressure. Despite issuing some protests, half-hearted efforts by European Union countries have failed to challenge the U.S. sanctions regime effectively or to provide alternative income flows for the Iranians.

Not satisfied with the levels of economic pain created, in the last few weeks the U.S. has stepped up the sanctions. Trump has removed limited waivers for some of Iran’s oil customers, and more recently, ended permission for Iran to enrich uranium or to transfer enriched uranium out of Iran in exchange for natural uranium.

The result is that the benefits of sticking to the letter of the deal have declined to virtually nil for the Iranians. Combined with the deployment of B-52 bombers to Qatar and the dispatch of the aircraft carrier USS Abraham Lincoln to ‘counter Tehran’ the situation can only be interpreted as one of extreme threat by the Iranian government.

No surprises then that Iran’s Foreign Minister Javad Zarif believes that the Iranian people “have lost hope. They have lost faith in the utility of international engagement. And that is alarming.”

At least in public, the USA’s plan A still appears to be to increase Iran’s economic pain to the point of stoking a domestic uprising that weakens the Iranian government’s sovereignty, removes the regime or at a minimum draws Tehran back to the negotiating table.

But anyone with any knowledge of the situation will be clear that these outcomes are unlikely. Given its recent behaviour there is no reason Tehran should have any faith in further negotiations with the USA. Escalating sanctions are putting the Rouhani regime under pressure from hardliners to toughen its response to the West. Just last month, Iran’s supreme leader, Ayatollah Ali Khamenei, ousted the commander of the Iranian Revolutionary Guard Corps and named a new hawkish chief.

The regime in other words is boxed in. Trump’s tweet saying he was hoping for a call from Tehran was strictly for domestic consumption. Worse, the suspicion must be that John Bolton and Mike Pompeo are seriously considering the use of force as a fallback. They are hardly denying it… John Bolton threatened ‘unrelenting force’ when he announced the military escalations. According to a New Yorker profile of Bolton, as far back as last November he appeared to be proposing bombing a missile test site in Iran after the country test-fired a medium-range missile.

All this is taking place in the context of a strengthening alliance between the USA, Saudi Arabia and Israel which aims to reassert U.S. interests across the region. The Palestinians are already suffering.

The anti-war movement needs to launch a very serious campaign to head off this danger. Step one has to be to ensure that the protests against Donald Trumps’ visit to Britain are massive and that opposition to his catastrophic foreign policy are at the forefront. •

This article first published on the Stop the War Coalition website.

The Iranian Canadian Congress (ICC) is a non-profit, non-partisan, and non-religious organization, established in 2007, to represent the interests of Iranian Canadians and encourage their participation in Canadian society. Follow their Tweets at @ICCongress.

Chris Nineham is a founding member and National Officer of the Stop the War Coalition.