Working Women: Should We Be Combatting Sexism to Stimulate Economic Growth?

In the run-up to International Women’s Day, it was good to see Christine Lagarde highlight the problems of sexism in the global economy. Lagarde, managing director of the International Monetary Fund (IMF) since 2011, argues that combatting sexism and bringing more women into the workplace could raise economic growth in some countries by as much as 35 per cent. Greater gender empowerment through changes in state laws and tax accounting contributes to “higher growth, a reduction in inequality, an improvement in the strength of the economy and a more diversified, export-focused country.” 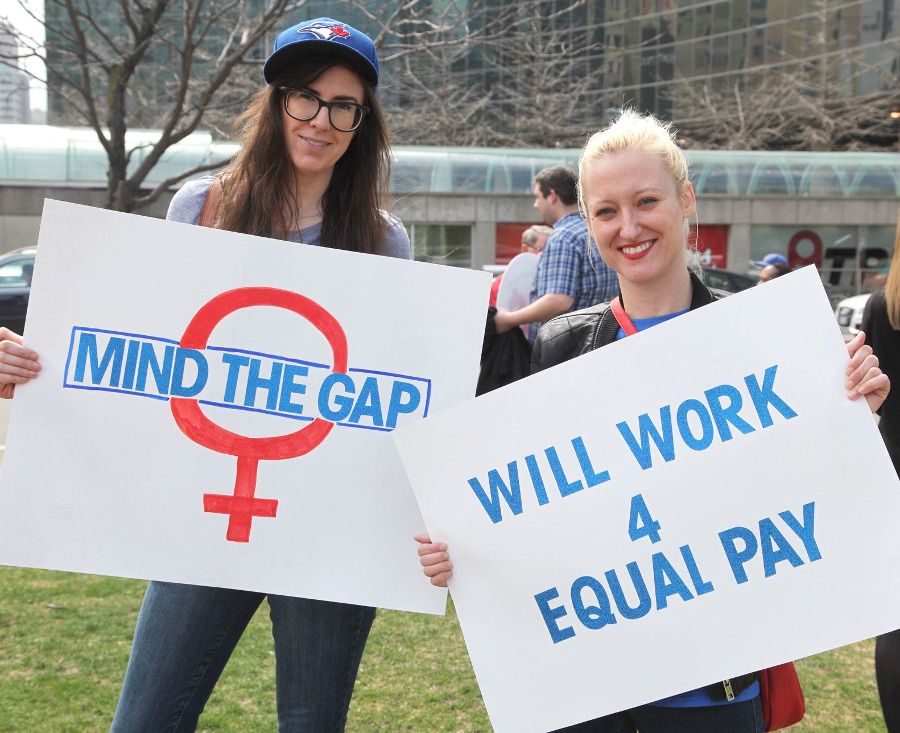 Women are now living longer than men in all parts of the world. Over half a billion women have joined the world’s labour force over the last 30 years, and gender gaps in primary education have closed in almost all countries. But there’s still a long way to go.

Lagarde’s emphasis on combatting sexism is a welcome intervention in public debates. It is refreshing compared to the world’s most powerful politician’s attitudes to women. Yet her message is surprisingly narrow, and in some ways contributes to reproducing sexist attitudes; moreover, there is no sense of where the resources to combat sexism will come from. She is not arguing that the IMF, or World Bank, or core economy states should finance the worldwide re-education of men and boys in feminist principles. Of course, changes to the law are necessary. But so too is an extensive roll-out of pro-women education. This would cost money, and since the 2008 world economic crisis, many states across the global south have economized on their social spending.

There is an element here of shifting the task of gender equality onto states with limited resources, rather than identifying potential sources of funds from which to underpin more far-reaching transformations. Such funds do exist, and could be accessed by just and effective taxation of trans-national corporations.

The strategy of combatting sexism to boost economic growth seeks modifications to, rather than a transformation of, a system that is itself rooted in fundamental gender inequality. It is an excellent example of gender mainstreaming. On the one hand, it incorporates into public discourse previously radical demands for equality by women’s movements; on the other, it makes these demands compatible with prevailing economic relations – in particular those associated with industrialization and economic growth. This is so in at least three ways.

First, the burden of familial care – which is mostly unpaid and predominantly carried out by women – contributes to gender inequalities across all spheres of society. Lagarde does not acknowledge that it represents a mega subsidy to the global economy. In fact, the value of women’s unpaid care work is estimated at $10-trillion – 43 times the annual turnover of Apple. The world’s expanding labour force is, in part, a product of this vast quantity of unpaid reproductive work.

“The value of women’s unpaid care work is estimated at $10-trillion – 43 times the annual turnover of Apple.”

Secondly, the IMF’s economic stabilization programmes have contributed to the worsening of women’s conditions in many indebted countries. Across Latin America between the 1980s and 2000s, women played the role of ‘shock absorbers’ of neoliberal restructuring, by undertaking more low paid work and unpaid domestic work. Increasing numbers of women entered formal and informal labour markets in response to falling real incomes of male workers combined with cuts to social welfare provision.

Thirdly, much of women’s work across the global south occurs within a dynamic of immiserating growth – where economic gains for a small minority are predicated upon workers’ privation. From the garment factories producing Spice Girls T-shirts where women earn 35 pence an hour, to much of the global food supply chain, to electronics assembly factories across Asia, women workers’ wages are often insufficient to maintain themselves and their families. They resort to various strategies – from extensive and health-damaging overtime, to taking on other jobs or relying upon extended families or producing their own food – all to make ends meet for their families.

In the context of widespread political prejudice, Christine Lagarde’s arguments about the need to combat sexism are important. But they conceal as much as they reveal. They seek to adjust, rather than fundamentally transform a world economy rooted in gender discrimination. The kinds of transformations generating real gender equality and women’s empowerment require much greater shifts in wealth and power toward the working women of the world. •

Meenakshi Krishnan is a doctoral researcher at Institute of Development Studies (IDS) at the University of Sussex, and works on issues of women's workforce participation, unpaid care work, family friendly work policies and social protection.