The Economic and Social Plan of the Bolsonaro Government

“Reformed” captain Jair Bolsonaro already committed to the “market” the handover of all decisions in the economic area to large capital, under the hegemony of financial capital and foreign corporations (as personified in Paulo Guedes and his Chicago Boys, including Levy in the Brazilian Development Bank-BNDES). As per the President’s statements, his will be a government directly headed by businessmen committed to the reduction of the “Brazil cost,” that is, to the increase of private profit. A government with such profile would not only give continuity but also radicalize Michel Temer’s agenda with the aim of implementing the following measures: 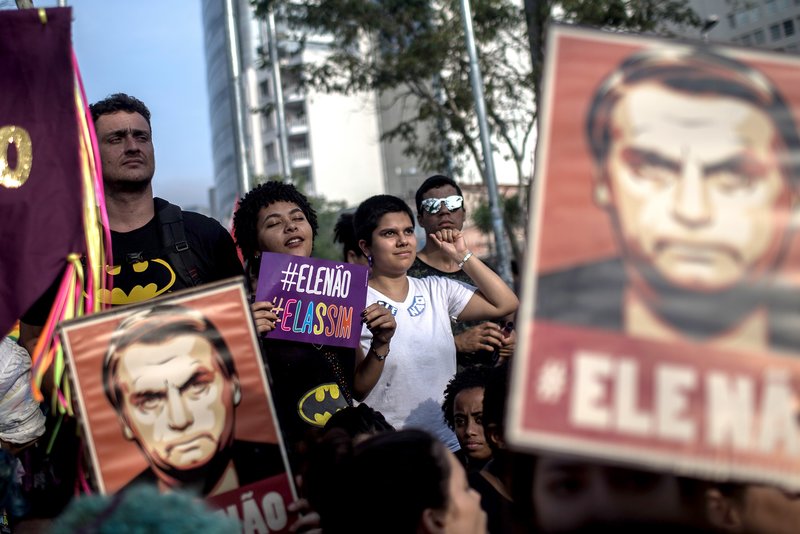 1. A brutal reduction in compensation costs for the workforce (that is, a reduction of the minimum wage and the end of various labour rights, combined with a deterioration of working conditions, through the generalization of intermittent work, subcontracting, and the dismantling of labour justice);

2. The private appropriation of all possible natural resources (oil, mined minerals, land, water, and biodiversity), eliminating any bureaucratic or legal obstacles, trampling over traditional populations and environmental concerns. See statements made on reviewing the Raposa Serra do Sol reserve, given that there are 90 (Ninety!!!) corporations presenting requests to exploit its mineral wealth. See Pre-Sal’s wealth, estimated by the FUP (an oil workers’ federation) to be a patrimony of a trillion dollars, already handed over in the bidding processes carried out until now, and which should continue further. In order to eliminate any environmental barrier, he appointed a truculent minister, with no experience, and completely aligned with agribusiness and large capital, who financed him;

3. The privatization of 149 State enterprises of which only part of Petrobras would remain. They foresee that they can gain 850 billion reals for the public coffers, which would contribute to massacring the public deficit, given that this represents only two years of interest that the government pays banks, and included in that servile process, is the approval of the handover of EMBRAER to Boeing, already in the final sales process, awaiting the government’s approval as contemplated in the reserve clause;

4. The privatization of Social Security where the problem is neither the deficit nor the privileges, especially those of judges and the military, which will not be modified. What banks want is the right to implement a private social security plan, dreaming of large pension funds, with a no-cost access to national savings, as is already taking place with the social security of the BB, Caixa, and Petrobras, which turned into large operators in the speculative investment markets;

5. The dismantling and privatizing public education through the chronic resources and investments in schools and universities; the mass implementation of long-distance training via private corporations; the substitution of public hiring process for technicians and professors by subcontracting; the drastic reduction of academic scholarships, research and support for remaining in the university; the imposition of university presidents by the Education Ministry to the detriment of democratic elections by the academic community; and ideological persecution against the freedom of teaching and research;

6. The scrapping and privatization of public health through defunding of the SUS, the weak regulation of private healthcare providers, the generalization of public-private partnerships as a management model, and the substitution of public contests by temporary subcontracting);

7. The privatization of the public financial system – Banco do Brasil, BNB and Caixa – and a subcontracting and privatization process of public services in general. Anything that can provide profit will be transferred to capitalist corporations to benefit;

8. The favoring of the arms industry (both national and foreign), through the liberation of permits and the budget priorities demanded by police and military forces, including agreements with Israel for the provision of equipment;

9. A public security model that is even more bellicose, less responsible to society and legally less accountable, with the liberation of arms sales, the lowering of the legal age to be tried as a criminal to 16, and a punitive process that is going to fill our prisons even more that they already are;

10. Brazil’s foreign alignment and subordination to the economic interests of the USA and also the political alignment with right-wing governments such as Italy, Israel, and Taiwan, creating a militarist agenda that counters its diplomatic tradition and places peace at risk.

Implementing an agenda like this (free market for those on top and “the law of the jungle” for those below) can only be done through intimidation, persecution, and violence. From a personal viewpoint, the President is an idiot: he is coarse, lacks culture, and was never taken seriously, not even in the armed forces. He is only reliable for the “market” (the bourgeoisie, as we said) because he will outsource all strategic decisions of his eventual government, maintaining control for himself only secondary issues to rage about and launch factoids at public opinion. That is the reading of the relevant economic actors paying the bill for his campaign. The problem (for them) is that Bolsonaro is unprepared to even understand all this, which presents a forecast of unpredictability and uncertainty for the “investors” (the capitalists).

Furthermore, the subject has no organized social and party base that is capable of providing mass sustainability (the so-called PSL is a conjunctural phenomenon, without programmatic consistency). On the other hand, Bolsonaro presents an authoritarian manner that constitutes his public figure that he cannot give up without negating himself. It is this grudge that generates an opposite reaction to what has been social plurality and international consensus until now.

In all, this buffoon is actually plausible only to the fanatics that follow him. The capitalists are using him now, but they have already put a price on him, and placed, as an expiration date, the execution of neoliberal reforms (the package of evils against the people and against the national patrimony, in a shock therapy style – for a year or two, at the most). After that, this character will be dispensable.

He will also use “spectacle” as a combat strategy, and he will be selective in dealing with corruption, Sérgio Moro being his minister, reinforcing “carwash” style prosecution – a selective and political use of the law, combined with the violation of constitutional rights, always calibrated according to the conjuncture. The Law of Borges will return: “Everything for our friends, the Law for our enemies!”

The uncertainty (for all) consists of the fact that, once Pandora’s Box is open, the demons will not easily return to it. As stated by Murphy’s Law, nothing is so bad that it cannot get worse. •

Joao Marcio is a professor at the Universidade Federal Rural do Rio de Janeiro (UFRRJ).