UN Office Calls for Probe Into Human Rights in Kashmir

A conference in Mississauga July 7, convened by the Kashmir Welfare Society, marked the first organized response in Canada to a United Nations report calling for an investigation of human rights violations in this divided South Asian territory. 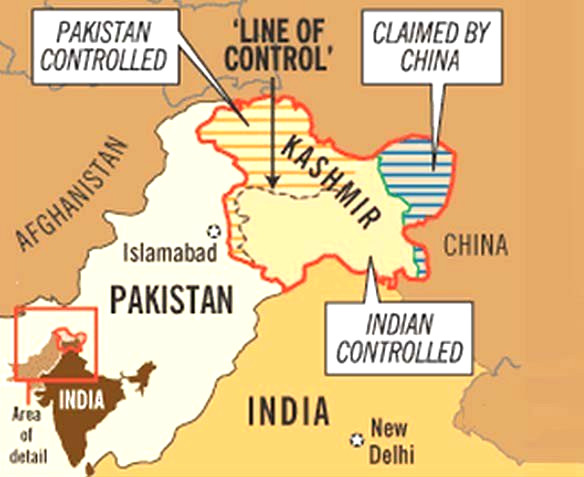 More than 200 participants adopted a resolution calling on the government of India to withdraw troops from Kashmir (full name: Jammu and Kashmir) in order to permit an “enabling environment” for implementation of the UN’s resolutions calling for a plebiscite to determine the territory’s future.

President Sardar Masood Khan of Azad Kashmir, the Pakistan-administered portion of Kashmir, described to the Mississauga gathering a broad unarmed protest movement in Indian-administered Kashmir that seeks self-determination for this territory. He greeted the UN report as a step toward a peaceful resolution of the conflict.

Khan explained that the Report of the United Nations High Commissioner for Human Rights (UNHCHR), presented June 14, 2018, speaks of allegations of “widespread and serious human rights violations” in Kashmir from July 2016 to April 2018, “notably excessive use of force by Indian security forces that led to numerous civilian casualties.”

Zafar Bangash, director of the Institute of Contemporary Islamic Thought, pointed out that a Canada-based petition with more than 50,000 signatures had contributed to the UNHCHR decision to look into the Kashmir conflict.

The UNHCHR report describes credible reports of massacres, gang-rapes, abductions, and “wilful blinding using pellet guns” by Indian security forces that have not met with any official response. Moreover, special Indian laws “obstruct the normal course of law, impede accountability and jeopardize the right to remedy” for victim of these misdeeds.

At the start of the UNHCHR inquiry, India refused to grant it access to Indian-administered territory. The report is therefore based on “civil society estimates.” These indicate that “130 to 145 civilians were killed by [Indian] security forces” while “16 to 20 civilians were killed by armed groups” contesting Indian rule during the 2016-18 period. Another estimate, by the Kashmir Media Service, reports 609 persons killed and 22,000 wounded by Indian forces during that time, including 335 persons fully or partially blinded by use of pellet guns (source: Crescent International).

India’s security forces in the region now include no less than 700,000 heavily armed soldiers, equivalent to nearly 10% of the population of Indian-administered Kashmir.

This region has experienced waves of protests in the past, the UNHCHR notes, but “this current round appears to involve more people than in the past … more young, middle-class Kashmiris, including females who do not appear to have been participating in the past.”

The Indian government has sharply rejected the UNHCHR report as “fallacious, tendentious … [and] “overtly prejudiced,” saying it “seeks to build a false narrative.” Ravish Kumar of the Indian Ministry of External Affairs claimed that “the report violated India’s sovereignty and territorial integrity,” reiterating that the “entire state of Jammu and Kashmir” – presumably including the Pakistan-occupied territories – “is an integral part of India.”

According to Kumar, the reports’ authors “conveniently ignored the pattern of cross-border terrorism emanating from Pakistan and territories under its illegal control,” which “is aimed at suppressing the will of the people” in Kashmir.

In reality, the UN report does indeed include a detailed discussion of actions by such armed groups in Kashmir noting that, despite denials by the Pakistan government, “experts believe that Pakistan’s military continues to support their operations.” (pp. 4, 38-41). The report also records some alleged human rights violations in Pakistan-administered Kashmir but states they “are of a different calibre or magnitude and of a more structural nature” than those in the Indian-ruled zone.

Many voices in India dissent from the government’s aggressive stance on Kashmir. See, for example, “Respect Democratic Aspirations of the Kashmiri People,” a statement of the CPC(ML), and “End the Repression; For Self-Determination” in the Indian publication Radical Socialist. See excerpts from their position papers below.

The present crisis in Kashmir originated during the British withdrawal from South Asia in 1947 and the division of British India into two states: India and Pakistan. (Bangladesh separated from Pakistan in 1972.) Kashmir was then an autonomous kingdom with a Hindu monarch ruling a population that was three-quarters Muslim. The king fused Kashmir into India without popular consultation. This action sparked widespread resistance among the Kashmiri people, leading to the incursion of Indian and Pakistani armies and to war.

The United Nations succeeded in negotiating an armistice in 1949 on the basis of a resolution accepted by both sides. India and Pakistan agreed that their troops would withdraw from the region, whose future would then be determined by a UN-supervised plebiscite. Although fighting stopped, disagreements arose over how this agreement would be implemented. No plebiscite took place, and in 1954 India withdrew its offer to permit one to be held.

Kashmir was left divided into two zones: the north and west occupied by Pakistan (now roughly 6 million residents) and the south and east by India (7.25 million). Muslims are a majority in both sectors. India’s government now insists that all of historic Kashmir is Indian territory and rejects UN involvement.

Tensions continued during the decades that followed. Those resentful of Indian rule took up the cause of self-determination and called for implementation of the UN resolutions as the way to achieve it. There has been repeated fighting between Indian and Pakistani forces along the line of demarcation. Since the late 1980s, small insurrectionary bands have operated in the Indian-ruled sector. In recent years unarmed popular protesters have posed the main challenge to Indian rule and have been the victims of most attacks by Indian soldiers and police.

Both the contending armies are nuclear armed. Of all the world’s conflicts, it is the one in Kashmir that is most likely to spiral into an infinitely calamitous nuclear war.

Solidarity with People of Kashmir

The issues posed in Kashmir, including human rights, self-determination, opposition to capitalist war, poverty, and the growing impact of environmental and climate collapse, cry out for solidarity.

We cannot hope for much from Ottawa. During the 1947-49 Kashmir war, Canada’s government played an active role in fashioning the terms of armistice, and for a time Canadian general Andrew McNaughton headed the armistice commission, a fact that Kashmiri self-determination activists recall even today with gratitude. But in recent years, Canada has been silent. The Trudeau government is a close diplomatic ally of the U.S. – and of Israel, both strongly tied to India.

Canada’s current military interventions into Latvia, Mali, and Iraq serve only the geopolitical aims of its ruling elite, while posing danger both to these countries and to world peace. Any conceivable Canadian intervention in the Kashmir crisis would place a further obstacle in the path of its resolution.

But Kashmir solidarity activists are right to urge the Trudeau government to publicize the UNHCHR report on Kashmir and speak out in defense of human rights in Kashmir.

Anti-war groups, NDP activists, and other progressive organizations in Canada can make a positive contribution by opening up discussion of Kashmir, alerting a broader public to this dangerous situation, defend Kashmir’s right of self-determination, and extending the hand of solidarity to the Kashmiri people. •

Hypocrisy should no longer be perpetrated. People of the country should stand for respect of the democratic rights in Kashmir. They should not allow the Government to unleash a reign of terror on the people in their name. They should demand that Indian Government should stop repression and open dialogue with genuine representatives of the people of J&K [Jammu and Kashmir] and try to resolve the problem by respecting the democratic aspirations of the people of J&K including respecting the right to determine their future. The short-sighted policy being followed by RSS-BJP Govt. at the Centre and PDP-BJP of J&K should be opposed. Stand with the people of J&K.

‘Affirm the right of self-determination’

We do not find it necessary to endorse this or that particular party or leadership. Nor are the people of Kashmir waiting for endorsement, and still less guidance or direction from India. As Indians, our responsibility is to mobilize people, to demand from the Government of India:

Appendix 2: ‘Indian state must end its violence in Kashmir’

The following letter, published in the Guardian two years ago by Noam Chomsky and more than 1,000 other signatories, indicates the potential for effective solidarity.

We are deeply concerned about the armed violence perpetrated by the Indian state through its 700,000 security forces on civilians in India-occupied Jammu and Kashmir since 8 July (India is blinding young Kashmiri protesters – and no one will face justice, theguardian.com, 18 July). The death toll is nearly at 60; toddlers and teenagers have been injured alongside more than 3,500 civilians in a critical condition.

After the killing of popular 21-year-old rebel commander Burhan Wani, Indian forces attacked unarmed mourners and protesters with guns, pellet guns and tear gas (Report, 12 July). A complete lockdown and curfew in Kashmir since then allowed Indian forces to shut down mobile and internet services (Report, 20 July) and the Kashmiri press was banned for some days. The humanitarian crisis unfolding in Kashmir is only the most recent in the three decades of militarisation since the 1990s. The current protests, and those in the three bloody summers of 2008-10, reflect the resilience of the Kashmiri people and their demand for the right to self-determination guaranteed by UN resolutions and promised by the Indian parliament in 1948.

We condemn the systematic violence used by Indian armed forces and demand an immediate end to this state terrorism against civilians. We furthermore demand that the Indian government communicate with Kashmiris, rather than considering it a bilateral issue between India and Pakistan. We also call on world leaders and human rights organisations to unequivocally condemn the siege of Kashmir and the ensuing war crimes and human rights violations by India’s security forces.