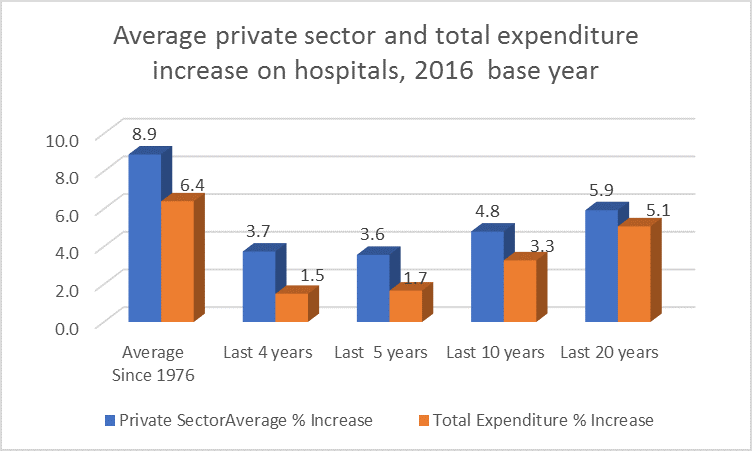 Private sector expenditures increased $124.9-million in 2016 to $3.62-billion. That was a typical increase. The four year private sector increase was $493.1-million, averaging $123.3-million per year. That’s a lot more than chump change.

Looking deeper, this in fact continues a decades long trend of an increasing portion of expenditures on hospitals coming from the private sector. 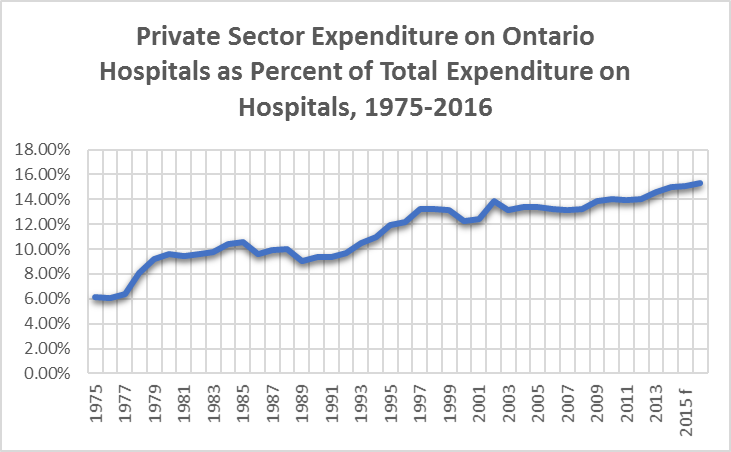 In 1975 just 6.17% of expenditures on hospitals came from the private sector. But this has continuously increased:

Here is a comparison of the annual percentage increases for the last four years:

This is an alarming trend – private payments are made for a purpose and that purpose is likely access to some aspect of hospital service on better terms than the general public.

As this change is four decades long, it likely reflects some deeply entrenched trends that will not be easy to reverse, unfortunately. It certainly sounds like it fits with the squeeze of public services and the increasing inequality that has characterized developed capitalist societies since the 1970s.

Even with provincial government (austerity) expenditure increases of only 4.7% over the last four years, total expenditures on hospitals increased 6.1% thanks entirely to a 15.8% increase in private payments.

The relevant CIHI numbers are embedded here. For all the CIHI healthcare expenditure data, download “data tables” on this CIHI hyperlink. •