Working Classes and the Rise of the New Right: Socialist Politics in the Era of Trump

The success of xenophobic right-wing political forces today calls for the development of a socialist praxis fit for this perilous political moment. Taking this seriously requires that we address the inroads of the far right into working class constituencies that were bastions of trade unionism for much of the 20th century, and traditionally voted heavily not only for New Deal Democrats, or Labour and Social Democratic parties on the centre-left but even, as in France, for Communist parties. 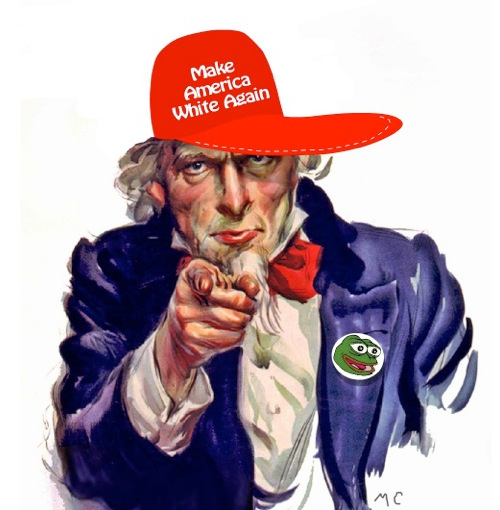 The political conjuncture inaugurated in 2016 in the imperial centres of global capitalism, first with the UK’s break with the European Union initiated by the Brexit referendum and then the “America First” patriotic chauvinism that accompanied the election of a political scoundrel like Donald Trump, reflects deepening contradictions in neoliberalism. We should not however expect that the actual practices of global neoliberalism are about to end with this new political conjuncture. Rhetoric aside, thus far the essential orientation of both Trump’s and Theresa May’s politics has been toward hard-right market-building sustained by broad state support for an even more unfettered movement of capital.

What is distinctive about the new conjuncture is rather the growing delegitimation of the key institutional supports of neoliberal hegemony, which have sponsored the making of global capitalism under its ideological auspices. This stretches from the bureaucracies of the European Union, the IMF, and the WTO and, in the context of the Trump presidency, to possibly even the U.S. Treasury and Federal Reserve, whose capacity to manage the economic contradictions of capitalist globalization will be severely challenged. This will be exacerbated by the difficulties of managing its ecological contradictions, which can only mount amidst such reactionary Trumpisms as the deregulation of the U.S. coal industry and the defunding of fresh water restoration in the Great Lakes.

The most visible expression of this institutional crisis is the delegitimation of all the political parties of the centre-left and centre-right that promoted neoliberal globalization. But it is important to note that this is not a matter of the ideology promoting capitalist globalization having only recently and suddenly become unpopular. It is enough to recall the resonance of the opposition to the Canada-U.S. Free Trade Agreement among working class people in the mid-late 1980s and that it was in the USA itself shortly thereafter that NAFTA had the most difficulty in getting passed. The repeated defeat of the proposed neoliberal changes to the EU constitution in those countries which put them to referendums indicated this same opposition as well.

That it took so long for the unpopularity of neoliberal globalization to be registered at the level of a political crisis is an indication of how limited the electoral options are in capitalist democracies, to say nothing of the degree to which corporate media consistently reproduces bourgeois ideology. That working class discontent with capitalist globalization, after all the terrible effects of three decades of neoliberal restructuring, should now find expression in the form of growing support for the xenophobic right is a sorry testament to the bankruptcy of the parties of the centre-left, and the unions that support them.

Working class communities have been devastated as precarity has increased, wages have stagnated, and the welfare state has been dismantled. Increasing capital mobility as trade barriers have been dropped and regulatory apparatuses harmonized and integrated within transnational governance structures, has led to a process of “deindustrialization” in the core countries while also pushing states to attract investment by keeping labour costs low and environmental protections weak. Moreover, “free trade agreements” have locked states into neoliberal restructuring and further eroded democracy, rolling back state apparatuses supporting workers while rolling out those necessary to manage the globalization of capital. The social dislocation this has produced further discredited those elements of the social democratic embrace of neoliberal ideology that advanced the making of global capitalism.

The political collapse of the center-left and the forces most closely associated with it has created important political openings for the radical left, especially in the form of new parties like Podemos, Syriza, and the Left Bloc in addition to insurgencies around Jeremy Corbyn and Bernie Sanders inside old ones. But there can be no mistaking how wide an opening this has also created for the far-right, not least in working class communities whose own precarity has left them vulnerable to a politics of resentment. This especially became the case as the parties they had traditionally supported shifted away from a reformist class politics to a meritocratic identity politics.

Whereas the old class politics demanded universalistic welfare state protections, collective service provisions and egalitarian income redistribution, the new politics the neoliberal parties of the centre-left emphasized merely sought greater equality of opportunity for individuals belonging to socially marginalized groups, aiming to produce equal representation in scaling the ladders of success in capitalist societies. This has had the effect of playing up mobility and meritocracy for the best and brightest, while playing down universal collective services in education, transit, health and reproduction, and other decommodified public goods which would have the most egalitarian effect, and be of greatest benefit to working class people in all of their diversities of race, gender, sexual orientation, disability, region, religion and citizenship status. The focus of politics narrowed to particularistic questions of inclusion within corporate capitalism.

The Scoundrels of the New Right

The resentment which the political scoundrels of the new right have fanned in this context – combining patriotic nationalist anti-globalization rhetoric with explicit as well as implicit xenophobic, anti-feminist, homophobic and racist messages – has displayed a broad appeal that cuts across the various identity groups that compose working class communities, and is by no means confined to male white individuals within them. Amidst the strong currents of socio-economic turmoil, it is the crosscutting nature of these messages, interweaving patriarchy, homophobia, sexism and racism with nostalgia about how everything and everyone was once in its place, which explains why even Trump could get substantial support among communities of recent immigrants. To treat the election of Trump as a simple effect of white racism or sexism is to seriously misdiagnose the current political moment. With Bernie Sanders sidelined by the Democratic Party, Trump appealed to a surprisingly diverse range of working people as the only viable political force capable of articulating their anxieties and anger.

No doubt, Trump has drawn on racism that is deeply rooted in American society, acknowledging the effects of neoliberalism on workers while projecting this antagonism onto a racialized ‘Other’. But efforts to address this racism that fail to place it in the context of class conflict risk fuelling Trump’s reactionary politics of resentment. Insisting, for instance, that white workers whose lives have been wrecked by neoliberal restructuring are beneficiaries of the ‘white supremacy’ of this system leaves the space open for these workers to identify with the political forces of the far-right, which insist that these whites are in no way ‘privileged.’ In the face of necessary equity policies to address systemic social inequalities (that can’t be overturned by ‘individualized’ policies), the far right conjures a fable that these workers are actually victimized by a racial redistribution of resources overseen by a globalized, politically correct, liberal elite. The far right potentially becomes the most visible political force able to register the anxiety and anger of these workers.

The barely-coded racism of Trump’s promise to ‘Make America Great Again’ has led to a welcome resurgence of anti-racist and pro-feminist organizing. This must always be a central aspect of socialist politics, worldview, and daily practice, especially vis-a-vis the working classes. As Lenin put it at the beginning of the 20th century in What Is To Be Done?:

“Working class consciousness cannot be genuine political consciousness unless workers are trained to respond to all cases of political tyranny, oppression and abuse no matter what class is affected … unless they learn to apply in practice the materialist analysis of all aspects of the life and activity of all classes, strata, and groups of the population.”

This could only take root through socialists developing the capacity “to organize sufficiently wide, striking, and rapid exposures of all the shameful outrages… to bring before the working masses prompt exposures on all possible issues… to deepen, expand and intensify political exposures and political agitation.”

The political significance of the far right in the current political conjuncture must make us sensitive to the danger of an imminent closure of the democratic space upon which the left depends to develop and grow, and which indeed makes socialist working class organizing possible. This raises the question of a ‘popular front’ strategy, whereby socialists’ political activism would be thrown behind liberal forces facing an existential challenge to their hegemony from a neo-fascist right. The magnitude of this far-right threat suggests that socialists should support those forces seeking to defend liberal democratic institutions against any and all moves to foreclose the freedoms they support.

But we must not lose sight of the need to build the socialist movements and form political alliances and fronts, so tragically absent amidst the traumas of neoliberalism, capable of reinvigorating class struggles, of confronting corporate power and the capitalist class, of addressing the environmental and social as well as economic and political crises of our time. The capacity to envision and push forward the serious, bold programs to fundamentally transform and democratize the state we so urgently need can only emerge through this process of struggle and organization. •

Previous statement by the Socialist Project, see “A Leap Toward Radical Politics?”.