The women who mobilized the January global protest against Trump are upping the ante with plans for a one-day women’s general strike. They focus on many appalling injustices and on the violence ignored by “lean-in feminism”: “women in the formal labor market, women working in the sphere of social reproduction and care, and unemployed and precarious working women. … the violence of the market, of debt, of capitalist property relations, and of the state; the violence of discriminatory policies against lesbian, trans and queer women; the violence of state criminalization of migratory movements; the violence of mass incarceration; and the institutional violence against women’s bodies through abortion bans and lack of access to free healthcare and free abortion.” There are plans for further women’s actions as part of broad coalitions in the next few months. 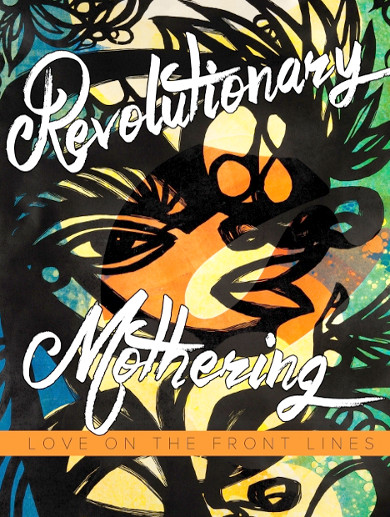 Motherhood perhaps fits into the above category “sphere of social reproduction and care.” In these times, motherhood is very contentious. Every single human was born of a mother, and all infants need a mothering person or they will fail to thrive and might even die. In a collection of essays by women of color in Revolutionary Mothering: Love on the Front Lines, Malkia A. Cyril writes that mothers in particular are projected “as spokespeople for a conservative vision of family, labor relations, and wages, and were often the most virulent opponents of immigrant rights or restorative justice policies…. anti-feminist female leaders (the Ann Coulters, the Sarah Palins) who continue to re-define feminism and the vision of motherhood in its most destructive and hierarchical forms” [p. 34]. At the opposite pole, the feminist movement has largely focused on women being able to work outside the home, to earn comparable pay as men, and to have access to contraception, abortions, and to daycare. Contributors to the book write that their responsibilities as mothers are often ignored on the progressive and activism sides.

A Varied History of Motherhood

“Equal attention must be paid to the human right to become a mother, and the concomitant and enabling right to parent our children in safe and healthy environments….in the face of sub rosa race- and class-based policies of population control and manipulation.” For centuries, under slavery and colonialism, women of color have had an entirely different motherhood history than white women. Harriet Washington and Andrea Smith document more recent “medical apartheid”: how Black and Indigenous women were used for obstetric/gynecological medical experiments, and they continue to be the focus of eugenics and populationist programs.1

In Canada the residential programs and the “Sixties scoop” stole tens of thousands of First Nations children from their families – and the Liberal government still vacillates about reparation. Women in power participate in horrendous cruelty against mothers and children. In the U.S., former Secretary of State Madeleine Albright infamously said that “The price [of 500,000 Iraqi child deaths] is worth it.” Israeli Member of the Knesset Ayelet Shaked has called for the slaughter of Palestinian mothers as they give birth to “little snakes.” The words of former Israeli prime minister Golda Meir: “We can forgive the Arabs for killing our children. We cannot forgive them for forcing us to kill their children. We will only have peace with the Arabs when they love their children more than they hate us.” Under India’s prime minister Indira Gandhi, millions of men and women were forcefully sterilized.

Mothers as a group have organized successfully on behalf of their children. American mothers in racialized and poor communities have opposed austerity cutbacks by protesting school and library closings. Russian journalist Anna Politkovskaya, assassinated in 2006, wrote that The Party of Soldiers’ Mothers in Russia saved the lives of thousands of conscripts and new recruits. They persuaded Gorbachev to release 176,000 soldiers, and Yeltsin to pardon 500 soldiers, and they forced an amnesty for all who had participated on either side in the First Chechen War.2 In Argentina Mothers of the Plaza de Mayo persisted in protesting their children’s disappearance under the military junta. During the Cold War, mothers played a key role in stopping atmospheric nuclear weapons testing. Elizabeth Penashue and Innu people have long taken the lead in protesting NATO low overflights in the Arctic that terrify their children.

Wars are now fought mainly against civilians. Corporate personhood is protected, but real people are gratuitously slaughtered and known only as a statistic. In a report just released by the UN, Afghan child casualties rose 24% since 2015. The illegal U.S. military raid on Yemen last week resulted in as many as 20 women and children being killed. It is not possible to obtain reliable information about the effect of depleted uranium on women’s fertility and birth defects in war zones like Iraq and Gaza. In War and Peace, Tolstoy wrote of the profound suffering caused by war, about a young woman’s grief upon losing her husband and of a mother’s despair at the loss of her son. “The mother’s wounded spirit could not heal. Petya’s death had torn from her half her life. When the news of Petya’s death had come she had been a fresh and vigorous woman of fifty, but a month later she left her room a listless old woman taking no interest in life.”

Militarism is broadly the practices, institutions, political economy, and ideology of organized political violence. Nurit Peled-Elhanan is an Israeli mother who lost her daughter to suicide terrorism. Her father was General-become-peace activist Matti Peled, and her mother refused to occupy the home confiscated from a Palestinian family during the ethnic cleansing of Palestine. She is an educator and works indefatigably against militarism. As a parent in a Jewish/Palestinian bereavement group, she was stunned when several Israeli-Jewish mothers suddenly turned from reconciliation to blind nationalism when they heard the seductive drumbeat of war. One mother gushed about “how handsome he [her son] was in uniform … to serve Ehud Olmert and Amir Peretz’s display of masculinity.” She writes that in Israel, “children are educated to fear, most of all, the fruits of the Muslim womb. Therefore when they become soldiers they see nothing wrong in killing Palestinian children…. This is not a maternal voice, but of a distorted, lost, confused, and sick motherhood. A good mother cannot find consolation or comfort in the death of children of another mother…” She writes of minds infected by parents, teachers and leaders, who convince them that the others are not as human as we are, and therefore killing them is not real killing; it has other legitimating names such as “cleansing,” “purifying,” “punishment,” “operation,” “mission,” “campaign” and “war.” 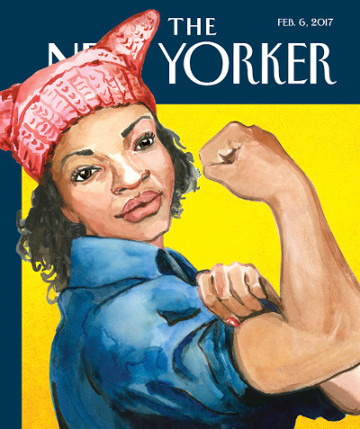 A Black Rosie the Riveter was featured on the cover of the New Yorker magazine. The original picture of white Rosie frequently appears as an image of women’s equality as a laborer. The real Rosie worked at the Willow Run Bomber Plant which produced over 8,600 B-24 Liberator heavy bombers during World War II. The plant at that time was owned and run by Henry Ford who was known to be anti-Semitic, anti-union, and who hired women only under duress. There is currently a campaign to renovate the plant for the “new home of the Yankee Air Museum.” The website extols the women who filled “the many roles left behind by men who went to fight overseas. These women riveted, welded, kept the railroads running, conducted street cars, typed and filed, sewed parachutes, and even played pro baseball!” All this is presumably more productive and challenging than bringing up children. With the advent of a large class of American women earning money and becoming consumers, the representations of motherhood shifted. Being a mother meant being “tied down,” and innumerable products came on the market to “free” women – ready made meals, baby formulas, and a range of appliances and baby equipment. The large upsurge in car sales was not due to population growth but to white women from suburbs entering the work force and needing cars to get to work.3

The revolutionary mothers write that mothering and revolution are messy – there are no pat formulas or management regimes. The focus is more on needs than rights. “Against the rallying cry for freedom, I propose to embed revolutionary struggle in a politics of necessity and responsibility…. There will be no liberation without us knowing how to depend on each other, how to be encumbered with and responsible for each other” [p. 57]. In this un-capitalistic book, there is no mention of costs, because people’s lives and relationships cannot be quantified and priced. How does one cost the killing of a human being, as if military budgets can compare with the cost of providing food and water, homes, toilets, healthcare?

This brief exploration suggests that among the salient regressive individual and group pulls are militarism and nationalism. Violence is preventable and is not hard-wired in human nature.4 At issue is survival, necessitating responsible human relationships as articulated by revolutionary mothers. •