Will Justin Trudeau Change Canadian Policy in the Middle East?

The election of Canada’s Liberal Party is likely to mean a shift away from the hyper-belligerent tone Stephen Harper’s Conservative Party used on issues pertaining to Middle East policy, but few concrete changes can be expected to take place. All signs point to the incoming government continuing to play a key supporting role in U.S.-led imperialism in the Middle East. 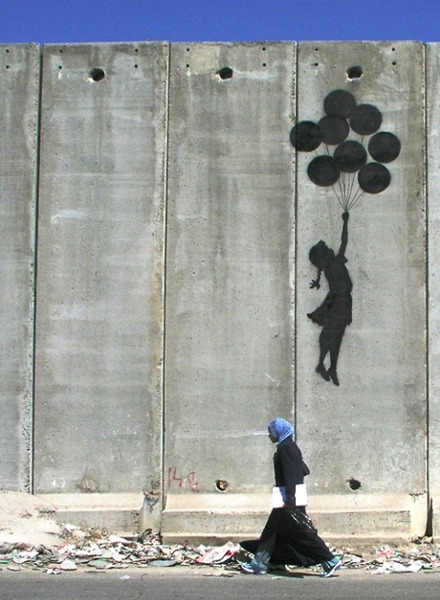 That the Liberals intend to approach international affairs in an aggressive manner is made clear in their platform, which accuses the Conservatives of “weakening Canada’s military,” criticises Harper’s government for providing the Canadian armed forces with supposedly inadequate funding, and promises to maintain the military’s budget at current levels. The platform vows to “build a more modern, efficient, and effective military… to strengthen frontline operations,” and to “strengthen Canada’s Armed Forces” so that it can “offer international deterrence and combat capability.” These statements indicate an intention not to spend money on the military for its own sake, but to do so in order to use force.

This can be expected, furthermore, on the basis of the Liberals’ track record. When the party was in power between 1993 and 2005, it participated in U.S.-led attacks on both Afghanistan and (contrary to popular mythology) Iraq as well as countries in other regions of the world such as Haiti.

Voting in Favour of Bloodspill

Moreover, every member of the Liberal Party present in the House of Commons voted in the affirmative when the motion was put forth on whether Canada should participate in NATO’s 2011 intervention in Libya. Prime Minister-designate Justin Trudeau voted in favour of extending Canadian military action in Libya where the NATO mission was subsequently accused of committing war crimes. These policies demonstrate the Liberals’ long-term commitment to acting as auxiliary to the U.S. ruling class in spilling blood in the Middle East.

That Canada’s new government will act similarly is also clear from statements Trudeau has made on key conflicts. Earlier this month Trudeau indicated that he will not cancel a massive arms deal signed with Saudi Arabia during the Conservatives’ tenure. The Saudis have one of the worst human rights records on earth, have invaded Bahrain to crush an uprising, have a long history of backing violent sectarians in places such as Afghanistan and Syria, and have spearheaded a U.S.-backed war in Yemen that has unleashed what the UN calls a “humanitarian catastrophe.”

Trudeau’s willingness to sell weapons to the Saudis in this context constitutes active support for their policies and signals that his party will not disrupt the key role that the Saudi state plays in the domination of the Middle East by the U.S.-led ruling class.

The Liberals’ attitude toward the Middle East becomes even clearer when its approach to Saudi Arabia is contrasted with its positions on Iran. When Liberal foreign affairs critic Marc Garneau expressed his party’s support for the P5 + 1 nuclear deal with Iran, he said the Liberals believed that “Iran must be held to account for its support of terrorist organizations, its longstanding human rights violations, its aggression toward Israel, as well as its nuclear programme.”

Trudeau favours re-opening Canada’s mission in Iran but, according to his Director of Communications Kate Purchase, “doing so would be dependent on several factors” because the Iranian regime allegedly “represents a threat to Israel, the Middle East, and the world.” What is clear is that, for the Liberals, relations with Iran are contingent on the latter meeting criteria put forth by the U.S. and its allies while weapons can be sold to Saudi Arabia without conditions or even pro forma criticisms being offered.

Trudeau does say that he will end Canadian participation in the U.S.-led coalition airstrikes in Iraq and Syria. Canadian special forces, however, will remain on the ground as part of a “training” mission. As Thomas Walkom of The Toronto Star writes, U.S. President Barak Obama likely didn’t object to the removal of Canada’s six fighter jets because “What’s more important politically to Washington is that the U.S. not be the only Western country with at least some troops on the ground.” Thus, while the removal of the Canadian jets is welcome, this move should not be mistaken for a sign that the Canadian state is backing away from its ancillary role in U.S.-led imperialism.

Crucially important in this context is that Trudeau has expressed virulent hostility to the BDS movement and support for Israel even when it was in the process of massacring upward of 2,200 Palestinians in the summer of 2014. Accordingly, there is every reason to expect the Canadian state to continue contributing to the brutal oppression of Palestinians.

While the outcomes of elections can be significant, it’s worth bearing in mind that the roots of the Canadian state’s orientation toward the Middle East go far beyond any one leader or party. Systemic factors shape Canadian policy in the region and these are not determined in elections.

As MIT research fellow Jerome Klassen demonstrates in his monumentally important book Joining Empire, contemporary Canadian foreign policy under both the Liberals and the Conservatives has been guided by a corporate power bloc with vested interests in neoliberal globalization and transnational warfare whose class-based project necessitates “disciplinary militarism toward the Third World.”

This dynamic is evident in, for example, the Canadian-Israeli relationship. The ties between elites in the two countries are deep and have an economic base that transcends the bluster of Harper or Trudeau. As James Cairns shows, the Canadian ruling class has lucrative relationships with its Israeli counterpart in realms such as pharmaceuticals, energy, and weaponry.

Overcoming such links will require massive, coordinated efforts aimed at re-organizing Canada’s political-economic system at home and abroad. Until international solidarity activists living in Canada and their allies around the world can build such a movement, the U.S.-led empire and partner states such as Canada will continue to unleash violence in the Middle East. •

This article first published on the Middle East Eye website.

Greg Shupak writes fiction and political analysis and teaches media studies and English at the University of Guelph-Humber. He is the author of The Wrong Story: Palestine, Israel, and the Media. Follow his tweets at @GregShupak.