68 Years of Struggle and Resistance for Peace, Justice and Freedom

When I was invited to speak at today’s forum, the attacks in Paris against the magazine Charlie Hebdo and the kosher super market had not taken place. In light of the media coverage of what happened in Paris, I feel the need to situate my comments against the backdrop of those events. I hope you will indulge me. 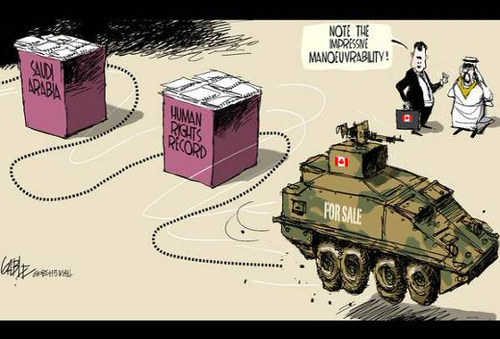 Over the past 500 years, rampaging capitalism has expanded ruthlessly across the world, eliminating all impediments to the accumulation of wealth in the hands of those who own and run the system. We are familiar with the attendant results: rising standards of living for a few, accompanied by growing insecurity, impoverishment and degradation of the many. The contemporary world, run as it is by the forces of capitalism, is characterized by grotesque, ever-increasing levels of inequality and instability.

Imperialism and colonialism, which involve the forcible subjugation of the peoples of the global south to the demands of this system, have played an essential part in its growth and sustenance.

There have been two basic responses to this system since its inception: on one hand, there has been resistance by those experiencing the discrimination and degradation inherent in it; on the other hand, there has been acquiescence to or active embrace of the system by those hoping to benefit from their position in it. The dominant trends in the Zionist movement can be situated in the second group.

Its proponents portray Zionism as a defensive response to the hostility of an anti-Semitic gentile world, necessitating the creation of a state for Jews in the land of Palestine. But it was not concern for
the well-being of Jews that drove the leaders of the Zionist movement. This is clearly illustrated by a statement made by Zionist leader and future Israeli Prime Minister Ben Gurion in 1938:

For the first 50 years of its existence, Zionism was a minority position in the Jewish community. It was not until the Hitler holocaust that sympathy for Zionism became the majority position in the Jewish community. Before that, the vast majority of Jews rejected Zionism, tending instead to identify with the universalist values of the Enlightenment and seeking their security in the pursuit of progressive social change within the societies where they lived.

From the outset, Zionism’s proponents rejected the pursuit of universalist values, choosing instead to seek support for their project in the
ranks of the rich and powerful. In his 1896 book The Jewish State, the founder of the Zionist movement, Theodore Herzl, made clear his intention to seek the support of European imperialists against the ‘backward’ non-European peoples. Herzl explained that Zionists could offer these powerful benefactors a useful ally in this struggle, declaring that:

“…[W]e [that is, the Zionists and their state] shall serve as the outpost of civilization against barbarism.”

Prior to the inception of the Zionist movement, which was based in Europe, the Jews of North Africa and the Middle East enjoyed positive relations with their Arab and Muslim neighbours. This changed dramatically when Zionists from Europe began to arrive, determined to transform Palestine into a Jewish state – first by purchasing lands for the exclusive use of Jews, then by the physical expulsion of the indigenous Palestinian population.

In short, the European forefathers of modern day Israel had no intention of living as good neighbours with the people of the Middle East. From
early on theirs was a settler-colonial project – one which required the support of the world’s imperial powers. This attitude has been carried through to the modern era. Ehud Barak, who served as Israel’s Prime Minister from 1999 to 2001, echoed Herzl’s view when he commented that Israel was like “a villa in the jungle.”

In the words of Israeli commentator Uri Avnery, the meaning of Barak’s statement was clear: “We are an island of civilization surrounded by savage animals. This is remarkably similar to old-established colonial attitudes, and, indeed, a variation of Herzl’s metaphor of the ‘wall against barbarism’.”

Israel paints itself as an innocent victim, beset by the irrational intransigence of the people of the Middle East, rather than as a colonial force whose presence is resented and resisted by the Palestinians as well as other Arabs and Muslims. Israel wants this resistance to be seen as rooted in fanaticism and anti-Jewish prejudice rather than being understood as the predictable response of people who have been the victims of violent displacement, occupation and murderous military aggression. It is no accident that Israel and its defenders cast the conflict as part of a Clash of Civilizations between the rational, humanitarian West and the backward, ruthless, Islamist Orient.

Missing from this Western narrative is the fact that the rise of Islamism has not occurred spontaneously.

Hamas – a group of Palestinian Islamists – was launched in 1988 during the first Intifada. Israel first tolerated and later encouraged the organization as a counterweight to the secular nationalists of the Palestine Liberation Organization and its dominant faction, Yasser Arafat’s Fatah, which Israel viewed as a stronger opponent.

Israel was not alone in both developing and denouncing Islamist political forces. The United States and its allies, including Pakistan and Saudi Arabia, have played the same game. In Afghanistan, the U.S. armed rural
tribal leaders, supplying them with an array of modern weapons and using them as a guerrilla force against the Soviet Union. At the same time, the fanatical al-Qaeda organization received strong backing from Pakistan’s Secret Service, the ISI, using funding provided by Saudi Arabia and the USA.

The Taliban also originated as part of the Pakistani-trained Mujahideen resistance against the Soviets. About 90,000 Afghans, including
Taliban leader Mohammad Omar, were trained by Pakistan’s ISI during the 1980s. The U.S. and Saudi Arabia provided the funds.

One of the Saudi jihadis armed and funded by the CIA to fight in Afghanistan was Osama bin Laden. Once the Soviet Union was defeated in Afghanistan, the same Bin Laden undertook a series of bloody attacks on American embassies in Africa and the U.S. battleship Cole in Yemen. Bin Laden explained that he was motivated by a desire to end both the U.S. military presence in Saudi Arabia and the Israeli occupation of Palestine.

There have been a number of other instances when the West enlisted jihadis in pursuit of its political ends:

Which brings us back to the recent events in Paris. There has been no attempt by the mainstream media or our political leaders to provide a context for the Paris attacks or to draw upon history to
provide a perspective on what happened there. Instead, we are encouraged to believe that this is simply another instance of disembodied barbarism and savagery, rooted in Muslim religious fundamentalism.

But one of the terrorists who attacked the Charlie Hebdo offices reportedly became radicalized after seeing images of the torture and
degradation of Iraqis that had been conducted by American forces in Abu Ghraib prison.

And it is surely no coincidence that France is currently intervening militarily across the Muslim world, conducting military operations in Libya, Mali, Chad, Ivory Coast, the Central African Republic, Djibouti, Abu Dhabi, Afghanistan, Iraq and Syria. Is it unreasonable to believe that all this has something to do with the
motivation of those who engaged in these attacks, however misguided their murderous actions? Alain Gresh, the deputy director of Le Monde Diplomatique, contends that the attack against Charlie Hebdo is at least in part an attack against France’s foreign policy and its successive foreign interventions.

Turning all this on its head, Canadian Prime Minister Stephen Harper and other Western politicians insist that it is the jihadis who have declared war on the West.

Situating the Paris events in the context of the contemporary world, journalist Chris Hedges summed it up well when he said:

“The terrorist attack in France that took place at the satirical newspaper Charlie Hebdo was not about free speech. It was not about radical
Islam. It did not illustrate the fictitious clash of civilizations. It was a harbinger of an emerging dystopia where the wretched of the
earth, deprived of resources to survive, devoid of hope, brutally controlled, belittled and mocked by the privileged who live in the splendour and indolence of the industrial West, lash out in nihilistic fury.”

In short, the young men in Paris who carried out the shootings were not just concerned about insults to the Prophet. They and their families
also carry the scars of decades of destruction and humiliation at the hands of the West – in North Africa, in the Middle East and in Europe.

The core problem in the Middle East and beyond is that neither Israel nor the rest of the West have any desire to arrive at peace with Palestine or the other peoples of the region or to treat them
decently when they move to the West.

Western states appear determined to continue imposing their rule over countries from Algeria to Libya to Lebanon to Syria to Iraq to
Afghanistan, aligning themselves tactically with whatever forces they believe will provide them with momentary advantage, including
the very jihadis they later choose to demonize and attack, in the belief that this will maintain their positions of dominance in the world.

When the jihadi forces they have helped create get out of hand, Western powers do not consider changing their relationship to the world.
Instead they use abhorrent events like those that occurred in Paris as a rationale for promoting further military escalation as well as
greater incursions into our civil liberties in the name of fighting terrorism.

So what implications does all this have for us here today?

I had the good fortune to see Palestinian-American Professor Steven Salaita speak in Vancouver this week. For those of you not familiar
with his case, Salaita – a distinguished young scholar – was dumped after being hired as a full professor by the University of
Illinois. It seems that prominent Zionist funders of the university objected to some of the tweets he sent out during Israel’s assault on
the people of Gaza this past summer on the specious grounds that they were anti-Semitic.

At the end of his presentation, Salaita was asked what advice he would give people sympathetic to his message. He responded that we should
redouble our solidarity efforts with the Palestinian, black, indigenous, women’s, gay, transgendered and other struggles for justice.

For those of us involved in the battle for justice for Palestine, this means deepening our commitment to the growing international movement
for Boycott, Sanctions and Divestment with the goal of compelling Israel to: withdraw from the occupation of Arab lands; recognize the rights of the Arab-Palestinian citizens of Israel to full equality; and respect, protect and promote the rights of Palestinian refugees to return to their homes.

Finally, we must also make it a priority to oppose attempts by Western governments, including Canada, to extend their influence in the Global South through the deployment of military power. •

This article is based on a presentation at the City Centre Library in Surrey, BC, on January 17th.