From the TarSands to ‘Green Jobs’? Work and Ecological Justice

From deforestation, toxic pollution, to greenhouse gas emissions, there is no doubt that tar sands development has been and will be an immensely destructive force, first for the communities who are already living within its reach, but ultimately, through its impacts on global climate, for the planet as a whole. There are people who can attest, better than me, to the destruction and the diabolical delusions of this kind of ‘development.’ And I say ‘development’ in quotes, because even though it can be a monstrous abuse of words to liken it to ‘development,’ that is precisely what some people – oil executives, financial capital, political elites, amongst others – see it as: they see it as just another form and strategy of economic accumulation, as just another way of turning a profit. And we are here to say: hell, no. 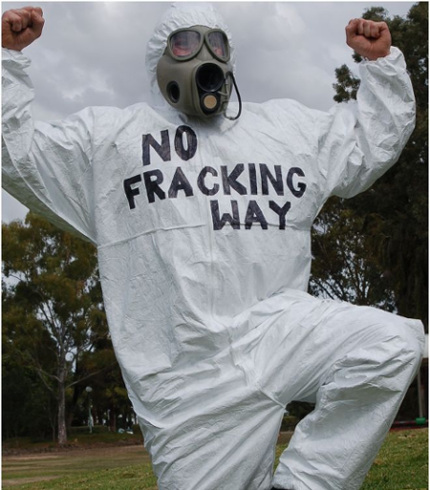 But if we are here to say no, then to what will we say yes? What kinds of alternatives can we propose to this ‘development’ that can sustain our communities? What can we put on the table?

These are the questions that we explore in our chapter, and that I wish to briefly address today. There are, of course, no easy answers. But I do wish to outline what the beginnings of an ecosocialist vision might look like.

One popular ‘solution’ to the climate crisis, and to the environmental crisis in general, in recent years, is what we call in our chapter ‘market ecology.’ What proponents of market ecology suggest is to put a price on nature and pollution – to monetize, capitalize, trade and provide private property rights to the environment – and let the market do the rest. In this logic, higher fossil fuel prices will encourage conservation and the switch to renewable energy, while carbon trading will facilitate emissions reduction in the most economically efficient way possible.

But of course, we know that rising fossil fuel prices is precisely what makes extreme energy like the tar sands profitable and thus its systematic development possible, and pricing carbon can just as easily lead the market to pursue expansion of the tar sands while at the same time grabbing land from other peoples elsewhere to build tree plantations large enough to offset carbon emissions. Clearly, where market efficiency is concerned, justice is nowhere near its top priority.

On the other hand, trade unions and environmental organizations who do not wish to endorse this kind of free market rhetoric instead propose that the state must step in – preferably with stimulus money – to take the lead in creating green jobs and leading the transition into renewable energy. This perspective we have called ‘institutional ecology.’

Here, the state is expected to set environmental standards, rules and targets, and public investment is supposed to leverage private investment to fund research and build renewable energies, low carbon infrastructure, improve energy efficiency, environmental remediation and the like. Subsidies to polluting industries would be removed and instead channelled into ‘green’ industries. This, they argue, would create more jobs, since green industries tend to be more labour intensive.

The state is also called on to provide re-training and social safety nets to ensure a ‘just transition’ for workers who lose work in polluting industries so that workers do not disproportionately bear the consequences of green structural change.

To its credit, institutional ecology at least understands that to get the market to do what you want it to do, you must either outright tell it to or cajole it to do so. There is no magic, just a more or less heavy dose of micromanagement. But micromanaged or not, in this view, market economies are here to stay.

And in a real sense, this is better than doing absolutely nothing at all. But if we are truly concerned about social and ecological justice, it is not enough. Simply switching to renewable energy and other so called green industries does nothing to challenge the addiction to capitalist growth that has proven so harmful for communities and ecosystems the world over. It also does nothing to address the profound inequalities that underpin the social fabric of capitalist society. Seeking state intervention in economic life is not enough without also demanding the democratization of the state. Switching to renewable energy alone does not ensure that workers rights are respected or that people have equal and sufficient access to energy and other basic necessities of life.

Capitalist production systematically treats nature – both human and nonhuman – simply as a means to an end, as so many interchangeable inputs to production. And it is ultimately this institutionalized and pathological behaviour that makes capitalist social relations the source of so much injustice.

I suggest, then, that it is necessary to push beyond simply the search for green jobs within an alienating, commodified, and growth-obsessed capitalist economy.

Beyond simply divestment from fossil fuels and into renewable energy (which is, admittedly, no small task), we could demand energy democracy – that the production and distribution of energy be publicly owned and controlled through democratic and participatory planning, that research in renewable energies be publicly funded so that we can also actively engage in technology transfer.

We could demand of a just transition that it extend beyond retraining and replacement wages for workers in polluting industries that get shut down. Rather than shutting down polluting industries according to market logic, we could demand that workers’ rights be extended to include being actively and democratically involved in decisions around industrial and plant conversion to low-carbon production.

We could demand investment into free public transit, education, and other non resource-intensive but socially useful work. We could substitute unending individual consumption for collective consumption and qualitative development, replacing the acquisition of more things as a source of fulfilment with the development of meaningful relationships and personal growth, expanding common spaces and resources like parks, theatres, libraries, recreational areas, and workshops. We could seek shorter workweeks rather than increased wages in collective bargaining, sharing out available employment and gaining more personal time.

I suggest, then, that a low-carbon, sustainable and just economy requires not only new methods of production – it also requires a fundamental redistribution of resources, decolonization, and other ways of understanding ourselves, of relating to each other. In short, it requires not only imagining but demanding other possible worlds. •

This article is based on a talk at a recent book launch in Toronto.

Lilian Yap is at the Department of Political Science, York University, Toronto, and is a contributor to the book A Line in the Tar Sands (Between the Lines, 2014).