The U.S. Still Decides the Future of Capitalism

Not the G20, and Not the BRICS Nations

International attention has been diverted away from this year’s G20 meetings in Australia by the declaration from the leaders of Brazil, Russia, India, China and South Africa, at their meeting in Fortaleza Brazil this July, that they would launch a new “BRICS bank.” 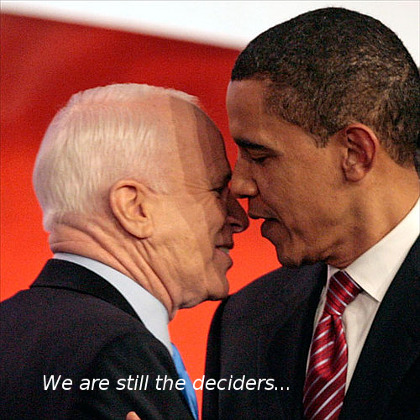 Created by the U.S. Treasury in the wake of the Asian financial crisis at the end of the 1990s, the G20 was designed to get the major “emerging market” states to take responsibility alongside the G7 for the “new international financial architecture.” This was seen as providing legitimacy for the continuing central role of the U.S. in superintending a greatly expanded but increasingly volatile global capitalism.

This especially included what the U.S. Treasury called “failure containment” in the face of recurring financial crises. With this concern uppermost in mind, the G20 heads of state were summoned to Washington DC, in November 2008 to prevent the first global capitalist crisis of the 21st century from turning into a repeat of the 1930s breakdown of international capitalism. In this respect, the “commitment to an open global economy” in the final communiqué from the 2008 Washington Summit was especially significant:

“We underscore the critical importance of rejecting protectionism and not turning inward … we will refrain from raising new barriers to investment or to trade in goods and services.”

This commitment has been reinforced at every annual G20 meeting since, including the preparatory ones for Brisbane this November. When the finance ministers and central bank governors at their February 2014 meeting in Sydney promised “to remove constraints to private investment,” this met the central U.S. condition for sustaining global capitalism.

This is not to say that the U.S. has ceded much operational control to the G20, any more than it ever did to the G7. The key policy decisions are made in Washington DC where the IMF and World Bank are headquartered, but even more decisively where the Treasury and Federal Reserve are located. The coordinated G20 fiscal stimulus in 2009 was significant, but mainly because it made it easier for the U.S. Congress to accept the Treasury’s initial plan for massive deficit spending to prevent a spiral into another great depression.

After Congress turned its face sharply against this in 2010, the centerpiece of policy shifted to the Federal Reserve’s “quantitative easing” monetary policy, and has remained there ever since. The impact of this was felt as much internationally as domestically, as the Fed effectively acted as the world’s central bank through its role in setting benchmark interest rates and its streaming of dollars to foreign as well as U.S. banks.

There were widespread expectations that – with the great financial crisis having had its origins in the U.S., let alone the subsequent unorthodox “easy money” policy – the “exorbitant privilege” of the dollar in the financial networks linking the BRICS into global production and trade would be undermined. Brazil, Russia, India and China, who were not so naïve as to imagine the G20 would be the venue for overseeing the demise of the dollar, also held their own first summit meeting at a meeting in Yekaterinburg in 2008.

Joined by South Africa in 2010, they soon began hatching plans for their own international bank, autonomous from the U.S. and the Washington-based financial institutions. These plans were reinforced when the U.S. Congress refused to endorse the larger vote for the BRICS in the IMF and World Bank, agreed at G20 meetings.

For Joseph Stiglitz, the Nobel-prize winning ex-chief economist of the World Bank, the announcement of the new BRICS bank at Forteleza signalled a clear challenge to the U.S.-led world order, reflecting “a fundamental change in global economic and political power.” Fidel Castro associated it with his own country’s resistance to “the most powerful empire ever to exist,” and expressed his confidence that the BRICS leaders promotion of “cooperation and solidarity with the peoples … in the achievement of sustainable development, and the eradication of poverty,” would culminate in “one of the greatest feats of human history.”

Yet, the main reason for the continuing central role of the dollar has very little to do with the institutional structure of the IMF, or the greater size of its capitalization relative to what the BRICS bank will muster. It primarily reflects the absence – even in Shanghai, where the new bank will be headquartered – of anything like the depth and range of the financial markets centred on Wall Street and its satellite in the City of London. And it is the ways in which these markets are, in turn, so deeply intertwined with the U.S. Treasury and Federal Reserve that explains the latter’s dominant role in global economic management.

What is more, the room for manoeuvre the BRICS bank would be allowed from the IMF is distinctly limited. Indeed, to obtain the full benefit of borrowing under the BRICS bank’s “contingent reserve arrangement” would still be contingent on a country having an “on-track arrangement” with the IMF. Indeed, this looks very much like the 2000 “Chiang Mai Initiative” arrangement for currency swaps among China, Japan, South Korea and ASEAN countries after the 1997-98 financial crisis, which was little used and proved largely symbolic.

The alacrity with which the World Bank has welcomed the BRICS bank also relates to the fact that its goals as a development bank look not very different from the resource-depleting, export-oriented economic strategies that have heretofore governed the emerging markets participation in capitalist globalization. Along the lines of Brazil’s BNDES development bank, it might promote the BRICS own multinational corporations, but this stands in sharp contrast with the cooperative socialist principles of the now defunct Latin American Bank of the South that revolutionary governments in Venezuela and Bolivia initially had in mind.

At Fortaleza, a “BRICS from below” meeting of civil society groups and independent unions stressed the extent to which the dominant classes and governments of each of the BRICS members were themselves committed to neoliberal policies, often brutally administered in their own countries.

They were in this respect at one with the recent L20 trade union statement for the Australian G20 meetings, which in criticising “austerity policies and structural ‘reforms’ that reduce wages and workers protection” saw the BRICS as no model for an alternative. Indeed, it noted that “if in emerging Asian economies income distribution had not worsened over the past 20 years, the region’s rapid growth would have lifted an extra 240 million people out of poverty.”

For all the fanfare that attended the announcement of the BRICS Bank at the Fortaleza summit, it will in fact do little to shift the balance and, even more important, the substance of global financial power. There is an old lesson here, which also certainly applies to what will be heard about the “Brisbane Action Plan” this Autumn: real change begins at home. •