The Commons As a Fount of Hope

The commons is not just a battlefield between corporate predators and those who resist them – it is also a source of hope for those willing to imagine a world beyond capitalism. It represents a space between the private market and the political state in which humanity can control and democratically root our common wealth. Both the market and the state have proved inadequate for this purpose. In different ways, they have both led to a centralization of power and decision-making. Both private monopolies and state bureaucracies have proved incapable of maintaining the ecological health of the commons or managing the fair and equitable distribution of its benefits. 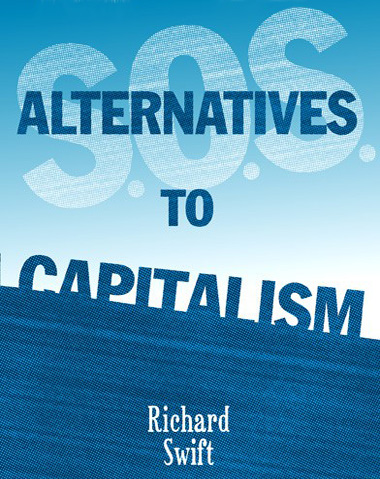 The conservative ecologist Garrett Hardin’s belief that the commons is facing a tragedy was based on the notion that individual self-interest in exploiting common resources was undercutting the overall health of those limited resources.[1] Hardin maintained that individual self-interest trumps any more thoughtful notion of preserving resources for future use. External restraints needed to be imposed. To prove his point, Hardin used the example of the individual herder taking more than their share of pastureland. It assumes a human behavior that is all too familiar to those who have seen the global fishery depleted and seen watersheds destroyed by those hungry for land to grow crops. Hardin’s solution was to divide up the commons into private property and public goods administered through the market and the state. But it scarcely seems to follow that if the commons is turned into private property or put under the supervision of some distant state bureaucracy that it will fare much better. These days, the two will likely form a ‘public-private partnership’ and any regime of fair-use regulation will go out the window. There is also a question of scale. Is it better to have many small inshore artisanal fishers or to turn the fishery over to Big Capital and the high-tech trawler fleets? How could it make sense to push small farmers off food-producing land so that large biofuel producers can help keep our unsustainable love affair with the private automobile alive? When Hardin’s self-interested human nature is combined with large-scale private ownership, it is likely to yield ever more short-sighted results. It is no way to manage the commons.

It is far better to rethink how the commons is managed and to include as many of the players as possible so as to achieve a better result. If decisions rested with local
communities or regions, in combination with users of various types both local and remote (environmentalists, fishers, miners, farmers, consumers), and were
placed within a legal framework that takes future generations into account, it would seem likely to produce a more durable form of stewardship. This might
also in the long run develop other potentialities of human behavior than the narrow self-interest that Hardin so feared.

An alternative to capitalism must in the end be based on a more complex sense of the human than orthodox economists’ notion that we are all hardwired to a rational calculus of individual costs and benefits. The influential commons theorist Elinor Ostrom proposes a different, more optimistic, notion of the human potential for managing the commons. Ostrom won the Nobel Prize in economics for her seminal 1990 work Governing the Commons.[2] She believes that: “we live in a web of social relations infused with norms and values; we are intrinsically co-operative and as a result collective action is possible and may lead to sustainable and equitable governance practices.”[3] Ostrom does not commit herself to an ambitious political program of replacing state and market with more direct democratic practices. But she opens up the debate about how the commons should be governed rather than just assuming the market abetted by the state can handle the job. For Ostrom, a process of ‘deliberative democracy’ is essential if there is to be proper human stewardship of the commons. Others in the commons movement carry the analysis further and see in the commons the potential to restructure the underlying configuration of power between markets, states and societies.

This begins to give some indication of the democratic promise of the commons as a potential cornerstone in working out an alternative to capitalism. It takes on the ascendant neoliberalism of the commons privatizers while avoiding the dysfunctional effects of top-down state planning and centralized public ownership that have undercut previous efforts to build a socialism centered on the state. It moves beyond the sterile debate between an inadequate state and a rapacious market. Instead it explores the idea of a decentralized eco-democracy founded on what in the commons is vital to both human and biosphere survival. It extends democratic decision-making to ensure egalitarian economic outcomes. Here is one example of a commons-based popular initiative from Greece (made vulnerable to privatization pressure because of the debt crisis):

“In the Greek city of Thessaloniki, a coalition of citizens’ groups called Initiative 136 is creating a new organization to compete with Suez [a French water corporation] in the tender for the Rebuilding the alternatives Southern-style acquisition of the shares and the management of Thessaloniki’s Water and Sewerage Company. The dual goal is to prevent privatization and replace the model of state administration that has failed to protect the public character of water resources and infrastructure, and secure genuine democratic control of the city’s water by its citizens. The management would be organized through local co-operatives, with citizen participation. Initiative 136 is an effort to pre-empt privatization before it is implemented, with an attractive concrete alternative in the form of improved public management.”[4]

Multiply such initiatives many times and root them in the plethora of different struggles currently being waged over the commons and you start to get a sense of radical democratic promise. While the term ‘commons’ has many meanings, both spiritual and philosophical, it is explored here mainly as a political project. The core strategy is to design institutional arrangements that move beyond state and market and put the commons back into the service of society as a whole. The underlying principles of such institutions need to be based on a variety of forms of self-organization and collective ownership rights, which is exactly what Initiative 136 in Thessaloniki is attempting to achieve. There are many other examples. The fishers of the Turkish port of Alanya manage their part of the global commons by allocating each fishing boat a clearly prescribed area of the Mediterranean according to the results of a lottery. They then rotate from area to area: from September to January, every day, each boat moves east to the next location. From February to May they move west. All fishers get the same opportunity as the fish stocks migrate. The system is collectively monitored and enforced. Problems are rare – and generally resolved in the local coffee house. As Ostrom notes, “Alanya provides an example of a self-governed, common-property arrangement in which rules have been devised and modified by the participants themselves and also are monitored and enforced by them.”[5] The co-operative self-management of a particular commons is likely to pay more attention to its long-term health and viability. The implications can be far-reaching.:

“…the abiding logic of the commons is not based, as we have seen, on a balancing act between the roles of the state and the market, but on the idea of a polycentrism, decentralization and agreement between those touched by common problems. More co-operation, less competition. More conservation and the dynamics of resilience with regard to resources and their relationship with the environment than erosion, limitless exploitation and unstoppable appropriation.”[6]

Other commons-based movements, striving for an alternative ethos, are just getting started. Attempts to create a horizontal commons democracy include the Right to the City movement and other urban initiatives inspired by the French libertarian Marxist Henri Lefebvre. Right to the City has gained traction in South Africa with the Abahlali baseMjondolo (AbM) shackdwellers’ movement, which is active in a number of cities across the country, and in the German city of Hamburg, where it has inspired a network of squatters, tenants and artists. It has become a rallying point also in U.S. cities such as Miami and Boston, and a source of inspiration in India, where Rajapalaya Lake in central Bangalore has been the focus of a fight to maintain a livable urban commons in very crowded conditions.

Some struggles combine resistance and vision. In Quebec, 2012 witnessed a remarkable movement of students against the commodification of education, which put the besieged notion of free advanced education back on the public agenda. Their struggle, which helped to bring down a provincial government, could act as a template for those trying to recover the educational commons from the pressures of commercialization. In the 1990s there was a successful national fishers’ strike in India that prevented the government of the time from handing over the Indian fishery to big trawler operators. Countless other examples, big and small, dot the daily press but are often just restricted to obscure websites.

Commons battles tend to gain attention when they precipitate or are part of some larger struggle that involves active confrontation with those in power. This is, however, really just the tip of the iceberg. If you examine the specialist literature you will discover that almost everywhere there are attempts to make the self-management of the commons a reality. There is an International Journal of the Commons which acts as a forum for debate about commons issues and case studies of successes and failures. A quick look through the table of contents provides a sense of both the scope of the commons and of initiatives being taken to extend their democratic self-management. Here are but a few of the examples:

This list provides evidence that the commons is not some obscure issue but one that runs in one way or another through  the lives of most of the world’s people, often on a daily basis. The scope is truly impressive. It also has a lot of complex nuts and bolts to it with which we need to get to grips. But it is a complexity we need to embrace, eschewing simple-minded monocultural solutions in the process. This is an ongoing effort that will involve many.

But it must remain beyond the scope of this essay. Here we are just emphasizing the peril and potential of the commons. It has the potential to become a new legal basis for the foundation of common rights to set against the threat of public-private partnerships. If this does not succeed, then we risk everything, not least our genetic make-up and that of the plants and animals with which we share the earth, being turned into corporate private property. The stakes are high. The commons are connected to our sense of place, to our identities, livelihoods and self-expression – ultimately even to our survival as a species. This is a good place to start envisioning a radical democratic alternative that gives people a fundamental say in their individual and collective futures. As such, recasting our relationship with the commons should take pride of place as we build an alternative to capitalism. •

Excerpted with permission from S.O.S: Alternatives to Capitalism by Richard Swift, Between the Lines, 2014.

Richard Swift is the author of S.O.S: Alternatives to Capitalism, Between the Lines, 2014.