Revolutionary Activism in the 20th Century and Beyond

Not long ago, I overheard a prominent social democratic politician in British Columbia repeating an old saw sometimes attributed to Winston Churchill, “Any man who is not a socialist at age 20 has no heart. Any man who is still a socialist at age 40 has no head.” He was offering this line to the editor of the Vancouver Sun – a joking way to put a right-wing journalist at ease. The implication was clear: despite a left-wing public image, rest assured he understood the limits of things and could be trusted on to deliver reasonable and moderate policies. 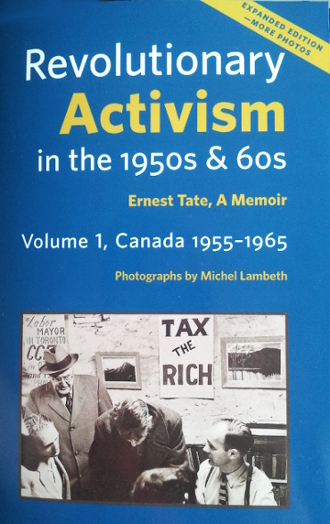 The limits of debate in mainstream media and society at large are exceedingly narrow, and everyone these days it seems must rush to prove their moderation and reasonableness. In practice this means that – rhetorical flourishes and youthful exuberance aside – one must pay due tribute to big business and avoid threatening the prerogatives of corporate power. For a politician, it means letting a right-winger know you might be left-wing, but you’re not one of those left-wingers. I offer this anecdote to illustrate the rotten state of political life today. The popularity of this cliche that suggests one must inevitably become more right-wing as one gets older is a sign of the deep cynicism of politicians and their ilk.

Against this cynical “common sense,” fortunately, new generations are once again being won over to radical ideas. The Occupy Wall Street movement brought back the language of class struggle into popular circulation. Socialism is no longer a dirty word in North America. An openly socialist candidate was just elected to city council in Seattle. More and more environmentalists are reaching explicitly anti-capitalist conclusions. Young people are again seeking out the rich traditions of Marxist ideas – a new left is again taking shape to meet the daunting challenges of our times.

This memoir by Ernie Tate is a valuable resource for these new generations coming into political life. First, because it contains a trove of movement history for us here in Canada, much of it documented in depth for the first time. For instance, Ernie recounts the formation of the Fair Play for Cuba Committee in Canada, and the singular contribution of Verne Olson. The solidarity movement built around defence of the Cuban Revolution helped to attract thousands in Canada to socialist ideas. Ernie also recounts his participation in the Co-operative Commonwealth Federation (CCF) and then the NDP, with a chapter focusing on the debates around the 1961 formation of that social democratic party.

The political landscape has shifted a great deal in the half century since, but the discussions and dilemmas related to the NDP are still with us in Canada. This first volume of Ernie’s memoir is an important contribution to the history of the Canadian left. Volume two covers his time as a socialist organizer in the UK, where he participated in the sometimes byzantine factional struggles of the Trotskyist movement, while also interacting with some of the towering figures of 20th century scholarship and progressive activism, including Bertrand Russell, Ernest Mandel and Isaac Deutscher.

Perhaps even more important than the particular historical details, this book tells the story of a life lived in the struggle for a better world. Ernie Tate’s life shows us that age doesn’t have to mean a gradual slide to the right. Age can just mean an accumulation of experience and wisdom – more compassion, less dogma and better political judgment. After growing up in poverty in Northern Ireland – leaving school at the age of 14 to work in factories – Ernie came to Canada and began his life of socialist activism in the mid-1950s, not long after the height of Cold War anti-communism. His career as a militant organizer began in those lean times for the left, but was then followed by the tumultuous youth radicalization of the 1960s and early 70s.

The past three decades of Ernie Tate’s life and activism are sketched only briefly. He provides a rough outline of his disagreements with the leadership of the small socialist organization to which he belonged, and explains his reasons for eventually leaving active membership. This memoir recounts honestly the challenges and failures of socialist groups, unions and other progressive organizations. Despite these experiences, he has remained an active socialist, never wavering from his beliefs and ethics. This is a real achievement, and worth noting. Capitalism works to grind us down in our working life but also in our moral life. It takes strength of personality, in addition to collective organization, to resist cynicism.

I first met Ernie and his wife Jess close to a decade ago, through mutual friends in Toronto. They both exude warmth and humility – I felt an instant sense of comradeship. It’s an honour to write a preface to this volume of Ernie’s memoir. I hope more of his generation and his stature – the real organizers – write their memoirs. The left has in many ways adapted to the youth fetishization so rampant under capitalism, and so we pay too little attention to learning our own history or honouring the wisdom of our movement’s elders.

We have a lot to learn. It’s not easy to change the world; it’s not, and it never has been, easy to wrest political power from the brutal and selfish ruling classes. But I think learning what previous generations have been through helps steel us for the long battle, helps us keep perspective and understand ourselves better.

This memoir also reminds us that there is dignity and joy in the struggle for a better world. And for all the trials and tribulations of the left, we are part of a real and proud tradition. Whatever their age, everyone with a heart to feel and a head to think should be a socialist. •