The Precarization of Employment and Working Conditions

In 2013, a fifteen year process of the liberalization of postal services in the European Union came to a preliminary end as the last member states abolished the remaining sections of the national post monopolies.1 In theory, any private company that obtains a license from the market regulator can now provide postal services in Europe. In practice, the letter markets are still dominated by the former national post companies, some of which have been privatized,2 and only in a few countries new competitors have acquired more than ten per cent of the market share.3 After fifteen years of market-opening the balance sheet of post liberalization is overwhelmingly negative. 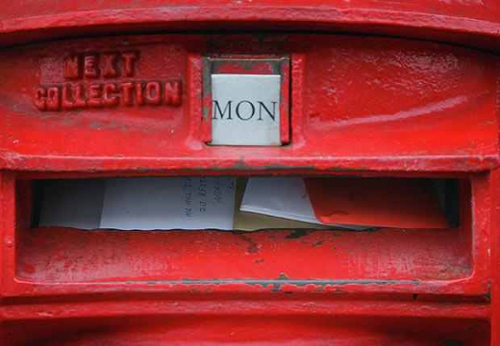 Market competition exists but only in some countries and in certain market segments such as parcel and express mail delivery as well as unaddressed mail (such as advertizing leaflets). The post office network has been drastically reduced and replaced with private partners such as grocery stores or gas stations, offering a reduced range of services. In Germany and the Netherlands, the former national post companies have completely given up operating their own postal outlets.

With few exceptions, the new competitors emerging from the liberalized market never opened post offices or installed letter boxes. Instead they pick-up mail directly at the premises of their mostly large corporate customers. As for mail delivery, they typically deliver only two or three days a week and only in highly populated areas.

Prices for large customers such as banks, telephone companies and online retailers have decreased – not least because they can negotiate individual price rebates. But standard mail costs have increased in a number of countries. However, in spite of major investments in the automation and streamlining of delivery networks and drastic cuts in labour costs (see below), several former national post companies are struggling to break even because of decreasing letter volumes and market losses to new competitors. However, the new competitors also have problems to establish themselves in a shrinking market as shown by the 2008 insolvency of the main competitor in Germany and the recent takeover of a major competitor in the Netherlands.

It seems that currently only those businesses are thriving which have a major stake in the booming parcel and express services market.4 This includes, above all, Deutsche Post with its subsidiary DHL Express (providing logistics and international express delivery). In contrast, the Dutch Post has lost control over its former parcel and express service subsidiary TNT because the mostly private shareholders preferred to cash in from a planned sale to an American competitor (which, however, was put on hold by the European competition authority due to the resulting market concentration).

In sum, post liberalization has not improved services and reduced prices as promised by the European Commission and others. Instead, liberalization has produced a few winners and many losers. The winners are private shareholders of former public monopolies, post managers and large customers, while the losers include private households, especially those in rural areas, and postal sector workers who have experienced liberalization as massive deterioration of employment and working conditions.

The Deterioration in Working Conditions in Postal Services

The deterioration of working conditions and employment in postal services is based on five developments: a cut in employment numbers, an increase in atypical and precarious forms of employment, a reduction in wages, as well as an intensification of work and a fragmentation of industrial relations.

Liberalization was accompanied by a substantial cut of postal sector employment. With very few exceptions, former national post companies have reduced employment since 1998.5 In some cases, the job cuts amount to as much as 40 per cent to 50 per cent, typically they account for between 20 per cent and 30 per cent. Contrary to the European Commission’s prediction, these job cuts were not offset by the resulting growth in employment among new market entrants. This is the case even in the few countries where the new competitors have acquired market shares of more than 10 per cent.

While cutting overall job numbers, former national post companies have increased the proportion of part-time workers. Some incumbents such as the Dutch Post have shifted to a mail delivery model that almost exclusively relies on part-time staff. About 85 per cent of the workforce at Dutch Post is employed on part-time contracts. In Cyprus and Lithuania, nearly 60 per cent of the workers employed at the former national post companies work part-time, and in Latvia and Luxembourg about 40 per cent. In the Dutch case, the shift to part-time was part of a reorganization of the delivery system and a shortening of delivery routes.

However, part-time work is even more widespread among the new competitors. In Germany and Spain, the new market entrants mainly operate with part-time staff that often works less than half-time jobs. In Germany less than 20 per cent of the workforce at the new competitors is employed on full-time contracts. Almost 25 per cent work normal part-time, whereas a majority of almost 60 per cent work very short part-time, or what in Germany is called ‘mini jobs’ (jobs that pay less than €400 per month). In the Netherlands, workers at the new market entrants also work for just a few hours per week, but they do not count as part-time workers as until recently they were mainly self-employed.

Spread of Precarious Self-Employed from Outsourcing

Self-employment is particularly widespread in the parcel and express service industry. Even though there is a lack of country-wide data, case studies suggest that a large part of the delivery activities are carried out by self-employed drivers paid by piece rates. Here self-employment is the result of an outsourcing chain in which the global players, and increasingly also the former national post companies, contract so-called service partners for delivery activities who, in turn, hire self-employed drivers to carry out the delivery tasks. In 2010, 85 per cent of the parcels sent through Dutch Post were delivered by subcontractors.

Some former national post companies also use temporary employment. Malta stands out as 32 per cent of the workforce of the country’s former monopolist is employed on a temporary basis. While Malta is an outlier, in Estonia the proportion is still 21 per cent, in Greece 18 per cent, in Poland and Ireland 14 per cent, in the Czech Republic 13 per cent, in Finland 12 per cent and in Portugal 9 per cent. While former national post companies argue that they need temporary workers to cope with peaks in letter and parcel volumes, Polish Post offers temporary contracts to many newly hired workers before management decides to hire them on a permanent basis.

In addition to promoting precarious forms of employment, post operators also reduced labour costs by driving down postal sector workers’ wages. Information from a number of selected countries shows that former national post companies have either reduced wages for workers that were hired after a certain date in the liberalization process (in Germany minus 30 per cent after 2001, in Austria minus 25 per cent after 2008) while in others wage cuts were the result of the introduction of new job categories, such as assistant or auxiliary mail deliverers (in the Netherlands minus 40 per cent, in Belgium minus 5 per cent). In Greece, a 35 per cent wage cut for workers employed by Greek Post is the result of the government’s austerity programme.

However, the wages paid by the new competitors are usually still lower than the reduced wages of the former national post companies. In Germany and Austria, the wage difference between the respective national post companies and the new competitors is about 30 per cent, while in Spain it was 35 per cent until the crisis but since then may have risen to 50 per cent (due to the competitors’ use of sub-standard contracts introduced as part of a new labour-market reform). In the Netherlands, until recently the difference was also 35 per cent, but with the transformation of self-employed into regular jobs and a new collective agreement they now come close to the reduced wage levels at the former monopolist, and as such close to the Dutch minimum wage.

The hourly wages earned by self-employed deliverers in the parcel and express service industry also tend to be below minimum standards. According to a German case study, piece rates of between 70 and 90 cents per delivered item amount to an average hourly wage of €5. As described below, self-employed deliverers in the parcel and express services partly compensate for low hourly wages by putting in extremely long working hours.

Liberalization, together with the introduction of new surveillance technology, has led to a far-reaching deterioration of working conditions. In a series of company case studies carried out for the PIQUE project on privatization and working conditions in the EU, very few interview partners did not mention the increasingly stressful nature of work, caused by an extension of delivery routes, or by under-staffing in post offices and sorting centres. In the Austrian case, the length of average delivery routes has almost doubled in the past 15 years. Even managers confirmed that workloads have been increasing, even though, in their view, working conditions were too lax in the old system. Especially older workers suffer from the changes.

Working conditions are even worse in the parcel and express service industry: here self-employed deliverers not only suffer from permanent work pressure and the need to cope with unforeseen difficulties but also from long working hours of up to 15 hours per day.

The deterioration of postal-sector employment and working conditions has been underpinned by a fragmentation of industrial relations. With few exceptions, the former national post companies are covered by a company-based collective agreement whereas the new competitors operate without collective labour regulations (other than those imposed by law) or with an agreement offering worse conditions than those granted by the incumbent. The fragmentation of industrial relations has, in turn, facilitated the emergence of two-tier labour relations. However, there are important differences between countries depending on the resilience of the national industrial relation system.6 Furthermore, with the growth of self-employment an increasing proportion of the postal-sector workforce is formally excluded from trade-union and works-council representation.

In most regards, the liberalization of postal services did not bring about the results promised by the EU and the privatizers: postal services declined for citizens, while privatized business service delivery expanded. The European postal service privatization process has been, however, very successful in reducing labour costs and in turning what used to be a reservoir of stable and decent jobs, especially for low-skilled workers, into an area of precarious and low-waged work. •

This essay is drawn from a larger report, The Liberalization of European Postal Markets and the Impact on Employment and Working Conditions, (5 December 2013) compiled for UNI Europa Post and Logistics Trade Union.