Has the time come when it might be possible to move past the well-deserved praise-song phase of the marking of Nelson Mandela’s death in order to strike a more careful balance-sheet on the meaning for present-day South Africa of his storied career? 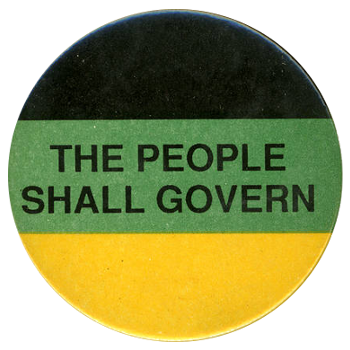 Of course, it remains extremely difficult to speak dispassionately on such matters this close to his impressive funeral. Nor can there be any real debate about the quality of the man or as to the crucial importance of the role he played, especially in his early years of defiance and in his long, unbending period in prison. He was, in fact, a leader of real substance, dignity and power, a giant among other politicians of his time – coming, as much as anyone in South Africa, to exemplify uncompromisingly the strength of the popularly-held conviction that racist rule, with all its enormities, could not be allowed to stand.

And yet his latter-day role – as he moved from prison into the Presidency of an ostensibly “new” South Africa – was a much more debatable one. True, in his first moments of freedom in 1990, at the very moment that he emerged from captivity, he spoke, in a kind of radical short-hand, of the need for multiple “nationalizations” and also, more generally, of the necessary injection of genuine social purpose into a reclaiming of the realms of society and economy on behalf of the people of South Africa.

Nonetheless, Mandela – never a man of the socio-economic left – soon found his commitment to a radical socio-economic policy shift to be fading fast. Moreover, in this his position was merely coming into line with that of most of the ANC’s upper echelon as they returned from exile.

After all the struggle against apartheid had been waged much more threateningly by mass popular organizations on the shop floor and in the townships than it had by any military resistance mounted from exile by the ANC. And, increasingly, what was most feared by the South African business and state establishments was the possibility of a popularly-based “revolutionary force” becoming ever more deeply radicalized by a sustained confrontation with the combined oppressions of both apartheid and of international capitalism.

Indeed, it was just such a possible mass upheaval that business guru Zach de Beer had once warned defenders of capital’s stake in South Africa to guard against: the danger that “the baby of free enterprise” could be “thrown out with the bathwater of apartheid”! Soon such leaders as Malcolm Fraser of Australia and Brian Mulroney of Canada also saw that apartheid itself – long a profitable partner of capital, with racial oppression helping to keep labour cheap – had become dispensable. Better now simply to decapitate any “dangerous” popular movements in order to safeguard the existing pattern of class rule and socio-economic power.

And here they found willing listeners in those ANC notables who had actually spent their own 1980s informally negotiating with both the South African state and with South African national and global capital – while promising the latter a very tame transition indeed. It was with this vision that Mandela was now firmly in agreement, ready to accept a “freedom” firmly founded on the embrace of a neoliberal version of South Africa, one in line with global capitalism’s own priorities.

“The ANC passed into power, and, as the party of ‘liberation,’ it proceeded actively both to demobilize the people and to seal a deal with global capital.”

As a result it is not surprising how very little change in the impoverished substance of their lives has actually been delivered by the ANC to the vast mass of South Africans, this providing a sad anti-climax to the once proud anti-apartheid struggle in South Africa. True, for a Mulroney, his own sense of the need for a shift away from apartheid was qualified by his continuing suspicion, until quite late in the day, that the freedom-fighters of the ANC, including Mandela himself, were mere “terrorists.” However, more savvy guardians of corporate power closer to the scene had grasped the fact that only the cooptation of the ANC into a formal position of power could forestall a revolution – and that it was perfectly possible to so co-opt it.

This is, in fact, exactly what now happened. The ANC passed into power, and, as the party of “liberation,” it proceeded actively both to demobilize the people and to seal a deal with global capital. The predictable result: though the economic gap between black and white has shrunk somewhat (as some blacks have become very wealthy indeed) the gap between rich and poor (still mainly black) has widened dramatically. Crime rates have risen as a reflex of this gross, class-defined imbalance in personal incomes, while among Mandela’s successors – Jacob Zuma and his cronies – corruption flourishes. 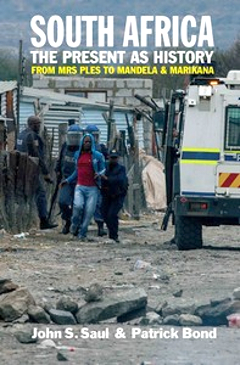 More promising is the fact that there are also signs of rather more militant resistance to all of this. Indeed, while it is true that a genuinely effective and credible counter-hegemonic national alternative to the ANC has been slow to emerge, the level of social resistance to the state – by means of demonstrations, protests and other forms of social disobedience – that is so evident at the local level is now, in fact, the very highest in the world!

And here too may also lie the silver lining in Mandela’s own passing from the scene. For, after an initial and fully understandable period of general mourning, one can imagine that the removal from the ANC of the brilliant lustre of Madiba’s public image and the halo of his almost supra-historical resonance could mean a further diminishing of the once seemingly impregnable image that the ANC, at least at the national level, had managed to sustain. In fact, with this, a further beneficial levelling of the playing field of political contestation could occur: then, after Mandela, the struggle for a more genuine liberation might well further intensify in South Africa. •

A longer article by John was published in the 2013 Socialist Register “On taming a revolution: the South African case.”

John S. Saul is Professor Emeritus of Political Science at York University and is author of A Flawed Freedom: Rethinking Southern African Liberation. John is also author, with Patrick Bond, of a history entitled South Africa – The Present as History: From Mrs Ples to Mandela and Marikana published in April, 2014.