Slovenia: Manifesto of the Initiative for Democratic Socialism

The ideological dominance of capitalism as the only feasible mode of production is coming to an end. In the second half of the 1970s, when rapid and stable economic growth came to a halt in the ‘developed’ world, the forces of capital intensified their attack on workers’ rights that has not ceased to this day. The foundation on which the ideological domination of capitalism was based had started to wither away, and the advocates of capitalism increasingly justified its existence by turning to the mere fact of its existence. The fact that unlike really existing socialisms, capitalism has not collapsed – although it had to be rescued by fascist gangs and military juntas many times – underpinned the claim that there simply is no alternative and that we must accept any sacrifice in the name of capital accumulation. If growing inequality, poverty of the majority of the world population, terror of dictators and devastation of nature are the price to be paid for capital to flourish, then so be it. 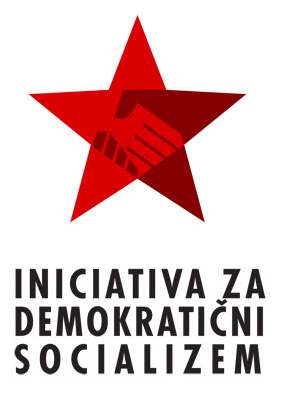 Attempts to resolve the current crisis confirm that in capitalism the economy does not serve to enhance the quality of life, but quite the opposite, human life serves to expand capital accumulation. The crisis is not an exception in the functioning of capitalism; it is not a disturbance in the self-regulation of markets, or a consequence of a sudden proliferation of lazy, corrupt, insufficiently entrepreneurial and uncompetitive individuals. On the contrary, the crisis is a tool by which the capitalist economy reinforces its domination over humanity and nature. What we are dealing with is not an economic crisis, but a period in which the normal functioning of the capitalist economy demands that the final remnants of democratic control, workers’ rights and public services be abolished for the sake of profit. Political elites do not deliberate on ways of harnessing the economy to secure the fullest development of each individual and to satisfy social needs. Instead, they are speculating on which sacrifice is demanded next by forces beyond their understanding and control.

Yet these mystical forces inhabiting in financial and other markets draw their strength solely from human labour in a specific system of social production. Due to the nature of this system, which alienates individuals from each other as well as from the products of their labour, these products assume a life of their own and confront individuals as a foreign, incomprehensible and untameable force haunting us now in the form of financial derivatives, now in the form of yields on government bonds. The development of science and education has provided us with technological possibilities to abolish poverty, shorten the workday and achieve sustainable development. Yet these technological possibilities are bound to remain just that, mere possibilities, as long as social forces remain deadlocked in a competitive struggle and subordinated to the blind dictate of profit maximization. It is time to outline a different path of development, one where a democratically planned economy will serve as a means of achieving social goals, and not the other way around, where development will be based on solidarity, not competitiveness.

What is Democratic Socialism?

Our goal is a social and economic system based on direct democracy in politics and economy and on democratically planned production. We want a system of production and distribution that is in accordance with the needs of each individual and of society as a whole, and which takes into account the regenerative capacities of the natural environment.

For us democratic socialism is not a utopian vision of a distant future, but the process of overcoming capitalism by democratic means. A process guided by century-long traditions of emancipatory struggles of workers, peasants, women and indigenous peoples. This democratic overcoming of capitalism will take place:

As we are aware that these policies cannot be implemented in one nation-state alone, we are committed to internationalism. We strive for the abolishment of world capitalism and relate in this to the struggles of emancipatory movements and parties from all over the world. Our struggle is part of a global anti-capitalist movement as it is being waged by European Indignados, ¡Democracia Real YA, the Greek Syriza, the German Die Linke, the French Front de Gauche, the Spanish Izquierda Unida as well as the Zapatistas and Bolivarian revolutionaries in Latin America and the Egyptian union movements and Chinese workers’ movement.

There are broadly two ways in which emancipatory movements striving for a systemic change are organized. Some are organized as parties attempting to gain political power and to act as anti-systemic regimes. Others are organized as movements fighting for systemic change with no desire to seize political power. We believe that the struggle for democratic socialism must necessarily make use of both types of strategies: those that work from below and are abolishing the existing social relations, and those that are changing the policies from above inside the institutionalized sphere of the political system.

The Programme of the
Initiative for Democratic Socialism

The Initiative for Democratic Socialism is a political project that strives for the realization of the objectives listed above. Principles of democratic socialism cannot be achieved overnight, but must be developed and implemented gradually. Our immediate demands are therefore reformist in nature. At the same time, however, we keep in mind that our ultimate goal is to abolish capitalism and put in its place a system based on solidarity, tolerance and sustainability. Our demands are not part of a utopian plan for a perfect society, but are rather based on the immediate concrete needs of the whole working-class, that is, everyone who has to sell his or her own labour power in order to survive.

Our short term proposals are the following:

This manifesto was published on the Initiative for Democratic Socialism website.