The Manifesto of the Mediterranean Meeting in Tunisia

We, the representatives of progressive political parties from the Mediterranean region, gathered in Tunis from March 23 to 24, 2013, at the call of the Popular Front, and adopted the following resolution.

1. For more than a quarter of a century, neoliberal capitalist globalization has extended its dominance over the entire planet. The processes launched have accelerated the commodization of the world in favour of a minority and have confiscated people’s citizenship and nations’ sovereignty. They are exacerbating economic insecurity and social inequality in the North and South and further widening the gap between the rich countries and the so-called poor countries. 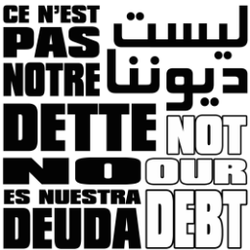 The people of the South are subjected to a particularly devastating regime of structural adjustment policies and free trade policies which impedes a fair development, destroys the environment and deprives them of their sovereignty, thus weakening them even more and exacerbating their dependence on dominant economic areas of the North.

The fate of humanity is now decided by a handful of transnational corporations and by the international financial institutions over which people have no control.

Since 2008, in the midst of a crisis of the world capitalist system, structural adjustment policies have been extended to the countries of the northern Mediterranean, the so-called contemptuously PIGS.

In Tunisia, these policies have been imposed since 1986 by the World Bank and the International Monetary Fund. In 1995, these were reinforced by the Association Agreement imposed by the European Union and its Member States. The political dictatorship has ensured the application of such policies.

At present, the various neoliberal capitalist globalization actors intend to carry on with these policies, trying to take advantage of the revolutionary crisis, by strengthening and expanding their scope. Thus they seek to block the path that leads to the development of aspirations and the desire for radical change massively expressed by the masses, particularly youth, during the revolutionary uprising of December-January 2011.

2. The removal of the dictator has disarmed the local neoliberal capitalist order without reversing it have led to some progress. The social system which is the historical product of imperialist domination and, more recently, of the restructuring of the neoliberal capitalist world, is still standing. But the revolutionary crisis that initiated the insurgency remains active. The victory of the democratic, social and national revolution in Tunisia, as in other countries in the region, still remains a possibility.

3. The Tunisian revolution marked the beginning of the Arab revolution. To date, four dictators, whose average time in power exceeded 30 years, have been eliminated. These political changes are, without a doubt, the most important occurrence that has taken place in the Arab region and Maghreb in decades. This is clearly a turning point in the history of Tunisia and the Arab region.

This is, in the proper sense of the term, a “historic” moment. In fact, for the first time in their history, the peoples of the Arab region, who have not stopped fighting, are standing up today against their direct oppressors, bursting onto the political scene to take hold of their destiny in their own hands.

4. The debt – odious, illegitimate – used under the dictatorship as a tool for political submission and as a mechanism for the transfer of income from labour to local but above all to world capital, currently serves the counter-revolution to maintain the neo-colonial economy and imperialist domination in Tunisia. Furthermore, in Egypt, Morocco, Greece, Cyprus, the Spanish State and in many other countries of the Mediterranean basin, debt continues to serve the interests of a minority against the interests of the vast majority. It is everywhere, it is the pretext for the implementation of austerity policies imposed by international financial institutions and the capitalistic states that violate human rights.

5. Everywhere, both in the North and the South, the same logic of profit, domination and destruction of the planet operate and continue to be imposed on the people and on nature. The Tunisian revolution, the Arab revolution, the heroic struggles of all peoples of the world against a neoliberal capitalist order, such as in Greece, Portugal, Catalonia, Basque country or the Spanish state, are the political founding acts of a new world order; one based on solidarity, that is democratic, feminist peaceful that ensures popular sovereignty and self-determination of the people and environmentally friendly – for which all our respective political parties are fighting.

6. But standing in opposition of this popular will for a radical shift are the ruling classes, the transnationals and global finance institutions. They form a united front to counter-attack and to implement even more antisocial and undemocratic policies in order to break through this liberating popular impulse and momentum, and thus continue to make the costs of the global capitalist system crisis fall on the same shoulders, those of the working people and the planet.

7. We, the representatives of progressive political parties from the Mediterranean region in the world, are convinced that we must unite our efforts and our actions, both regionally and internationally, to support and contribute to the struggles of the people and of the exploited and oppressed classes, in the region and worldwide, who yearn for freedom, dignity and social justice. We support the revolutionary struggle of the Syrian people to achieve freedom, democracy, social justice, equality and national dignity. We condemn any foreign intervention that goes against the achievement of these objectives.

In order to work together in this direction, we the progressive political parties from the Mediterranean region, that participated in this meeting in Tunisia against debt, austerity policies and imperialist domination, advocate for a free, democratic, social, solidarity-based and environmentally friendly Mediterranean region. We therefore commit to:

The progressive political parties in the Mediterranean region and other parts of the world that participated in the Tunisian Mediterranean Meeting welcomed the World Social Forum that was held in Tunis from March 26 to 30, and that allowed to advance toward the realization of the objectives enshrined in the Charter of Porto Alegre.

Finally, we strongly condemn the killing of Chokri Belaid, Secretary General of the Unified Democratic Patriotic Party and leader of the Popular Front, which we refer to as a political crime. We demand the truth to be told about all those involved in this heinous crime. •

With the support of the GUE / NGL Group at the European Parliament (Confederal Group of the European United Left/Nordic Green Left).