As part of a team of international researchers, we have produced a new epidemiological study[1] on the causes of breast cancer. This study adds considerable weight to a growing body of evidence that challenges the prevailing beliefs of the cancer establishment that has minimized the risk of breast cancer posed by occupational and environmental exposures to chemicals. This new evidence has far-reaching regulatory implications for the protection of workers’ health, their working conditions and for compensation for disease caused by these exposures. The new study is unique for its consideration of worker exposures to mammary carcinogens and endocrine disrupting chemicals (EDC) and their association with the incidence of breast cancer in several industries. Some of these substances include: bisphenol A, acrylonitrile, phthalates, benzene, styrene, butadiene, heavy metals, polycyclic aromatic hydrocarbons (PAH) and polyvinylchloride, to name a few.[2] 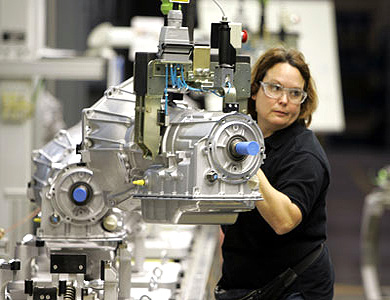 The study was undertaken at the Windsor Regional Cancer Centre and involved 1006 women with breast cancer and 1146 women without the disease from Essex and Kent counties in southwestern Ontario. Each of the women was interviewed and provided a detailed occupational history so that potential exposures to carcinogens and endocrine disruptors could be identified. This was coupled with an extensive literature review of the substances used in the production process and a series of focus groups of workers in these industries. Participants also provided information on reproductive risk factors including age of first pregnancy, number of pregnancies, history of breastfeeding, age at menstruation and menopause, as well as risk factors such as level of physical activity, alcohol use and smoking history.

The study found that women who worked for ten years in jobs with high exposures to carcinogens and endocrine disruptors had a 42% higher risk of developing breast cancer than the control population. Specifically, elevated rates were associated with the following jobs:[3]

It is important to note that not only were these statistically significant strong associations but the results were consistent with the results of several other occupational epidemiological studies. Moreover, the associations and health endpoints were biologically plausible in terms of research findings in the field of endocrinology. It was established many years ago that the body’s natural estrogen could promote breast cancer. More recently, however, scientists now recognize that man-made chemicals mimic estrogen and thus affect the progression of breast cancer. At the same time, scientists have also found adverse effects from exposures to minute concentrations of chemicals that disrupt the endocrine system.[4]

Indeed, the new paradigm of endocrine disruption seriously challenges the traditional toxicological model that says ‘the dose makes the poison.’[5] Instead of a straight-line dose response curve, EDCs produce profound effects at low doses and may have little or no effect at high doses. Scientists also found that the timing of the exposure could be critical to the development of breast cancer. Exposures in the womb or in early stages of breast development or prior to first pregnancy were found to be important risk factors. Hence young women are particularly vulnerable to exposures prior to first pregnancy because the cells in their breast tissue are only partly differentiated. Again our results were consistent with these biological finding.

These results have a number of important implications. Firstly, the strong association with occupational exposures challenges the questionable work by Drs. Richard Doll and Richard Peto, published in 1981, indicating that lifestyle factors were paramount for cancer risk and that occupational and environmental factors were unimportant.[6] This paradigm has dominated the focus of cancer research, funding and prevention strategies for the past thirty years with disastrous results on the health of workers and the general public.

Secondly, because endocrine disruptors undermine the assumptions of traditional toxicology, the study presents a major challenge to the way we go about regulating exposures to chemicals. Existing regulations are based on evaluation of health effects observed in high dose animal testing, and ignore the potential for adverse effects at or below the ‘safe’ levels calculated by linear extrapolation.[7] Most of our exposure standards promulgated during the past century for occupational, environmental and consumer health and safety are based on this model which is totally inappropriate for chemicals that can interfere with the endocrine system. The unresolved standoff between the traditional toxicologists and the endocrinologists concerning how to undertake risk assessment for endocrine disruptors imperils everyone. If there are no “thresholds” for certain substances at which no effects are observed, no ‘safe’ limit can be established. For these substances mandated isolation and process controls may be needed for worker protection, or an outright ban and mandatory substitution may be required.

A third implication is the challenge to our workers’ compensation systems. Occupational breast cancer has generally been considered a contestable disease, fraught with scientific uncertainties and dominated by the Doll/Peto paradigm. Until now, breast cancer has not been regarded as a compensable occupational disease. However, the growing body of epidemiological and laboratory research will inevitably change this with a dramatic impact on our workers’ compensations systems. Many of the mammary carcinogens and endocrine disruptors have only come into widespread use in the past thirty years. Based on the mounting evidence, this widespread introduction of toxic chemicals into various work environments, and particularly new pesticides into agriculture and plastics into automotive manufacturing, will likely result in escalating numbers of claims for work place compensation for women who have developed breast cancer from these new technologies. If breast cancer were recognized as a compensable disease for certain agricultural and industrial exposures, the costs would be substantial. Regardless of current policies of the workers’ compensation boards, it is imperative to take immediate steps to prevent future occupationally related diseases.

Where Do We Go From Here?

What do the findings represent for workers, unions and women’s health activists? Cancer has been a focus of union activism in Ontario for four decades, and used successfully to seek occupational health and safety rights for workers. In 1974, hard rock miners at Elliot Lake went on strike because of health and safety concerns over the high incidence of lung cancer suspected to be associated with silica dust and uranium exposures. The Ontario Government appointed Dr. James Ham to chair a Royal Commission to investigate health and safety in mines and the Ham Report subsequently influenced the development of the 1979 Occupational Health and Safety Act.[8]

Similarly, the Ontario Government set up a Royal Commission on asbestos because of concerns about the incidence of asbestos related cancers at a Johns Manville plant in Toronto. Subsequently, asbestos became a designated substance under the Occupational Health and Safety Act with two regulations, one concerning exposures from asbestos mining and manufacturing asbestos products, and the other addressing exposures on construction projects, buildings and repair operations including safe work measures and training of workers and supervisors. Aging asbestos in schools has been an ongoing health and safety concern of public sector unions such as CUPE and OPSEU whose members were exposed to airborne asbestos while working as janitors, cleaners and maintenance personnel in schools and other public facilities.

Certain cancers in coke oven workers, hard rock miners, and firefighters have been recognized as a compensable disease and, similarly, chemical and building trades workers in Sarnia have been compensated for asbestos related cancers developed subsequent to decades of employment in the chemical industry. Importantly, the recognition by compensation boards that these cancers are associated with certain occupations has provided the impetus for industries to reduce exposures and thereby prevent these diseases.

Generally, this history of cancer incidences in heavy industries has been plagued by a paucity of occupational health research.[9] More importantly, what research was conducted was in many cases poorly designed or designed in such a way that negative results would be achieved. Much of occupational research continues to be dominated by industry, and promotion of reliable, independent occupational health research remains a struggle reflecting the prevailing bias against the working-class.

“There remain huge gaps in our knowledge on the nature of women’s work and their particular exposures to chemical hazards at work.”

These examples, however, all relate to compensation for cancers developed primarily by male workers,[10] reflecting a systemic bias against providing effective and independent research on the hazards facing women in the workplace.[11] Thus there remain huge gaps in our knowledge on the nature of women’s work and their particular exposures to chemical hazards at work. This research has made some contribution to shedding light on this hidden area of research and the importance of making research on women’s health a priority, particularly in relation to compensation for work related cancers.

Breast cancer has become a very large social movement with millions of women on marches and fundraising. The film, Pink Ribbon Inc., recently critiqued the successful co-optation of the movement by corporations and diversionary reframing of the message of outrage as one of celebration, with a focus on life style factors. This diversionary move is consistent with the Doll/Peto paradigm that minimized the cancer risk posed by environmental and occupational exposures. If women in this social movement connect to the concerns about exposures to chemicals in the workplace causing breast cancer, the health and safety movement could gain traction for reform of conditions in the work place.

For unions and activists, the challenge comes from the prevailing political economy and the imbalance of class power at this stage of capitalist development in the core countries. Thirty years of neoliberalism, job cuts and globalization has instilled fear into workers for the economy on which they depend. Global capitalism has created a chilling effect on the labour movement and has tended to mediate other related social movements. Dependence of governments at all levels on capitalist production for provision of public wealth has led to submissive health, academic, industrial and political institutions, reluctant to confront the causes of injuries from exposures to industrial chemicals.

Given the response to the breast cancer study, we see the potential for union mobilization on this issue and perhaps this may carry over to broader health and safety issues. Recent union interest in the study and the cooperation provided by the Canadian Auto Workers (CAW) and the United Steelworkers are indeed a positive indicator. Women’s health organizations have also been particularly engaged and might provide a community partner that has a deep interest in fighting for an end to the breast cancer epidemic.

We are also encouraged by the intense interest generated by the study that was reflected in the fact that more than 300 media stories were published around the world about the study and that more than 12,000 people downloaded the paper from the internet.

While these are encouraging signs that we may see a revitalization of the health and safety movement, we cannot underestimate the obstacles to bringing about change. It requires the development of creative and innovative ways of overcoming the structural and ideological obstacles that confront working-class men and women. •

3.
National Network on Environments and Women’s Health, “Summary of the Research Findings: Breast cancer risk in relation to occupations with exposure to carcinogens and endocrine disruptors: A Canadian case-control study,” (2012) (available at www.nnewh.org).

4.
European Commission, “State of the Art assessment of endocrine disrupters.”

Michael Gilbertson is from the University of Stirling.