The Plan of the Nation for the 2013-2019 period, proposed by President Hugo Chavez last June in the context of his socialist platform for the 2012 presidential election, stopped being an electoral platform when it was opened up for debate and improvement by the Venezuelan people. In short, the national program is to be strengthened by the contributions of the national collective, by the experiences and needs of the people.

President Chavez has insisted repeatedly that the “invitation” to debate is open to all sectors of society, that is, both pro- and anti-Chavez forces. But will the initiative truly strengthen democracy and people’s power in Venezuela? That is the question that guides this interview with Javier Biardeau, Professor of Sociology at the Central University of Venezuela (UCV). The interview was conducted by Hector Escalante of Correo del Orinoco International where this article first appeared.

Hector Escalante (HE): What’s your take on the national discussion to improve the 2013-2019 Plan of the Nation?

Javier Biardeau (JB): I think it’s a very positive advance when compared to the methods used to plan and design public policy within liberal representative democracy. At the same time, this is just a beginning, a brief and limited process that still needs to establish authentic channels for debate that allow for the recognition of political pluralism and the diversity of proposals on the table.

Future discussions will produce a more participatory democracy with a greater density of debate, recognizing the multiplicity of voices, the diversity of revolutionary currents, the balance between majorities and minorities, and the inclusion of tendencies from within both government and opposition circles. 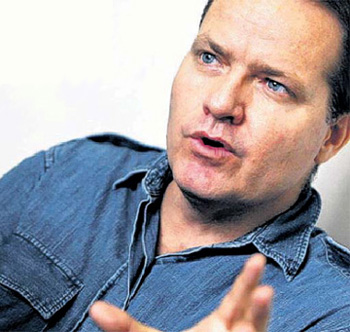 Sadly, the opposition has shown a truly infantile capacity to take advantage of these public spaces created precisely to foment a controversial, agonistic dialogue with the government. The opposition has failed to make a counterproposal to be discussed with the nation, a fact that signals their total lack of interest in holding a true debate.

Putting it simply, the Venezuelan opposition seeks only to operate as a destructive voice and force in society. Regrettably, the terrible habit within opposition circles of characterizing the government as an “authoritarian democracy” creates a grey area that cancels out the possibility of creating a constructive opposition that contributes to society. According to those negative voices, to debate policy with the government is to collaborate with a “totalitarian” or “autocratic” regime. Meanwhile, those within the opposition that do reflect, think critically, etc., do so using a limiting ideological script born of U.S. politics. They see nothing more than “democratic totalitarianism,” “fascism,” “authoritarian nationalism,” or what some of them call “radical populism.”

As such, the possibility of a constructive debate on the importance of planning the country’s social and economic development becomes trapped in a polarized dead end. Their positioning limits the discussions on what actions are to be taken, resources to be designated, responsibilities among actors, the content and objectives of an ambitious plan aimed at building Bolivarian Socialism of the 21st Century in order to overcome capitalism, once and for all, in Venezuela.

The Crux of the Debate

The current debate is about transforming an electoral platform into an authentic, participatory, democratic, and inclusive design of policy so as to produce a matrix of public policies to be carried out in the different realms of national and international political life. This debate is far removed from neoliberalism and its minimized state and at the same time has nothing to do with the bureaucratic socialism of the 20th century and its authoritarian statism. Instead, it seeks to advance a democratic and social state based on rights and justice, on participatory democracy, on the direct exercise of popular sovereignty.

This kind of debate helps bring people out of political lethargy, breaks inertia, and serves to overcome the thesis that the permanent democratic revolution is now concluded and that institutionality is all that matters. In short, it gets everyone thinking about governance, about efficient public management, the administration of popular will and the strengthening of both the faces and voices of democratic power.

One of the greatest roadblocks we face is that part of society that says “yes” to Chavez while at the same time says “no” to following through on his proposals.”

In Venezuela today there are tendencies from above and tendencies from below that are at an impasse. One of the greatest roadblocks we face is that part of society that says “yes” to Chavez while at the same time says “no” to following through on his proposals. By doing so, they leave President Chavez isolated. It’s no accident that Chavez often expresses sentiments of solitude, often says he feels like (Simon) Bolivar, alone.

People’s power is the direct control over popular sovereignty. It’s the power to modify structures in society that serve only to maintain inequality and exclusion. As such, the debate underway empowers movements of workers, students, campesinos, the indigenous, scientists, professionals, etc. The mobilization of these sectors of society benefits the entire national collective since they represent the basis of Venezuelan democracy, the basis of our constitutional transformation.

The crux of the issue, however, is that this process is bound to modify the correlation of forces, the political framework that exists and the relations that holds it together. Behind the scenes there are actors that seek to secure a political and social pact among different social classes, a sort of social dialogue.

But if one digs a little, one finds a set of clashes between interests of all types. This clash of interests, both economic and social, is the key reason President Chavez has put the debate into the hands of people’s power. And if the national collective fails to use a sharp class analysis to interpret the issues at hand, groups involved, etc. we’ll never succeed in understanding what lies behind the permanent conflict between government and opposition.

In Venezuela, there are dominant classes in the realms of the economy, politics, ideology, and culture. The question to ask is whether or not people’s power takes power out away from the oligarchy of money? That is precisely what it does. That’s what it’s all about. Otherwise, we’d be in the presence of a simulation of people’s power. •

[Complete text of the six-year plan “Program of the Homeland” in English.]

[For those in Toronto, there’s a workshop coming up December 13th to discuss the six-year plan: “Alternatives to Capitalism.”]

Javier Biardeau is Professor of Sociology at the Central University of Venezuela (UCV).