At the end of the 1970s, just before the era of concessions began, the U.S. section of the United Auto Workers included some 700,000 members at the Big Three (GM, Ford and Chrysler). In each subsequent round of bargaining, the union accepted concessions in exchange for the promise of ‘job security.’ Today, after three decades of this charade – sold by the union as well as the companies – there are 110,000 UAW members left at these companies, a stunning loss of almost 85 per cent of the jobs. 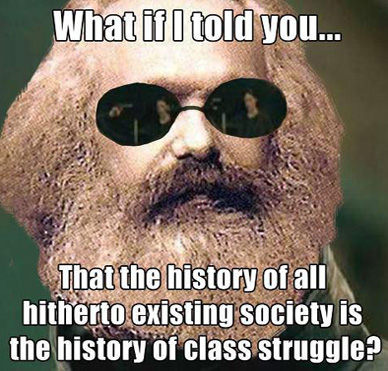 The Canadian section of the union resisted this direction for a time. In fact, it was tensions over the response to concessionary demands that led in 1985 to the Canadians breaking away from their parent and establishing the Canadian Auto Workers. As it turned out, the new union did somewhat better in terms of jobs for a significant period, but today their numbers too are dramatically down: from some 70,000 at the end of the 1970s to under 21,000 today, a fall of some two-thirds.

Since the early 1980s, real productivity in the Canada-U.S. auto industry (i.e. after discounting for inflation) has more than doubled. Real wages, on the other hand, have actually fallen in the U.S. and only increased moderately in Canada.

For new workers, the change is even more shocking. An American autoworker hired at the Big Three today will be working at a lower inflation-adjusted wage than he or she would have gotten a half-century ago. In Canada, the real starting rate will now be 12 per cent below where it was when the Canadians split from the Americans a generation ago. And whereas new workers could expect to reach the top rate in 18 months then, they will now have to wait 10 years.

There are four crucial lessons to be taken from all this.

First, it is simply not credible to argue that concessions are a strategy for autoworkers ‘ultimately’ achieving a better life. Concessions not only increase inequality and dampen demand, leaving corporations reluctant to invest, but also are a diversion from addressing what really needs to be done to create jobs.

Second, the great productive potential of this sector cannot be met if we restrict that potential to making cars. With productivity improvements in the auto industry of 3 per cent per year when long-term demand is growing at less than 2 per cent per year, jobs will inevitably shrink over time – and this is aside from whether we really want or can sustain more cars on the road.

Rather than watching the disappearance of the productive assets we have in this sector, we should be talking about how to convert its flexible tools and equipment, creative engineering capacity and proven worker skills into meeting the obvious needs that environmental pressures will imply through the rest of the century.

Such transformations will have to include not just our energy and transportation systems, but also our factories and offices, the nature of our homes and appliances. This cannot happen, as experience shows, through reliance on markets and unilateral corporate decisions; a sustainable future demands placing some notion of democratic planning back on the agenda. (The technical feasibility of such changes was demonstrated as long ago as World War II when industries were converted to war production and back again in remarkably short periods.)

Third, it is hard to imagine a significant move in this direction without a push from a renewed labour movement. Unions themselves need to radically rethink their structures and role as representatives of working people. It isn’t enough to lament corporate and government attacks or to look to better PR or technical fixes. Two-tier wages for the same work, for example, alienate the very young workers on whom unions depend for their revival, and that lack of solidarity within the workplace destroys credibility in promises of broader solidarities beyond the workplace.

Unions will have to demonstrate in practice that they are leaders in the fight for needed social services, that they have ideas for job creation, and that they are ready to put their organizational resources into winning such directions. The right has radically and aggressively championed an agenda that has brought greater inequality and greater insecurity for working people. Only an equally radical and determined response can reverse this course.

Finally and more generally, we must come to grips with the fact that private investment is not going to lead us out of the immediate economic crisis. Though productivity has grown and costs have been restrained, the resultant hordes of cash – as has been much noted – are only sloshing around in corporate treasuries or in the financial ether. Neither further cuts in interest rates nor tax cuts will change this reality. Only direct government intervention in massive infrastructural spending and the expansion of needed public services will create jobs – and induce the private sector, in spite of itself, to meet the consequent spending. •

This article first appeared in the Toronto Star.