Workers at CP Get Railroaded

On May 23, 4800 CP Rail workers went on strike after giving a 72-hour strike notice on May 19. The workers, represented by the Teamsters Rail Conference of Canada, had voted 95 per cent in favour of a strike on April 27. The major issue is pensions, but there are also other areas of dispute such as fatigue management and workplace safety. The company is seeking to devalue existing pensions by 40 per cent in a move that would affect both new hires and long-time CP workers who have paid into the company pension plan for years.

Minister of Labour, Lisa Raitt, invited both the union and company representatives to a joint meeting in Ottawa on May 22, with the hope of avoiding a strike. At best, the government’s attempt at fostering a dialogue between the two parties paid lip service to tripartite negotiations. In her meeting with the union the day before the strike, Raitt made no mention of intervention, prompting the union to issue a press release stating:

Just after midnight on May 23 the union went on strike and in less than a day, Minister Raitt was already threatening back-to-work legislation.

As with back-to-work legislation against Air Canada baggage handlers, mechanics, ground crew and pilots in March, Raitt cited the “economy” as her justification to intervene. While making such threats, she still claimed to support a “freely” established agreement between CP Rail and the union. After threats and the imposition of back-to-work legislation against four separate unions representing Air Canada workers between June 2011 and March 2012, CP Rail is now the second privately-owned company to witness back-to-work legislation threats since the Tories were elected on May 2, 2011. Historically, back-to-work legislation has almost exclusively been used against public sector strikes at the provincial and federal level. The Conservative’s use of this regressive legislation in private sector negotiations – and in the case of Air Canada, even before the outbreak of a strike – indicates that the government is committed to breaking the convention of fair and free collective bargaining in Canada’s industrial relations system.

Rank and File Radio visited a CP picket line in Smith Falls on Thursday, May 24. Over thirty members of the Teamsters Canada Rail Conference were on the line. Not only did the striking CP workers understand that Raitt’s threats sabotaged negotiations between the union and CP, but the workers also informed us that they expected the legislation to be introduced on Monday when MPs return to parliament. They expected the legislation to be passed and implemented by Wednesday.

While CP Rail’s attack on pensions is nothing new for Canadian labour relations since the onset of the global economic turmoil in 2008, this particular dispute highlights the extent to which core industries like rail transportation are increasingly subject to the interests of the financial sector.

In recent months, CP Rail has also made headlines for its internal corporate battle. This culminated in the resignation of CEO and president Fred Green, a 34-year CP employee, on May 17 only hours before a shareholders meeting of 300 people in Calgary. Another five directors, including CP Chairman John Cleghorn, announced they would not run for re-election to the company’s board. Both the CEO and the directors anticipated being ousted by shareholders at the meeting.

The resignations are attributable to the “activist” shareholder, William Ackman, who heads the Pershing Square Capital Management hedge fund based in New York. It was revealed in October that Pershing Square became CP’s largest shareholder, spending $1.4-billion to secure a 14.1 per cent share of the company.

Ackman’s ability to sway CP shareholders was made clear when he managed to get the Canadian Pension Plan Investment Board (CPPIB) and Ontario Teachers’ Pension Plan to endorse his call for a new direction in CP. Ackman-backed nominees now dominate CP’s board of directors and the company’s interim CEO, Stephen Tobias, is also a director at Pershing Square. Ackman intends to appoint Hunter Harrison, the retired CEO of rival railroad, Canadian National Railway Company, as the head of CP in the long-term.

All the more remarkable was CP Rail’s quadrupling of first-quarter profits in 2012, far exceeding analysts’ expectations. These results were made public on April 20, a month before shareholders voted on the company’s governance. Earnings per share were about 300 per cent above its 2011 first-quarter numbers. CP also reported that there were double-digit percentage improvements in train speeds, terminal dwell, active cars online, and car miles per day compared to the year before. These results were still considered lacking by CP’s largest shareholders, notably the CPPIB, which stated, “we believe that Pershing’s proposals for change provide the greatest likelihood for long-term sustainable improvement.”

Of course, the measure of financial performance is rated by shareholder returns, and not profitability, productivity, or market share alone. Leading shareholders maintain that these targets can be achieved by lowering the railway’s operating ratio, the percentage of revenues required to pay for operations. Under former CEO, Fred Green, CP set a target to bring the ratio down from 80.1 per cent to “70 to 72 per cent for 2014,” but Pershing insists that a goal of 65 per cent by 2015 is achievable. Ultimately this involves an assault on wages and pension liabilities.

What these events suggest is that CP’s governance and corporate strategy are being determined by the interests of financial capital, namely the hedge funds and pension funds that possess a dominant share in the company. The slate of directors nominated by Pershing represent an effort to accelerate financial returns on investments by slashing operating costs rather than through a process of industrial expansion.

The case of CP also exposes the role of pension funds as central points of contention leading up to negotiations. This was certainly the case in a year-long strike by members of USW Locals 6500 and 6200 against international mining giant, Vale, in the nickel belt town of Sudbury, Ontario. Large corporations, like CP, cite the ongoing turmoil in the global financial system as cause for reducing company liabilities and contributions to these plans. In 2011, over 84 per cent of registered pension plans (RPPs) cited in a Statistics Canada report were underfunded. While asset values held by employer pension plans dropped 12 per cent after the 2008 stock market meltdown, these plans have recovered all losses experienced during the downturn.

There is a great deal of wealth at stake. In 2010, the market value of RPPs held by the private and public sector employers in Canada totaled $1.2-trillion, up 10.6 per cent from the previous year. Considering that employers are responsible for contributing a dominant share to pension funds (63 per cent), corporations are attempting to lighten this responsibility at the bargaining table. After CP workers went on strike, the company said that it could no longer afford “pricey pensions,” and admitted to seeking to reduce “generous” payouts to future retirees, as well as scaling back health and dental benefits for its pensioners. As the company’s VP of Human Resources and Industrial Relations, Peter Edwards, stated in a memo, “Whichever way the Teamsters prefer, we simply must address our legacy pension, increase our competitiveness and minimize collateral damage to our customers’ business.” Either through a negotiated settlement or binding arbitration, the company argues that the union leadership must acknowledge what the company describes as a pension crisis, by making concessions. 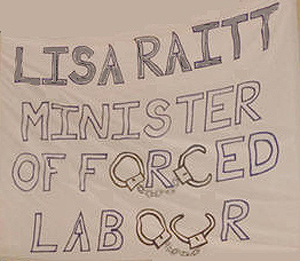 The Conservative government’s wielding of back-to-work legislation as a mechanism through which to secure labour peace has undoubtedly empowered employers over workers during pension negotiations. Despite the appearance of a pension crisis at CP, it is clear that the company’s leading shareholders, and their newly appointed board of directors, want to enhance share value by reducing pension contributions, among other measures. As the company’s performance indicates, it is not a question of profitability, but who benefits from the generation of corporate wealth. Mr. Edwards talk of supporting the “future prosperity of [CP]” is fundamentally the future prosperity of Pershing, shareholders, and financial capital.

It seems likely that this strike will go to arbitration. What happens with pensions is up in the air. There seems to be no willingness to defy back-to-work legislation as the workers see arbitration as a better solution than a lengthy strike against a company seeking such drastic pension reductions. However, few of the workers we spoke to were aware of the dispute between CUPW and the government over Raitt’s appointment of a former federal Tory candidate, Guy Dufort, as arbitrator between Canada Post and CUPW; or the Raitt-appointed arbitrator’s imposition of a previously rejected agreement upon Air Canada flight attendants in November.

CP Rail workers are well-informed about the internal operations of the company, and many of them are stockholders themselves. Interestingly, some of the striking workers we spoke to on the picket lines held contempt for the previous CEO, Fred Green, and were justifiably disgusted by the ousted leader’s alleged multimillion dollar pension and compensation package – truly the only “generous” pension distributed by CP. Despite, the overwhelming strike vote and opposition to the company’s assault on their pension plan, the workers are extremely proud to work for a company that carries 40 per cent of all Canada’s freight.

While there is an acquiescence to how CP operates as a publicly-traded corporation, the opposition to corporate greed is palpable. Those on strike come from a traditionally insular workforce – well-paid, highly-skilled workers – that is acutely aware of the country’s industrial infrastructure from the Pacific to the Atlantic.

With such commitment to their work, and a first-hand knowledge of how the Canadian economy functions in terms of how goods are transported and wealth distributed, one has to wonder if this group of 4800 workers would be open to bold proposals about restructuring the Canadian economy along environmentally-sustainable lines in which the railways provide the transportation backbone.

Needless to say, the wider labour movement will look upon this strike and get much the same message as it did with Air Canada workers and the postal workers: the federal government is no friend of labour, but a strong ally of corporate power. •

This article first appeared on Rank and File.

Andrew Stevens is an Assistant Professor at the University of Regina and a Regina City Councillor.