Many socialists have cheered Lars Lih’s demolition of the textbook interpretation of Lenin’s work in Lenin Rediscovered (2008) without examining how many of our own preconceptions on the subject are now part of the same pile of rubble. The fact that Occupy has functioned in practice like the much-sought-after but never replicated vanguard party that Lenin helped create in early 20th century Russia has also escaped much of the Marxist and socialist lefts.

These two developments are not coincidental. 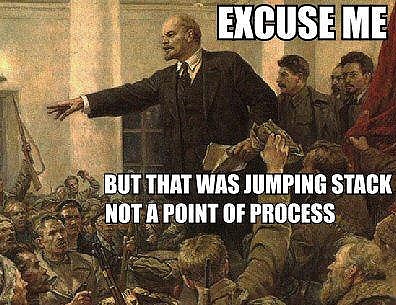 Leon Trotsky’s description of the party as “a lever for enhancing the activity of the advanced workingmen” captures exactly how Occupy has functioned. In the space of four weeks, Occupy Wall Street (OWS) mobilized more workers and oppressed people than the entire U.S. socialist left combined has in four decades. OWS did not begin with a program or a series of demands but with an action that inspired tens of thousands of others to act, speak, march, occupy, and rise up in an elemental awakening (or stikhiinyi in Russian).

Inspirational leadership is the core theme of Lih’s Lenin (2011) biography and underpins Lenin’s writings as well. Consider his words from Left-Wing Communism explaining why and how the Bolsheviks triumphed against all odds during the 1917 revolution and the brutal civil war that followed:

“[T]he Bolsheviks could not have retained power for two and a half months, let alone two and a half years, without the most rigorous and truly iron discipline in our Party, or without the fullest and unreserved support from the entire mass of the working class, that is, from all thinking, honest, devoted and influential elements in it, capable of leading the backward strata or carrying the latter along with them…. I repeat: the experience of the victorious dictatorship of the proletariat in Russia has clearly shown even to those who are incapable of thinking or have had no occasion to give thought to the matter that absolute centralization and rigorous discipline of the proletariat are an essential condition of victory over the bourgeoisie…. This is often dwelt on. However, not nearly enough thought is given to what it means, and under what conditions it is possible.”

It should go without saying that Occupy at six months does not resemble a disciplined, centralized organization steeled over two decades of battles. That is not the important part of the comparison. It’s what lies underneath the discipline that Lenin described as “an essential condition of the Bolsheviks’ success” that is the key:

“The first questions to arise are: how is the discipline of the proletariat’s revolutionary party maintained? How is it tested? How is it reinforced? First, by the class-consciousness of the proletarian vanguard and by its devotion to the revolution, by its tenacity, self-sacrifice and heroism. Second, by its ability to link up, maintain the closest contact, and – if you wish – merge, in certain measure, with the broadest masses of the working people – primarily with the proletariat, but also with the non-proletarian masses of working people. Third, by the correctness of the political leadership exercised by this vanguard, by the correctness of its political strategy and tactics, provided the broad masses have seen, from their own experience, that they are correct.”

If there are any words to describe the thousands of occupiers who continually defy cops in riot gear, risking beatings, arrests, and wanton brutality simply to maintain a presence in an ostensibly public space, they are tenacity, self-sacrifice, and heroism.

It was OWS’s tenacity, self-sacrifice, and heroism in the face of New York Police Department (NYPD) Inspector Anthony Bologna’s pepper spray rampage on September 24, 2011 that ended the isolation that marked week one of the occupation and allowed it to link up, maintain close contact, and merge with the masses in weeks two and three. NYPD repression did for OWS what Bloody Sunday did for the Russian revolution in 1905 (although thankfully no one was killed).

The correctness of Occupy’s tactics and political strategy is deeply felt by huge numbers of people because both have proven to be unmatched in effectiveness. This mass feeling explains why the ideas, values, and methods that animated OWS such as General Assemblies, modified consensus, autonomy, horizontalism, direct action, and direct democracy dominate all corners of Occupy. All of this has become the uprising’s common sense, its animus.

Huge numbers of people look to Occupy for “how to live and how to die.” The excitement over Occupy’s calls for a May 1 general strike and the anticipation felt by almost everyone about the prospect of an American Spring are a symptom of Occupy’s vanguard role.

Occupy has also assumed another aspect of what is typically associated with Lenin and the vanguard party:

“[T]he Social-Democrat’s ideal should not be the trade union secretary, but the tribune of the people, who is able to react to every manifestation of tyranny and oppression, no matter where it appears, no matter what stratum or class of the people it affects; who is able to generalize all these manifestations and produce a single picture of police violence and capitalist exploitation.”

OWS played this role from its inception, marching against the execution of Troy Davis. Solidarity was automatic. Shortly after Davis was murdered by the state of Georgia on September 21, 2011, signs appeared at OWS that read: “I’ll believe corporations are people when Texas executes one!” A “single picture of police violence and capitalist exploitation” indeed.

By standing up to tyranny, oppression, and police brutality directed against people of color, Occupy has won enduring respect and created alliances with a variety of racial and religious minority communities. It has gone from being for the 99% to being by the 99%, which brings us to the next compelling overlap between Occupy and Lenin’s ideas.

Derided by the Marxist left for being vague, populist, blurry, or class collaborationist, the 99% is in fact synonymous with Lenin’s vision of a revolution accomplished by the narod, which Lih rightly notes has an emotional punch in Russian that the English version (the people) lacks. Add the peasantry, students, and all of Russia’s oppressed peoples together with the working class and it would probably be numerically close to the 99% espoused by Occupy.

Lenin’s vision of revolution was fundamentally inclusive, not exclusive, and the same is true of Occupy’s vision.

Socialist Movement in the U.S.?

So where does all of this leave the socialist movement in the United States? Does that mean (try not to cringe) that Lenin is no longer relevant? The answer to these questions depends on what you take from the Bolshevik experience. 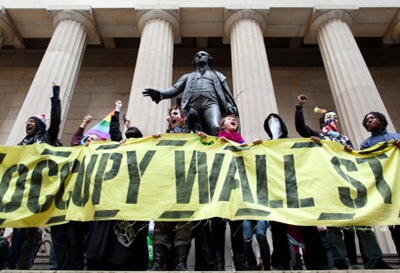 At one point in his career, Lenin set out to unify scattered local informal groups of intellectuals and workers known as circles into something resembling the German Social Democratic Party. Six months into the greatest explosion of mass struggle in almost half a century, today’s socialist left is much smaller numerically than the Socialist Labor Party was at its low point (6,000 in 1898) and growing at a snail’s pace, if that. Today, socialist groups generally do not have contact with, much less productive, ongoing, working relationships with one another nationally, or even locally.

Imagine the Russian circles that Lenin sought to unite all declaring that political differences with their counterparts across town or in other parts of Russia were too great to be in the same organization. Instead of uniting, they formed separate membership organizations, published rival newspapers, and competed with one another for individual adherents. Do this and you get some idea of how the problems Lenin faced stack up to the problems we face.

Since we don’t have Tsarist repression to deal with, since we have the “air and light” Kautsky said we needed for a successful political workers’ movement, the only people to blame for this sorry state of affairs is ourselves (and our predecessors). Any observer who looks at our movement will not feel inspired to join up and make sacrifices for a great cause; they are more likely to feel despair, frustration, and bewilderment at the foolish, needless, endless, and counterproductive divisions that are keeping us weak despite the greatest opening in a generation (or three).

Unless we start doing something different, we are not going to end up with anything different than what we have now, no matter how badly we want it or how hard we work. When you’re stuck in a hole, the first thing to do is to stop digging.

If there’s anything we can learn from Lenin and apply now, it’s that if we rise to the tasks before us and get our act together, we can turn our movement around and make it a factor of the first order in American politics again. •