Social Democracy and the Economic Crisis: The Saskatchewan Case

In the Spanish general election last Sunday [November 20, 2011], the Socialist Party government was soundly defeated. The rightist Peoples Party won the election but only increased their vote by a very small margin. The Indignados, the people who staged mass street mobilizations, asked the voters to stay home, spoil their ballot or vote for the numerous smaller parties. Neither of the two major parties were deemed fit to govern, they argued. The Socialists lost three million votes. 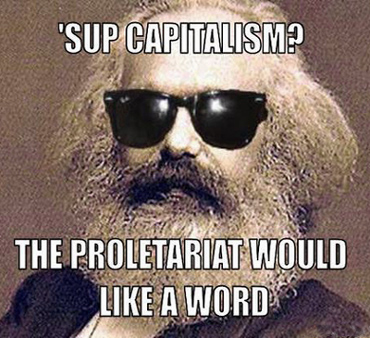 The Spanish economy is in the tank with unemployment at 22 per cent and youth unemployment over 40 per cent. Personal and government debt is huge, and investors fear they will default on their bonds. As in the United States, the crisis is the fallout from the collapse of the housing bubble, created by the unregulated finance industry supported by low interest rates and neoliberal government policies.

The Decline of the Social Democrats

All across Europe, the pattern is the same. The social democratic parties in government embraced the agenda of big business. They deregulated the finance industry, cut taxes on corporations and the rich, and privatized state assets. As government revenues fell, they imposed ‘reforms’ to social programs which fell heaviest on the poor and the working-class.

• In Iceland the Social Democrats first supported the right wing Independence Party in privatizing the banks and deregulating finance. The banks collapsed. In a governing alliance with the Greens, they tried to make the taxpayers bail out the banks. In two referendums the people overwhelmingly voted ‘no’!

• In Ireland the Labour Party, then in opposition, supported the neoliberal agenda brought in by the rightist government of Fianna Fail. The banks collapsed, and the government took on major debt to bail them out. Following the February 2011 election, the Labour Party is now in coalition with Fine Gael, imposing a right-wing austerity program on their supporters.

• In Portugal the Socialist Party government was turfed out in the June 2011 election after being forced to accept an IMF/ECB bailout and austerity program. The large government debt was mainly due to the disasters stemming from their Public Private Partnership program.

• In Greece the Socialist Party government adopted right wing neoliberal policies, seeing them as the only way to deal with the economic and financial crisis. A number of governments over the years failed to collect taxes from small business, corporations and the rich. Instead, they borrowed money to cover their hidden deficits. The IMF is now directly running the country. A series of harsh austerity programs is driving the country into a deep recession.

• In Italy, the conservative coalition of parties headed by Silvio Berlusconi has implemented harsh austerity programs to deal with the government debt and the long recession. But the opposition centre-left coalition of social democrats and Greens supports this strategy. As in Greece, the IMF is now directly running the government.

Across Europe the social democrats in office and in opposition have supported the general neoliberal model of the free market and free trade, an end to universal social programs, and the implementation of regressive taxation systems. This is the pro-business right wing package brought in by Margaret Thatcher and Ronald Reagan beginning around 1980. The result has been a general withdrawal from participation in politics, a decline in the percentage of the population even bothering to vote, and the rise of right wing neo-fascist parties.

The federal NDP moved steadily to the right under the leadership of Jack Layton. The platform in the May 2011 election promised to balance the budget over four years without raising taxes or in any way cutting Stephen Harper’s ever growing military budget. Just prior to the recent election the federal NDP called the media to stress that when elected Jack Layton would follow the model of the Romanow-Calvert governments in Saskatchewan.

The financial/economic crisis which broke in 2007 has demonstrated the failure of the neoliberal model. But with the traditional social democratic parties of the left, and then the Greens, generally supporting this model, what is the alternative?

For Canada this is a time of decision. The federal NDP is now choosing a new leader and has the opportunity of taking a new political direction. But it will take a strong push from the grass roots to shift the party in a more progressive direction. There is little evidence that this is happening.

In Saskatchewan the NDP has just experienced a horrendous defeat. If they continue as in the past 20 years with the leader and the caucus determining everything, we are facing the likelihood that the NDP will be the minor opposition party long into the future.

The NDP cannot be revived in this province unless they re-establish their ties to the many popular organizations which have supported them in the past. To do this they need to seriously try to reach out to them and the general public. They will not succeed unless they develop a new vision for the province, one which puts the human rights and democratic principles of the majority up front and recognizes that climate change is a serious problem. The 35 per cent of the population which is marginalized from everything must be actively supported and brought into the political system. We do not need two major parties whose first commitment is to the defence of the large transnational corporations which control the economy and the business class in general. 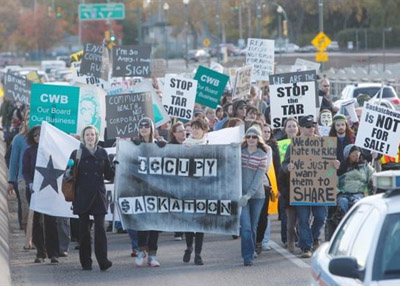 I remember well the high spirits which came after the victory of the NDP in the 1971 election. It happened because there had been three years of open debate on policy both within the party and in the general public. A great many people became deeply engaged in the political process.

The major victory of the NDP in 1991 was due to the fact that for three years the Saskatchewan Coalition for Social Justice had been actively confronting Grant Devine’s Conservative government in public actions involving thousands of citizens. Once again, the general public was engaged in the political process. Democratic mass mobilization works.

Given the weakness of the NDP in Saskatchewan today, and the very low participation of the general public in the political process, it seems to me that it is time for the people in this province who are committed to the democratic ideal to look to the formation of some sort of new, broad extra-parliamentary political organization. •

John W. Warnock is a Canadian academic, author, columnist and political activist who is based in Saskatchewan. He blogs at johnwwarnock.blogspot.ca.