A Civil Society Strategy for Revitalizing the Left

What happened to the North American Left? Why is it that, even now, when capitalism seems so obviously unappealing, unsustainable and unfair, the Left cannot mount a more serious challenge to the Right or its grim austerity agenda?

Indeed, what happened to the Left’s former ability to mobilize huge numbers into powerful social movements, to inspire working-class people with appealing visions of post-capitalist alternatives, and to strike fear into the hearts of elites who once worried that the Left posed a credible threat to their power and privilege? 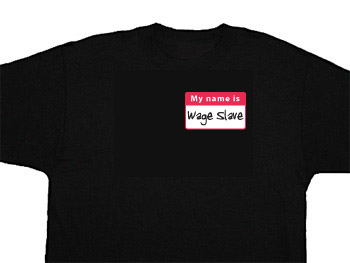 If we are serious about figuring all this out, and reversing this trajectory, we have to be willing to take some responsibility for our predicament. We can’t just blame the ‘propaganda’ circulated by the corporate media, the repressive role of the police and the courts, or the way electoral systems are stacked against our efforts to promote social and environmental justice and political and economic democracy. The news media, the police, and state institutions have always waged a determined struggle against the Left; but the Left used to be able to overcome these obstacles and make real gains, building powerful mass movements that sometimes racked up real victories. Above all, the Left was once able to claim the allegiance of huge numbers of people, but at least in North America this is no longer the case.

The Left’s Role in Its Own Decline

My questions here can all be boiled down to this: What has the Left done, or failed to do, that might have hastened or exacerbated its own decline, and what can we do today to help turn things around?

There is, of course, a conventional answer to these questions. Some people on the broad Left, and almost everyone on the Right, would say that the Left’s historic error was to articulate a political vision (‘socialism’) that strayed too far from capitalism. Its supposed aim to introduce democratic and egalitarian economic planning, they say, made socialism unable to handle the overwhelming demands of information-processing that arise in a complex modern society. Only market regulation and profit-motivated investment decisions can handle these demands, according to this view.

But I would argue that the real story is almost the exact opposite of this more familiar one. The real-world experiments in ‘socialism’ during the 20th century did not fail because the distance that separated them from capitalism grew too great, making them unworkable. On the contrary, they failed because the proximity between those efforts and capitalism made these ‘socialisms’ – Stalinism and social democracy – too difficult to distinguish from the capitalist system that they were supposed to replace. These supposedly socialist political projects actually embraced most of capitalism’s worst features: its bureaucratic mode of governance, its technocratic approach to designing and implementing public policy, its hierarchical and authoritarian norms of workplace organization, its Realpolitik patterns of international relations, its cultural celebration of productivity and growth as ends in themselves, and its elitist understanding of who is best suited to exercise political power and spearhead social change.

At the heart of the problem was the Left’s often uncritical embrace of one of the most oppressive, disempowering and alienating institutions that most working-class people ever have the misfortune to interact with in their lives: the modern state. At some point, the Left dropped its former aim of encouraging the ‘self-emancipation’ of working people, and replaced it with an aim that to most people seems like its opposite: technocratic ‘public administration’ by state agencies.

This shift, from the anti-statist ‘community-based socialism’ that dominated the early Marxist, Owenite, Guild-socialist, syndicalist and anarchist Left in the 19th and early-20th centuries, was replaced in the years after the First World War by the two most influential forms of ‘socialism’ in the 20th century: statist command planning, typified by the USSR, and Keynesian welfare state expansionism, typified by European social democracy.

In the course of this fateful shift, the Left gave up almost entirely on the emancipatory promise of liberation from alienation, exploitation and bureaucratic administration that had once been its stock in trade – a promise which had only a few decades earlier led European radicals to embrace the bold ‘smash the state’ ethos of the Paris Commune. In place of this earlier promise of sweeping social reconstruction based on popular self-organization from below, the post-WWI public-administration Left now promised two things: ‘development’ and ‘rising living standards.’ For a while, both Stalinism and social democracy seemed able to deliver on these promises. Later, notably during the structural crisis of Keynesian demand-management capitalism in the mid-1970s and the stagnation crisis in Eastern Europe during the 1980s, these promises began to ring hollow.

But the more fundamental problem wasn’t that the Left could no longer deliver on its promises. The problem was that it was making the wrong promises altogether. The ideal of a community-based, egalitarian and participatory economic democracy that had once inspired millions had been replaced with an unappealing vision of a regime of public administration and economic management – whether Stalinist or social-democratic – that delivered ‘benefits’ to a passive, alienated, but well-fed populace.

This ‘administrative’ (or ‘coordinatorist’) vision of a post-capitalist world is not utopian or unattainable. But why would anyone be inspired to struggle for it? This, I believe, is the question that the Left must address if it is to revitalize its project and recapture the allegiance of people who have learned to associate the radical Left with government bureaucracy and alienating public administration.

A Left That No Longer Identifies With The State

Having made this fateful wrong turn so long ago, what can the Left do today to set a new course, to restore the viability and the appeal of its project?

What the Left needs above all is to rupture its identification with the capitalist state. Government is not an actual or potential ally of the Left against Big Business. In part this is because, especially in this neoliberal epoch, government is in fact already an arm of Big Business. But more importantly, it is because the bureaucratic structures of the capitalist state are incapable in principle of serving as a vehicle for the self-liberation of people who aspire not to be administered by a welfare-maximizing state apparatus, but to participate in the democratic self-organization of their own workplaces and communities. What is needed, in short, is a reassertion of the classical leftist ideal of a community-based socialism, a socialism of popular self-organization and horizontal democracy, not one of public sector maximalism.

In part, that means replacing the utilitarian and technocratic images of a post-capitalist social order with more appealing images of radically democratic forms of community-based egalitarian economic democracy. But, in more immediately practical terms, it means a strategic reorientation of the Left: a turn away from the habit of engaging primarily with state institutions (parliaments, regulatory agencies and the welfare state), toward engaging primarily with grassroots, community-based forms of popular self-organization.

The Left, in other words, must turn its attention back toward civil society: union locals, cooperatives, social movement organizations, mutual aid projects, popular assemblies, and other community associations. These expressions of grassroots democracy and popular self-organization – operating independently of both the market economy and the state – offer the Left the crucial benefit that they do not replicate the alienating and disempowering character of corporations and governments (although the Left is unfortunately overpopulated with bureaucratic and staff-led union and NGO apparatuses that today emulate the administrative systems of elite institutions). Instead, these grassroots civil society organizations embody the ‘every cook can govern’ spirit of the classical (pre-WWI) Left.

How We Resist Neoliberalism

There is no doubt that a civil society strategy for the Left raises a number of difficult questions. Above all, it poses a very serious set of questions about how the radical Left should fight back against neoliberalism, notably in its contemporary guise of the ‘austerity’ agenda. Given that neoliberalism’s primary policy aspiration is to privatize public services, and to replace public administration (the ‘public sector’ economy) with market regulation (the ‘private sector’ economy), shouldn’t the Left be defending the state (the public sector) against neoliberal privatization? 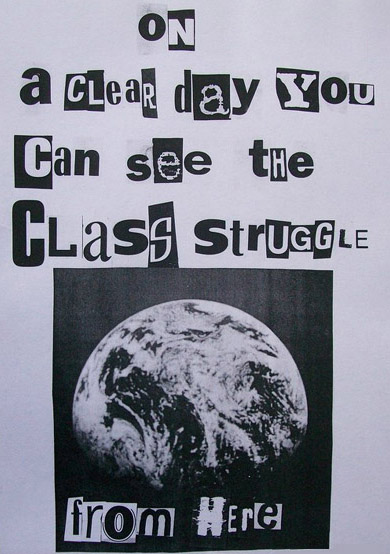 For better or for worse, what the Left needs in addressing this question is nuance. We have to be able to distinguish between (for example) transferring control of a public housing complex to a private landlord (‘privatization’), in pursuit of the corporate/neoliberal agenda, and transferring control of that same public housing complex to the residents themselves (‘cooperative conversion’), under pressure from grassroots popular mobilization. If we refuse to make this distinction, either by celebrating privatization as a victory against the state or by vilifying cooperative conversion as if it were itself a type of privatization, we fall into one of two familiar traps: the temptation to see the state as the main enemy, letting corporations disastrously off the hook, or (more likely among leftists) the temptation to align ourselves politically with the ill-fated project of ‘public administration socialism,’ in which the Left plays the role of supporting the capitalist state as a bulwark against corporate power.

This is at the heart of the Left’s historic failure to champion freedom and democracy against not only their corporate enemies, but their bureaucratic-statist enemies, as well. Once taking this path, the Left quickly finds itself defending the state against the negative experience of it that so pervades the lives of poor and working-class people, even to the point of championing the increase of taxes on workers as ‘progressive’ because it supports the state.

The Left, or at least the radical Left, needs to remember that its project by definition demands that sweeping social reorganization and reconstruction from below be entertained and where possible carried out. Sometimes, this means tactically defending public services, run on a non-profit basis by the state, against the immediate threat of profit-motivated privatization, which we rightly oppose as a step in the wrong direction altogether. But ultimately, the Left must aim higher than state-administration: the Left must aim to replace both the profit-motivated private sector economy and the bureaucratically administered public sector economy, in favor of a community-based, democratic and egalitarian post-capitalist economic democracy. This means that we must admit the obvious: that publicly owned enterprises and public services offered by the capitalist welfare state do not meet this standard by any stretch of the imagination. Our project demands a civil society strategy, not a statist one. What we fight for is not a bigger, more expansive state, but more democratic and egalitarian forms of grassroots popular self-organization: a more participatory and community-based set of economic and political institutions, controlled from below by working people themselves.

Above all, a civil society strategy is necessary because our world needs a Left that can inspire hope, not just for a more productive and well-administered society, but for a freer, more democratic, less alienating society, controlled directly by its members, as opposed to being controlled by administrators, supposedly acting in the public interest. This ideal of a ‘community-based socialism’ was a vision that once united the entire radical Left – Marxists and anarchists, guild socialists and Owenites, syndicalists and council communists – and I think there is reason to hope that it could some day do so again. •

This article appeared as part of Rabble‘s “Reinventing democracy, reclaiming the commons” series.

Steve D’Arcy is an economic democracy activist and a climate justice organizer in London, Ontario, Canada. He is the author of Languages of the Unheard.