The Ontario Mining Act, Political Prisoners and the Right to Say “NO”

In February 2008, the leadership of the Ardoch Algonquins were sentenced for contempt because of their unwavering opposition to uranium exploration on their traditional territory in eastern Ontario. Bob Lovelace, a university professor from Queen’s University and an Ardoch spokesperson, was sentenced to six months detention and fined $25,000 (with further costs against himself and other community members pending). Chief Paula Sherman was fined $15,000. Leaders of the Shabot Obaadjiwan First Nation also face contempt charges. 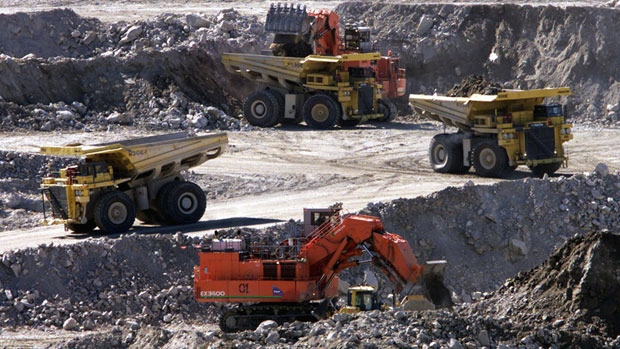 On March 17th, the Chief and five members of the Council from Kitchenuhmaykoosib Inninuwug (KI) in far northern Ontario were sentenced to six months in jail for their peaceful opposition to drilling for platinum on their traditional lands. Charges against former KI spokesperson John Cutfeet will be heard on June 2. The Aboriginal leaders say it is their responsibility to protect their lands from drilling.

Non-native property owners in southern Ontario have also been charged with contempt. They are protecting their own lands from mineral staking, as well as supporting the indigenous struggle. On March 18th, the Superior Court in Kingston dismissed charges against three of them, including Frank Morrison, but the next day, six other “settlers” were charged with contempt just for being in the vicinity of the mine site. Their charges have not yet been heard.

Why is there a growing outcry?

There is a growing outcry across Ontario, demanding an end to mining’s privileged access to land, and the right of affected peoples and communities to be able to say “no” to mineral exploration and mining development. A loose collaboration of groups from the Aboriginal, environmental, social justice, anti-poverty, development and human rights communities have come together to demand that the Ontario Mining Act be changed. There are weekly rallies and protests across the province.

At least 11 other First Nations in northern Ontario have called for a halt to staking and drilling on their traditional territories;

Twelve municipalities and 2 counties in southern Ontario have supported requests for a moratorium on uranium exploration and mining in the Ottawa River Watershed.

The Ottawa City Council passed a resolution on February 27, 2008 petitioning the Province of Ontario and Premier Dalton McGuinty to initiate an immediate moratorium on uranium mineral prospecting, exploration and mining in Eastern Ontario and the Ottawa River watershed until such a time that all environmental and health issues related to uranium mining and native land claims are resolved. The City also asked Ontario to undertake an immediate comprehensive public review of the Mining Act.

No less a voice than the Environmental Commissioner of Ontario (ECO) called for reform of the Mining Act in his December 2007 report.

The ECO stated, “[t]he existing regulatory structure treats public land as freely open to mineral exploration. The consideration of other interests, such as protection of ecological values, is reactionary, and the question of whether mineral development may be inappropriate is not answered upfront. Instead it is assumed that mineral development is appropriate almost everywhere and that it is the “best” use of Crown land in almost all circumstances.”

What is Free Entry?

The free entry system is a method of granting mineral rights and giving the mining industry free access to lands in its search of minerals. It is the system of mineral tenure in place throughout Canada with the exception of Alberta. Ontario’s Mining Act allows exploration activities, including felling trees, blasting and drilling, trenching and the construction of temporary roads and shelters, without any public consultation or environmental assessment. When and if an economically viable mineral deposit is found, there is no effective bar to the development of a mine.

Free entry is an old European concept based on the right to minerals regardless of who owns the surface rights. The Mining Act of Ontario was passed in 1873 and was developed at a time when picks and shovels were used for mining. Technology has changed dramatically over the years, but the system has not. It gives individuals and mining companies the exclusive right to Crown-owned mineral substances from the surface of a mineral claim downwards.

There are three primary rights associated with the system of free entry:

The Mining Act free entry system fails to recognize First Nations on a nation-to-nation basis and as treaty partners and violates First Nation constitutional rights to consultation and accommodation prior to government decisions being made that might affect their interests.

What are some of the demands?

The collaboration of groups that have come together to end Free Entry and secure justice for the political prisoners are demanding that the provincial government:

What are the underlying economic issues?

When the mineral industry talks about “sustainable mining,” they neglect to tell us that:

Although it may create short-term capital infusion for desperate communities, mining does not provide a sustainable base for the development of local economies. The government investments that are required to open new mines and keep mines operating, would be better spent on remediation and closure, on sustainable, closed-loop and import-substitution economic development for remote communities, on research and support for metals recycling, and on caring for the health concerns of affected residents.

Where mining does take place, it must be made to better serve the development needs for an entire region, through effective land use planning and decent resource rents.

At present, the greatest government investment in communities where mining is declining is in keeping the mining sector going through subsidies; through finding a new ore body; and/or through re-mining tailings and waste rock etc. Once a region commits to one mine, it is committing to mining as long as ore can be found. The mining industry advocates for planning policies that “sterilize” areas of significant mineral potential from development other than mining. In the long run, as the environment becomes more polluted, everyone comes out worse.

The junior mining industry which does most of the exploration, is, in fact, only mining investors, and provides more jobs and economic stimulation on Bay Street than it does in the north. Most rich deposits have already been depleted; the cost of developing new mines is spiralling out of control; and credit is very hard to find. The only companies able to build new mines now are large multi-nationals that have been able to benefit from high commodity prices, and have cash to burn. Increasingly, they are using their wealth in mergers and acquisitions.

This is not a pretty picture, and is likely to get worse. •