A Real Alternative: The Canadian Election and Childcare Policy

It’s a good thing that childcare has become a key issue in this Federal election campaign. Canadians need a well-developed network of early learning and childcare programs. It begins to recognise that childcare represents a good investment in our future, establishing strong foundations for lifelong learning. More importantly, a good early learning and care system supports young children as citizens in the “here and now” and, though the politicians seem to have forgotten this, equality between men and women. What kind of system are the parties offering?

What Is On Offer: The Political Parties and Childcare Policies 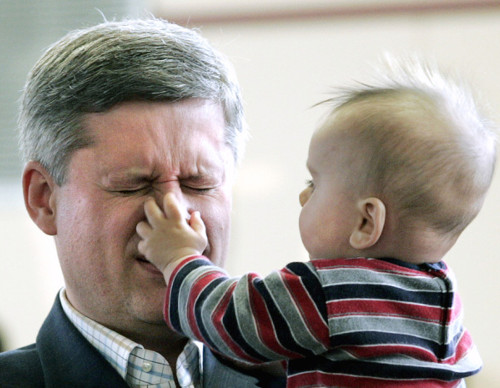 The Liberals promise to build on the foundations laid in 2005 through the bilateral agreements negotiated with all ten provinces (the first time Quebec has signed on in over a decade). These agreements, though by no means perfect, represented a first step toward providing accessible and affordable care for pre-school children across Canada. They involved a 5 year commitment to spend $5-billion on registered early childhood learning and care programs. In promising to extend these agreements for an additional 5 years, the Liberals are coming closer to providing the kind of stable funding that is needed. In addition, the Liberals would make childcare an eligible infrastructural investment under the Strategic Infrastructure Fund and the Municipal Rural Infrastructure Fund – a step toward recognition that childcare is an essential element of Canada’s social infrastructure and a way of ensuring that Canadians living in big cities and rural municipalities alike can get access to affordable, quality early childhood learning and care.

The Conservative’s policy is very different. They would rip up, not strengthen, these agreements. What would this mean? The provinces are now preparing to use the significant infusion of federal dollars under the agreements to generate desperately needed new early learning and childcare spaces. If a federal Conservative government pulls the plug, Toronto alone will lose 5,000 places. In Sudbury, more than 300 children will be denied access to quality childcare and a number of licensed programs will have to close. In Calgary there are currently licensed spaces for only 15% of preschool children, even though more than three quarters of women aged 25-44 are employed. Canadians need those spaces. Early learning and childcare is an important part of the social infrastructure for the 21st century and it can’t be built without substantial public investment.

What would the Conservatives offer in their stead? There are two components to the Conservative’s proposal. The first, the “choice in childcare allowance”, is a tax benefit that would mean a maximum of $1,200 per year, but only if one parent is not earning. Working parents would have that taxed back. This is not a childcare policy at all. At best it represents a partial restoration of the old family allowance program, which recognised that parents with dependent children encounter extra expenses and thus deserve extra support. It would be much better to adopt a decent universal child allowance and, at the same time, increase public investment in early learning and childcare.

The Conservatives claim that they will provide support for the creation of 125,000 new childcare spaces through a new Community Childcare Investment Program. How? Not by public investment that would help cover both capital and operating costs. The Conservatives would offer employers and “communities” a tax credit for creating (not maintaining) new spaces. This kind of policy has been tried before, but not in the European countries that have strong universal early childhood learning and care programs. No, it is what the Americans have done and look where it has landed them – amongst the worst of OECD countries when it comes to accessible, affordable, quality childcare.

The NDP would go further than the Liberals, making childcare a right equivalent to health care through a new federal childcare act – something that was called for as long ago as 1970 by the Royal Commission on the Status of Women. They would also increase the amount which the federal government would invest in childcare over what the Liberals have promised and make it a permanent commitment. Theirs is the best policy currently on offer but it is still one with significant silences and shortcomings in a number of areas from pedagogy to democracy and equality.

• A socialist early learning and care system would recognise that childcare is a key to equality between the sexes and despite what some may think, we still have a long way to go on that score. To be sure, it is not the only step needed. Among other things, we also need genuine parental leave programs, designed to encourage men as well as women to share in the care of children at home. A socialist society is one in which men and women both have time to care and time to work. Our current parental leave program does not do much to promote this. Too many fail to qualify for parental leave insurance and the rate of reimbursement is too low to encourage “the higher earner” (in most cases, still the father) to take time to care. In Sweden, however, parental leave is reimbursed at 80% of pay and two of the 13 months leave are “daddy months” – i.e. if they are not taken by “the other parent”, they are lost. Closer to home, Quebec introduced a more generous parental leave insurance, which also includes groups like the self-employed.

• A socialist early learning and care policy would not reduce childcare to the foundation for “life long learning,” needed to secure the kind of flexible workers needed for future competitiveness. Rather, it would be based on pedagogical principles that recognise that children are also citizens in the “here and now”. The Mayor of Toronto’s Roundtable on Children and Youth has adopted a policy which explicitly recognises this and this is the kind of pedagogy that is at work in numerous (mainly non-profit) childcare centres across the country.

• A socialist childcare system would be delivered by public or non-profit providers. Study after study has demonstrated that non-profit centres offer better quality. And non-profit provision is still the majority form in Canada, though for-profit provision has been growing over the last decade and the new Liberal agreements do nothing to prevent this. Only the Saskatchewan and Manitoba agreements expressly forbid use of the new federal dollars for commercial provision.

• More broadly, it would be designed to support the needs of all children. Of course this means full inclusion of children with special needs, with public support to back this. But it also would take the form the core of a neighbourhood “hub” system, in which childcare would form an essential core of a broader range of children’s services. Among other things, the hubs provide drop-in spaces and toy-lending libraries for parents or other domestic caregivers as well as access to public health services and supports for children with special needs. Again this is not utopian – though it has been the dream of childcare advocates for decades. Vancouver’s ten year plan is based on the hub model and the city has done what it could to implement this. The funds due to come via the bilateral agreement could offer a chance to realise the vision. Similarly in Ontario, the “Best Start” plan builds on the hub model, with elementary schools the home for childcare and access point for a host of other children’s services. Quebec’s “centres de la petite enfance” have operated as hubs of their childcare system (although the Charest government, inspired by ideas similar to those of the Harper Tories, is threatening to destroy this). Thus the YWCA’s “blueprint for community architecture for early childhood learning and care” projects – in Vancouver, Halifax, Martinsville, Saskatchewan, and Cambridge, Ontario – can rightly claim that the hub is a pan-Canadian model.

• A socialist early learning and care policy recognises the value of work done by childcare providers in the form of just wages and opportunities for development on the job. Some of the provinces have taken steps in this direction, introducing wage enhancement grants, which make it possible to have affordable childcare but not on the backs of those who provide it. Most recently, Manitoba has made fair wages a central element of its childcare policy and in Quebec, childcare workers are covered by collective bargaining, a key to ensuring fair wages and decent working conditions.

• A socialist childcare policy would also include programs for school-aged children. None of the programs launched by the Liberals – Early Childhood Development Initiative, the Multi-lateral Framework Agreement or the new bilateral agreements – include school-aged children. In Quebec, however, all school boards are required to provide after-school care where there is need. In Montreal, the five boards offer after school care at over 80% of their schools. This policy does not cover children during the summer or during spring break and families have to turn to recreation programs. Some cities have well-developed, high quality summer and break programs, with support for families who can’t afford them but many municipalities contract out or simply leave it to the private sector. A socialist policy would support and encourage high quality programs at the municipal level.

• A socialist early learning and care policy also rests on democratic control, both at the micro (hub) level and across the municipality. Thus the hubs would be responsible to a board elected, with parents and other users constituting the majority. This is the system established in Quebec by the previous government. In addition, to ensure equity in the distribution and quality of hubs across a municipality, there is also need for oversight by a democratically elected body. In Quebec, this might take the form of the regional conference of the elected, which include both elected municipal officials and civil society organizations. In Ontario, municipalities are responsible for managing childcare, including the development of five year plans.

The experiments noted above are drawing some support from the current bilateral agreements, especially in some provinces, like Ontario and Manitoba. Instead of ripping them up, as the Conservatives would do, the agreements need to be strengthened – with more money and a long term guarantee of stable funding. They also need to get the provinces to commit to non-profit provision, which time and time again has been shown to offer higher quality than commercial care. Unionization of childcare workers needs to be supported. Finally the agreements need to be extended to include school-aged children so there will be no more “latch key” children. •

Rianne Mahon holds the CIGI chair in comparative social policy and global governance at the Balsillie School of International Affairs and Wilfrid Laurier University. She is an editor of journals such as Global Social Policy and Social Politics.