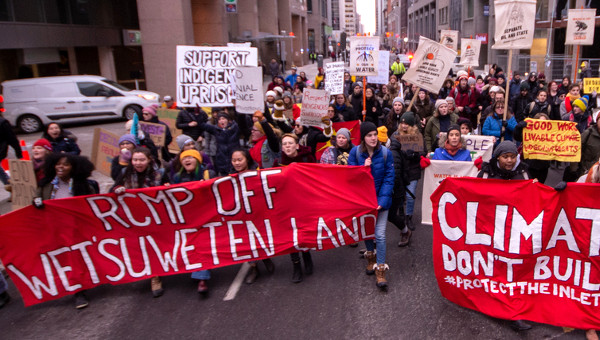 The RCMP raids over the last days on the orders of the Canadian government on Wet’suwet’en protestors blocking the construction of a $6.6-billion pipeline, by Coastal GasLink for a liquefied natural gas project in Northern British Columbia, has set off a storm of blockades, protests, and occupations across the country. It is impossible not to … END_OF_DOCUMENT_TOKEN_TO_BE_REPLACED

The Bullet is an online publishing venue for the socialist Left in Canada and around the world. It publishes articles by socialist thinkers and activists, and all those seeking to go beyond capitalism. Learn more »