This is a photo from 1981. It’s a protest by migrant care workers. Their signs all read “Landed Status Now.” 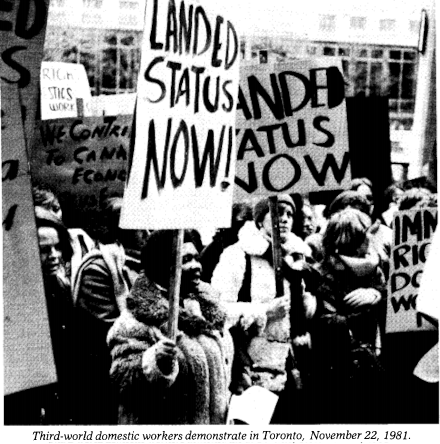 Temporary immigration has really only ballooned to where it is today over the last 20 years. Where there used to be thousands, there are now at least 1.2 million people on temporary work, study and refugee claimants permits. Most of them cannot stay permanently, and eventually are forced to stay here without papers or leave. As a result, there are now half a million undocumented people in the country.

This means that a total of 1.7 million people do not have decent jobs, worker protections, or access to universal healthcare. They are separated from their families. Undocumented people are criminalized, living in fear of detention and deportation.

While the massive expansion is new, temporary migration is as old as Canada itself. The railroad that connected the East and the West, and allowed Canada as we know it to even exist, was built by Chinese Railroad Workers. Paid low wages, they did the most dangerous jobs, and did not get citizenship rights. Many became undocumented. 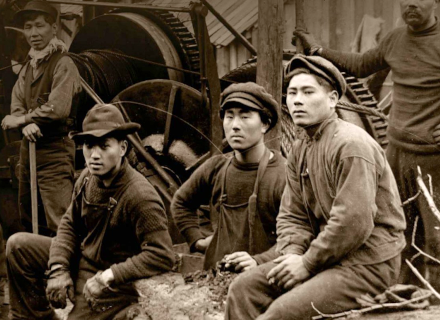 Permanent resident status for everyone has always been opposed by the richest few at the top because by denying it, they can exploit migrants more. They keep trying to trick the rest of us into attacking migrants, because when we are fighting each other, we are not holding those at the top accountable.

In our defense, it didn’t seem very promising, the letter says the government should “further explore” regularization. That sounded like public relations language that wouldn’t result in meaningful changes.

But thousands of migrants, part of the 40 organizations in the Migrant Rights Network coalition, identified Status for All as their priority for action in our survey this spring. Then in May, Parliament passed a symbolic motion to support permanent resident status for migrants of all skill levels.

This is new, because the reason given to deny permanent residency rights to migrant workers is that we are deemed “low-skilled.” 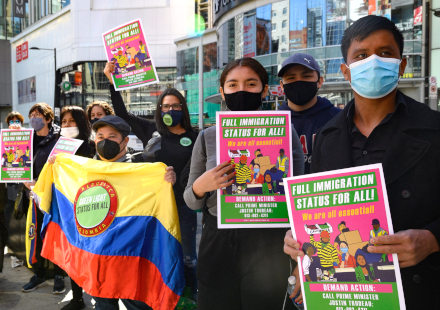 So at the start of the summer we began a new push. We launched a petition, met with MPs and government officials and most importantly escalated migrant organizing.

Last week, government officials confirmed to the Toronto Star – ‘off the record’ – that regularization was on the horizon. That was a news story.

Yesterday, the editorial, the newspapers’ official position came out not only supporting regularization, but (mostly) supporting our position. Now newspapers rarely take a non-mainstream position, they go where they think the wind is blowing. And this tells us that wind is blowing in our sails.

But we have come this far before, promises made have been broken. The federal government could just “explore” forever, or under pressure from the super rich they could create a tiny exclusionary program. But we have power right now. We have come so far, decades of work have created this historic opportunity. We can win bigger if we push harder. •