The Israeli Committee Against House Demolitions (ICAHD) welcomes Amnesty International’s valuable and comprehensive report, Israel’s Apartheid Against Palestinians: Cruel System of Domination and Crime Against Humanity. Placing Israel’s apartheid regime squarely within the framework of human rights, it sets out in great detail just how Israel’s “institutionalized regime of systematic oppression and domination over Palestinians” stands in gross violation of international humanitarian law.

It is to be noted to Amnesty’s credit that unlike most human rights organizations, Amnesty understands that the apartheid regime covers the entire country, Israel and the Occupied Palestinian Territory alike, and not only the latter. By beginning its investigation of the roots of apartheid in 1948, it shows the systemic nature of that regime of segregation and oppression, one that grounds apartheid in a country-wide project of settler colonialism intended to displace the Palestinian population altogether. 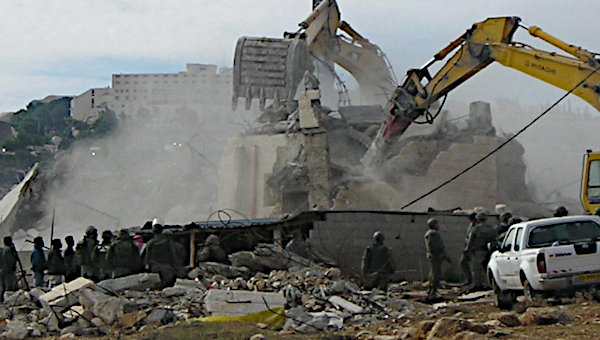 The Amnesty report empowers us, grassroots supporters of justice in Palestine, by showing us the many legal instruments at our disposal that we should more effectively employ in our quest for justice in Palestine. The problem we all encounter as we look to international law for justice, of course, is that governments and courts have been given the responsibility to enforce them – and refuse to do so for political reasons.

Amnesty candidly admits this. “The international community,” it states, “has stood by as Israel has been given free rein to dispossess, segregate, control, oppress and dominate Palestinians. The numerous UN Security Council resolutions adopted over the years have remained unimplemented with Israel facing no repercussions for actions that have violated international law.” It is worth noting that within an hour or two of the report’s release, the US State Department not only “rejected” the report but the US ambassador to Israel called it “absurd.” In a self-damning statement, the ambassador declared that the language of the report, the language of human rights, “is not language that we have used and will not use.” Courts throughout the world also refuse to hear cases of Israeli human rights abuses even though the doctrine of universal jurisdiction requires them to do so. 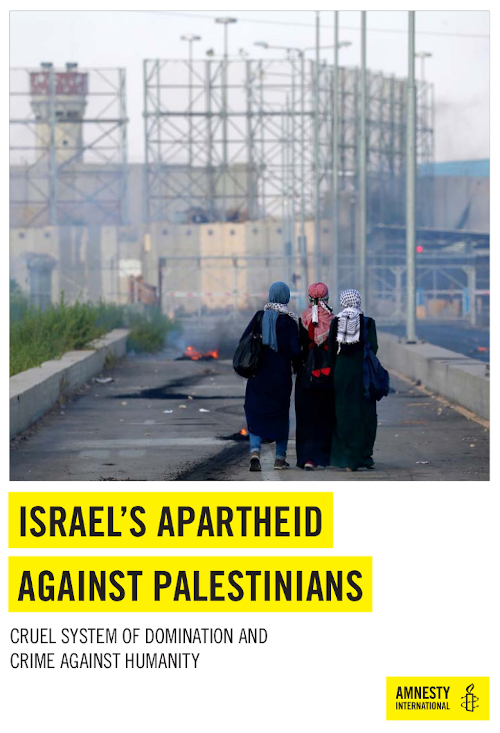 As an Israeli political organization dedicated to promoting a just political settlement together with our Palestinian and critical Israeli partners, ICAHD recognizes the power of the international community, operating under international law, to end Israeli apartheid. If only our governments would enforce the human rights laws they themselves enacted and impose the sanctions on Israel contained in their own laws, Israel’s apartheid regime would collapse from the very weight of its illegality and injustice. That will only be realized, however, if we, grassroots advocates for Palestinian rights, take up Amnesty’s call and focus public pressure on our complicit governments to act.

In this report, Amnesty states that its work on the Israel/Palestine issue “aims to support Palestinian civil society and Israeli organizations in their efforts to end Israel’s oppression and domination over Palestinians.” In response, ICAHD calls on grassroots activists to review Amnesty’s 70 concrete recommendations for action – pressuring our government to enforce the legal instruments criminalizing apartheid, for instance, imposing an arms embargo and other targeted sanctions on Israel, banning settlement goods, prosecuting perpetrators of crimes under international law – and translate them into effective political campaigns.

We all recognize that enforcing international law does not genuinely end oppression; a political solution is required for that. By the nature of their work, however, human rights organizations stop short of advocating for political solutions. Removing the yoke of apartheid from the neck of the Palestinians is a necessary first step, and towards that end this report provides useful direction. But as in South Africa we realize that the apartheid situation, rooted as it is in settler colonialism, can only be ended through a process of decolonization, for which we shall have to fight politically. Only then can we move on to a new, just and inclusive post-apartheid reality. •

Israeli Committee Against House Demolitions (ICAHD) is and strives to be an actor in the political process of ending Israeli violations of international law.