It has been a year-and-a-half since CBC exposed that the Doug Ford government cancelled the annual surprise inspections of long-term care homes after it took office in 2018 and 17 months since Premier Ford promised to reinstate those comprehensive inspections. Yet, the announcement on October 26, from the Ford government’s Long-Term Care Minister Rod Phillips is again long on PR, but explicitly does not commit to finally reinstating the annual comprehensive inspections. 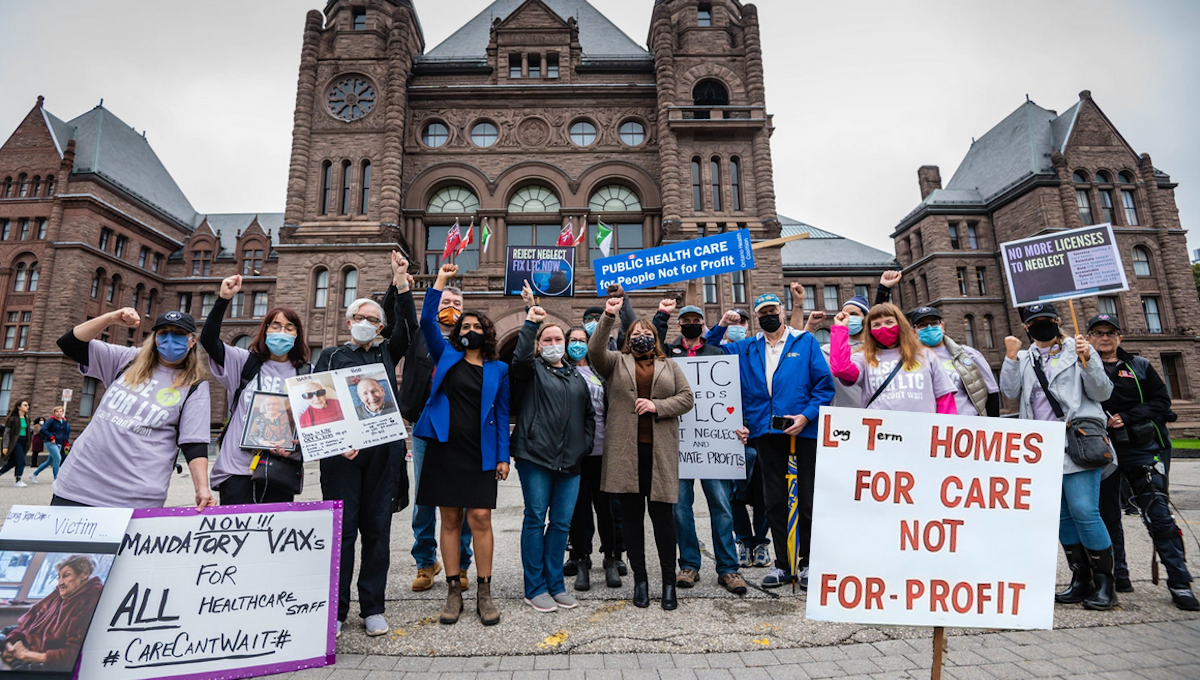 Ford Government: Not in the Public Interest

“The fact that the Minister pointedly did not promise a reinstatement of the in-depth surprise inspections that the Ford government cancelled after it took office is a major failure. It neither conforms to what the Long-Term Care Commission recommended, nor does it serve the public interest. It does, however, suit the interests of the for-profit long-term care industry that has long lobbied against annual comprehensive surprise inspections,” noted Natalie Mehra, executive director.

“On long-term care, words are cheap from the Ford government at this point. We don’t need any more announcements about what they say they will do years from now, after the next election when it will be impossible to hold them to account. People in long-term care are suffering now, and they have been for a long time, and this government has done a lot to protect the interests of the for-profit industry but has broken repeated promises to improve care and hold the terrible long-term care operators accountable.”

On the positive side, the Minister is promising 200 new long-term care inspectors with investigative skills. This is good. However, they have to enforce care standards in a meaningful way, which has not happened and is an anathema to the for-profit long-term care industry which has many close ties with the Ford government. The Coalition is waiting to assess what the Minister actually does regarding enforcement when it is revealed.

On the negative side, like all promises in long-term care – the hiring of the inspectors is delayed until after the next provincial election in June 2022, enabling the Ford government to claim it is doing something to improve long-term care without actually doing it. The Minister says the inspectors will be hired by the “fall of 2022.” The reason for skepticism? To date, the Ford government has repeatedly announced tens of thousands of PSWs (personal support workers) for long-term care who have not materialized, and a staffing strategy that puts off to 2025 the much-promised increase in staffing to get care levels up to a safe standard. It refuses to fast-track the increase in staffing (and thus care) despite the calls by everyone with a public interest perspective on the sector, including the LTC Commission, to make this a top priority.