The Struggle for Development: The Labouring Classes in Turkey

The below is drawn from the preface for the newly published Turkish edition of The Struggle for Development, first published in 2017. The original edition aimed to root development thinking and practice in the analysis of class relations, and intellectual and political support for labouring class struggles. Turkey is experiencing numerous social struggles that illuminate the relevance of the arguments in this book. It is my hope that this book contributes to illuminating the social, developmental, value of these struggles.

The majority of development thinking across the political spectrum – whether theoretically or policy focussed – tends to downplay labouring classes, their struggles and the gains they generate. Rather, such struggles are usually ignored or are portrayed as obstacles to development, because they do not adhere to dominant capitalist notions of development. 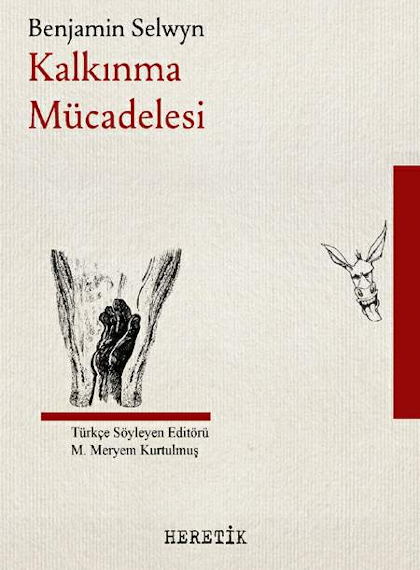 Capital accumulation is driven forward by constant competition between capitalists based on surplus value appropriation from labour. There is no temporal, geographical, or monetary limit to capital accumulation, and consequently, without opposition, it will continue indefinitely. The impacts upon the environmental are now visible to an increasing number of the world’s population – with climate breakdown forecast to decimate the lives of hundreds of millions of people through undermining the natural environment upon which we all depend.

Capitalism’s ability to generate and extract surplus value from workers is an institutionalised process. Under capitalism two historically particular spheres exist – the sphere of paid wage labour, and the sphere of unpaid reproductive work. Many Marxist analysis has focussed upon the former sphere, but this book argues that these two spheres are co-dependent and mutually constitutive. Without the sphere of unpaid reproductive work, the sphere of paid wage labour would not exist. For this reason this book argues that labouring class struggles are not simply confined to workplace struggles but include struggles over social reproduction – who pays for rearing the next generation of workers and for ensuring that their day to day needs are met?

Since the publication of the English edition of this book in 2017, there has been an explosion of movements and struggles for racial justice. Movements such as Black Lives Matter have highlighted how white supremacy permeates many aspects of our daily lives – from institutions, to the working of the economy through differently valuing the labour power of black and white workers. Capitalism depends upon racism as a key mechanism of divide, rule and devalorisation of the lives and labour power of different sections of the world’s labouring class.

Labouring class struggles for better wages and conditions in workplaces, for greater provision of social reproductive resources, for racial justice, and to end capitalism’s war on the environment are all part of a larger struggle for a real human development. Real human development entails, ultimately, the struggle against capitalist exploitation and the establishment of a global society based upon democratic human cooperation.

This book was first published in 2017, and the world has changed much since then. COVID-19 has illustrated the profound damage that capitalist industrial agriculture is doing to the world’s environment and how this, in turn, is catching up with ever-larger numbers of the world’s population. The emergence of deadly pathogens, following continuous encroachment of industrial-scale farming into forests hosting myriad species that were previously relatively distant from humans, will not stop unless the system of agriculture is transformed.

The problem with capitalist agriculture, as with all other branches of capitalist industry, is that it exists in a context of, and is designed exclusively to maximise profits. This means that other concerns – from environmental sustainability to workers’ wellbeing, to the provision of adequate, healthy food for the world’s population – are secondary. The impacts of the pandemic upon food provision for the world’s population have been dire. Between 2019 and 2020 the numbers of people in the world facing hunger rose by around 161 million to between 720 and 811 billion people. As a recent UN report notes “[n]early 2.37 billion people did not have access to adequate food in 2020 – an increase of 320 million people in just one year. No region of the world has been spared.”1

Another way in which the world has changed over the last 4 years is that neoliberal ideology’s decline has become more apparent. It is being replaced by a different way of governing dynamics of endless capital accumulation. While neoliberal ideology promoted ‘the market’ as the most effective resource allocator, post-2008 economic crisis, post-COVID, and with the ascension of Joseph Biden to Presidency in the USA, the state is back. But this does not mean that the return of the state means a shift of political economic concerns toward labouring classes. What it does mean is a shift from the ideological privileging of the private sector to a more explicit recognition of the role of state capitalism in organising capitalist economies and societies (Alami, Dixon, and Mawdsley: 2021).2 It denotes a significant increase in the centralisation of state power over society combined with and supporting the ever-continuing concentration and centralisation of capital. As William Robinson puts it, the emergent character of global capitalism is based on an “ever more omnipresent systems of mass social control, repression, and warfare promoted by the ruling groups to contain the real and the potential rebellion of the global working class and surplus humanity” (Robinson: 2020, 3).3

Turkey is no stranger to the above dynamics, both negative and positive. On the negative side, the Turkish state continues to centralise its power, the economy favours an ever-smaller minority against the majority, workers face political repression and increased exploitation. These moves represent the continuation of a project of long-term, systematic, labour repression initiated by the Turkish state following the 1980 coup d’état.

On the positive side, however, the last decade or so has seen some inspiring cases of labouring class resistance to these dynamics.

In 2010 workers at the Tekel tobacco company waged a remarkable strike. The company, which had been state-owned, was privatised and 12,000 workers were told that they would be redeployed under temporary conditions and their salaries reduced by up to 40%. Rather than accepting this decision, workers at Tekel protested, struck, went on hunger strike and mobilise their trade union Turk-Is to generalise the struggle in their support. The threat of a general strike by Turk-Is, signalled a victory for Tekel’s workers as the government retracted its plans to worsen their pay and conditions.

The Gezi park protests of 2013 sparked a nation-wide movement for change, in which over 3 million people were estimated to have participated in the form of over 5,000 demonstrations. Demands by the movement included an end to police violence, the preservation (non-privatisation) of public spaces, and freedom of expression in a context of state-directed censorship. The Gezi uprising gave confidence to groups of workers across Turkey to pursue their own political economic objectives. In June 2013 workers in Kazova textile company in Istanbul, were sacked without notice and with no severance payment. Rather than wait for elite intervention on their behalf, the company’s workers occupied and shortly afterwards began to run the factory themselves. 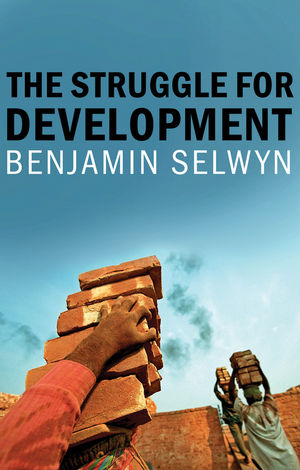 In the spring of 2015 an extraordinary series of strikes were launched by metal workers in Turkey’s auto sector which became known as the ‘metal storm’. Approximately 50,000 workers from 49 workplaces participated in the rebellion. Their struggle was against multi-national auto companies – including Ford, Fiat and Renault – but also against their own trade union Türk Metal. The trade union is a product of the institutionalisation of the 1980 coup d’état, and has been part and parcel of a low-wage, high-discipline labour regime. Türk Metal’s agreement with the auto-TNCs of it workers terms, without any consultation with its membership, was the last straw for the sectors’ workforce, who launched a mass strike wave, and resigned en masse from the union. Gains from the strike were uneven – workers in Renault improved their conditions, while many workers in Ford were sacked. However, many Turkish commentators commended the workers’ strike and the message it sent to the trade union bureaucracy – that workers’ are not prepared to have their labour power sold to multi-national capital in exchange for poverty wages.

Over the last decade the Turkish state has invested heavily in expanding its hydropower networks, in particular along the Black sea coast. However, it has been met with consistent resistance by communities attempting to preserve the natural environment and their rural-based livelihoods. While the Turkish state has deployed ever-more vigorous techniques to suppress these protests, the latter continue.

Recently, women’s struggles in Turkey have moved increasingly centre-stage. In the context of an authoritarian government’s attempts to reverse women’s gains – ranging from reducing abortion rights, to a state-driven pro-natalist discourse entailing the promotion of a three child policy and discouraging women from undertaking wage labour in favour of unpaid domestic work – women’s groups have united and sought international connections. The emergence of the Women’s Platform for Equality is a welcome and necessary attempt to coordinate women’s struggles across and beyond the country in the face of an anti-feminist onslaught.

All of these movements and struggles, and many more, are part and parcel of a struggle for real human development in Turkey. It is my sincere hope that the translation of this book into Turkish contributes to an emergent intellectual counterweight to mainstream capital-centred development thinking within and beyond the academy. I hope further, that the arguments in this book can be deployed to valorise struggles like the ones noted above, and to contribute to a strengthened vision and practice for an alternative, non-exploitative, society. •